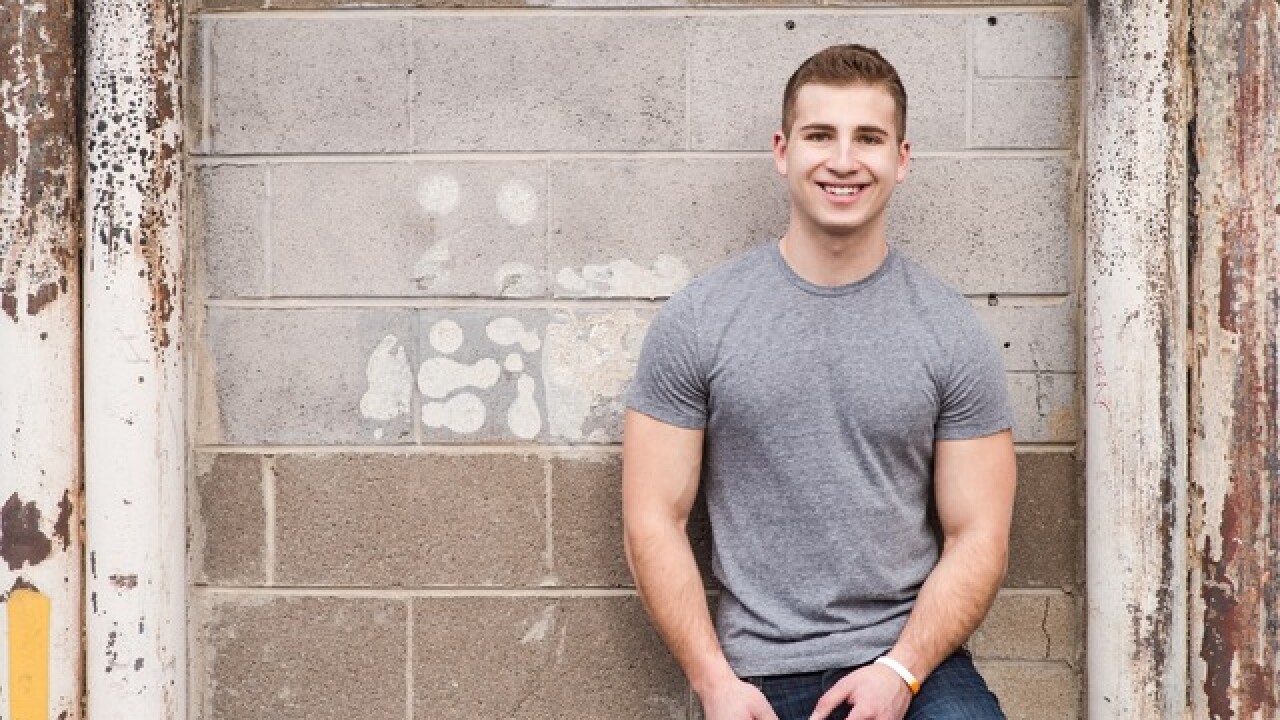 CINCINNATI -- Just a few years out of Sycamore High School, Daniel Katz is moving his company with $10 million in annual sales to Colorado, where he plans to build a corporate headquarters with advice and investment capital from cereal maker General Mills Inc.

“It was less about the money, more about the strategic partnership and the resources they could offer,” Katz said. “We anticipate doing about $75 million (in annual sales) within 24 months.”

Katz will continue to market the same line of products on which his company was founded, including the “No Cow” bar, with 20 grams of plant-based protein and one gram of sugar, a combination that made it popular with body builders. The bars are also dairy free, soy free, gluten free, vegan and non-GMO.

Terms of the investment were not disclosed. But Katz said it’s the first venture capital funding he has raised since launching his company at the ripe age of 18.

“We are impressed with how much D has been able to accomplish for his emerging brand over the past two years,” said John Haugen, Vice President and General Manager of 301 Inc. “We’re eager to help him take his business to the next level.”

Katz said he plans to hire 20 to 30 new employees in the Denver area, where he wanted to locate his company because of the “health-centric” nature of the community. He’s looking to grow distribution beyond CVS drug stores and health-food retailers GNC and Vitamin Shoppe.

As WCPO has previously reported, Katz has been an entrepreneur since the age of 14, when he started breeding geckos for sale on Craigslist.

“He had a whole set up of about 60 of them in our basement,” his father Scott Katz recalled. “He was making good money.”

By the age of 15, Daniel was buying and selling cars. He graduated from Sycamore High School in three years and went to college at 17.

Although his parents advised against it, Daniel left Indiana University after three months to launch a “functional beverage” company in Los Angeles. He sold drinks fortified by amino acids from a delivery truck he drove around Southern California. The company failed, but not before it gave Daniel Katz his next big idea: D’s Naturals.

Starting with the No Cow bar and expanding to a protein-packed nut butter product called Fluffbutter, Katz has grown via online sales and a 10,000-store distribution network. He’s hoping the maker of Nature Valley granola bars can help him test different distribution strategies as he builds a national sales organization and corporate infrastructure.

“They want us to operate independently,” Katz said.

D’s Naturals is the sixth company to receive an investment from General Mills’ venture-capital unit. The company sees it as a way to stay ahead of consumer trends and find “great ideas” in the marketplace that could someday fold into the General Mills product portfolio.

“This is a growth strategy, not an investment strategy,” Haugen said. “Our strategy is to find these early-stage gems and combine that investment capital with really being that indispensible partner for growth.”

Haugen was impressed by Katz’s vision and grit, not to mention the fact that he grew the company to $10 million in revenue before exiting his teens.

“I forget that he’s 20 years old when I’m talking to him,” Haugen said.

While he isn’t sure the company will reach $75 million in two years, he is convinced Katz has the vision and capacity to make it happen. And he thinks there is market potential beyond the body builders who made D’s Naturals a success from the beginning.

“A lot of these opportunities are born out of core loyal fanatical base,” Haugen said. “But when you think about high performance, clean-label snacking, we believe that this is a platform that speaks to a much broader audience.”