Swoon-worthy Fern, a College Hill Instagram success, has become a destination in its own right 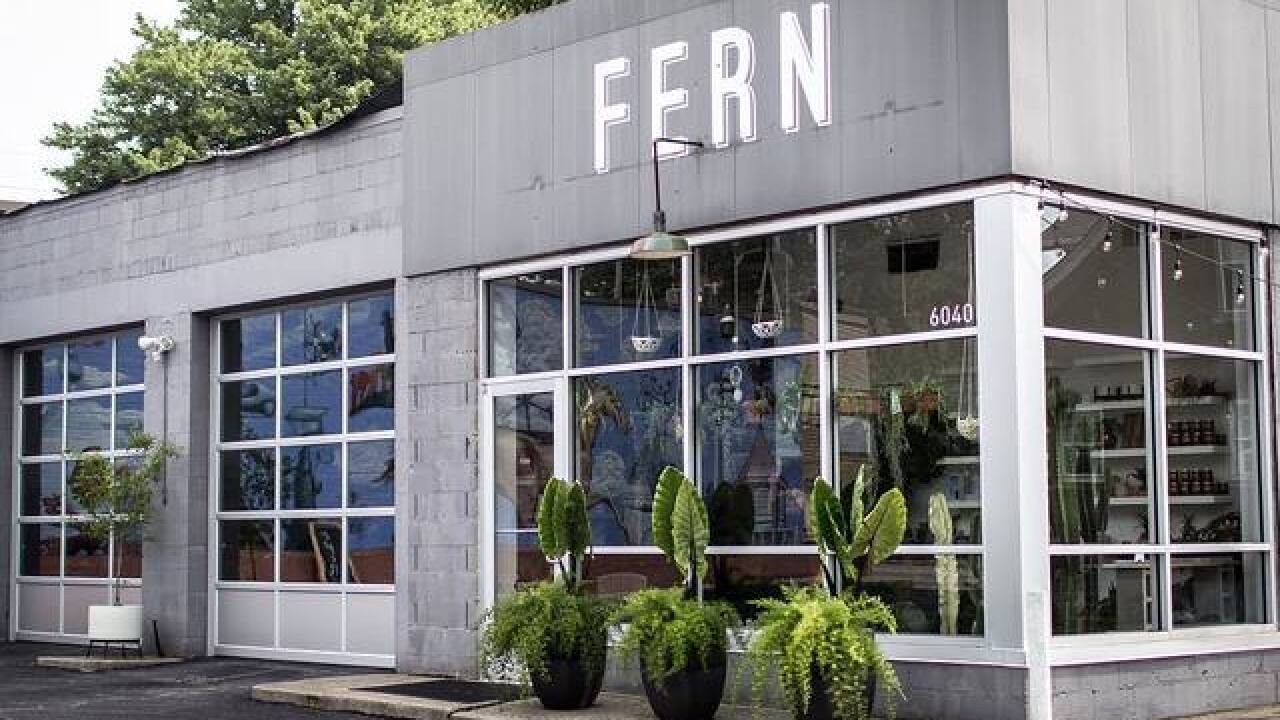 Copyright 2018 Scripps Media, Inc. All rights reserved. This material may not be published, broadcast, rewritten, or redistributed.
Provided
<p>Fern is located at 6040 Hamilton Ave. in College Hill.</p>

Need proof? A shop in College Hill can provide all the eye candy you need.

Fern, an oasis for greenery and home decor, is a destination in its own right, but it's the shop's style and aesthetic that have gained it the most notoriety. Its Instagram sports more than 27,000 followers -- nearly twice as many people as actually lived in College Hill at the time of most recent census.

What's the secret behind this swoon-worthy find? We took a recent trip to Fern to find out.

Megan Strasser opened the entrepreneurial enterprise in 2014, and her small shop has since taken root in a former gas station off Hamilton Avenue, where its trendy gray exterior is fronted by two full-view garage doors that pay homage to its past. Inside, Strasser sells plants ranging from succulents to cacti and every accessory a home built around capital-a Aesthetic could need, including incense, candles, planters and more.

In her past life, Strasser worked as an Anthropologie stylist, ran a mobile coffee cart out of a remodeled 1967 popup camper and sold vintage clothing. Plants may seem like a stretch, but, she said, it's really a new way to explore her lifelong passion: Creating spaces.

"I want people to see what they could do with plants in their home, and my goal has always been to show -- through imagery -- what you can achieve," she said. "I've always tried to keep that consistent and really let the plants do the talking."

If you scroll past a photo of Fern online, Strasser likely took it. Her camera is almost always on hand, and it's important to her that things stay consistent. That "every photo looks like it came from the same place" even though "the store looks different pretty much every week," she said.

Pictures highlight various parts of the shop, different pots or plants and "things we're excited about," she said. Or whatever catches her eye.

Each Instagram post is carefully chosen to fit with the rest, creating a cohesive and visually interesting grid when viewers look at the account as a whole. It's a habit Strasser's carried through to her personal account, too.

"I always check it first, to try and keep it so products aren't always lining up on top of each other or next to each other, that we're doing shots of the store and closeups of plants," she said. "I don’t know if it matters, but it matters to me."

Whatever the strategy, it's worked.

Urban Jungle -- a blog boosting nearly 700,000 social-media followers -- listed Fern as one of its "favorite plant shops in the world" in a 2016 tabletop book. Others, including Green Girl Daily and Domino, a home guide website initially launched by Conde Nast, list the shop's Instagram among their favorites to follow. Cincinnati Magazine, CityBeat and Soapbox have all penned its praises.

The fanfare certainly doesn’t go unnoticed. Strasser said Fern may have more notoriety nationally than locally, and social media is "absolutely" the reason why.

"We've been a destination since we opened," she said. "For a long time, people would come in on a Saturday saying, 'My sister, who lives in California, told me about your store.' In the beginning, I was carrying a few ceramic artists who were really well known around the country and not available in a lot of places, so I think that helped with some of our initial success on Instagram. People found us that way. But it's also the way we've branded ourselves with our imagery.

"If there was a secret, it's just that the aesthetic of the shop has stood out enough to be called out by other people…and I'm super grateful for that," Strasser said.

These days, Strasser still actively promotes Fern's brand but pays less attention to algorithms and the number of "likes" on each post. "I was finding myself being way too driven by it," she said.

Nor is she trying to compete with other shops. The business is now four years old, but longevity means little in retail. It's important that Fern stays true. There are multiple shops in Cincinnati that sell plants, and "we all buy from the same wholesaler," she said, so that's key.

"The shop is really an extension of me," Strasser said. "When we try to compete with other businesses or start to worry about that, we're not going to produce something that's authentic. We all do a lot of the same things, but present it very differently. The vibes and aesthetics are different. And, honestly, it doesn’t affect my bottom line. People are still coming and buying plants, so why would I give that energy? We should all support each other."

As far as Fern's next step, it's anyone's guess. Last year, Strasser expanded into the other half of the old garage, once walled off. She currently hosts classes there, but it could double as rentable event space -- there was at least a recent request for a wedding, which for her is a dream come true.

"I've always seen it that way. I would want to get married here, surrounded by plants," she said.

She often gets requests for home consultations, so that could be another new wrinkle. At the very least, you can bet she'll keep things fresh.

And beautiful. Our eyeballs are thankful.

"There's so many times where I think, 'How did this happen?' But it did, and we're just going to keep doing it and riding it out."