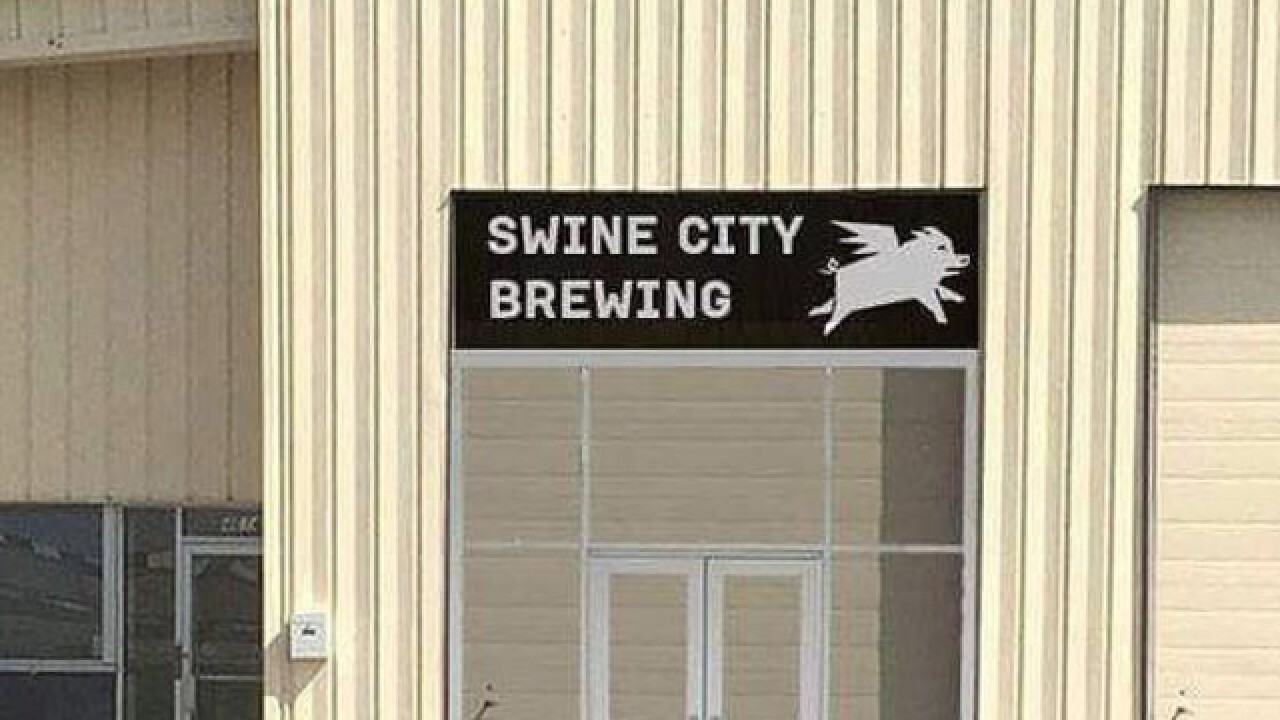 Copyright 2017 Scripps Media, Inc. All rights reserved. This material may not be published, broadcast, rewritten, or redistributed.
Provided
<p>Swine City will soon open on Industry Drive in Fairfield.</p>

FAIRFIELD, Ohio -- The owners of Swine City Brewing are busily preparing to open Fairfield's first brewery -- but they don't expect it to be the last.

Permits are being processed, construction is wrapping up and the owners recently moved brewing equipment to the brewery at 4614 Industry Drive. Glycol, set to be delivered in late September, is the last thing needed for brewing, but a firm opening date hasn't been set yet, said Dan Ebben, co-owner and head of production and brewing for Swine City.

"We're excited to see them open up," said Alex Kraemer, economic development manager for the city of Fairfield.

Ebben first began producing alcohol with a wine fermentation kit he found in a former home before he was even 21. He continued his hobby with a basic beer fermentation kit, gaining support from family and friends as he shared the results of his labors.

The decision to set up shop in Fairfield was partly a matter of proximity and familiarity.

"One of the biggest reasons that we picked Fairfield is because we're all pretty much from Fairfield or close surrounding areas," said Chris Schulz, marketing and tap room manager for Swine City. "We know the community, we know the people here. We kind of know what people like around here."

Fairfield city officials also were the most responsive among the municipalities the brewery's owners reached out to, and the absence of other breweries in the city left an opening in the local market as well.

"There's a blank space in the brewing community, and that's Fairfield," Ebben said.

"You've got Municipal in Hamilton and DogBerry in West Chester … but nothing like that in Fairfield," Schulz said. "We kind of wanted to give that to our city."

Swine City's location in a more industrial part of the city may not initially drive people to the brewery, but Kraemer anticipates the brewery's offerings will draw people from surrounding communities.

"I do think it's going to help bring folks to Fairfield," he said.

While the location is a bit removed from the main thoroughfare of Dixie Highway, the 1.6 acres on which the brewery is located make it a good location for live music, food trucks and even farmers markets.

That suits Ebben's hopes to draw together community members. He sees Swine City's status as Fairfield's first brewery as a chance to do just that.

"I think it gives us an opportunity to create a community hub and gathering space," he said.

The emphasis on Swine City's role as the first -- rather than only -- brewery in Fairfield isn't intimidating, though, he said.

"I know that we're not going to be the last," Ebben said. "And I'm completely open to that."

"We're all very excited about that possibility," Schulz said.