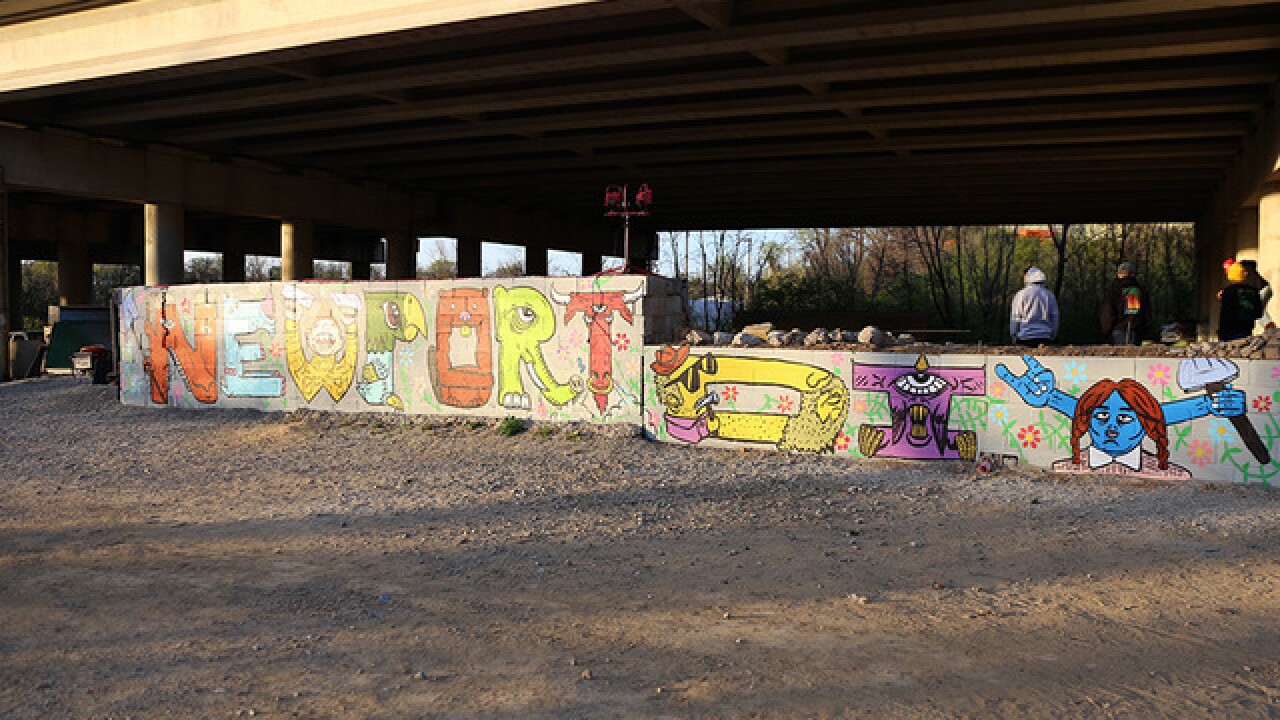 Emily Maxwell | WCPO
<p>A crew from local skatepark Newport DIY, located under the I-471 Bridge and across from Newport High School, designed and painted a mural in honor of the city that supports them.</p> 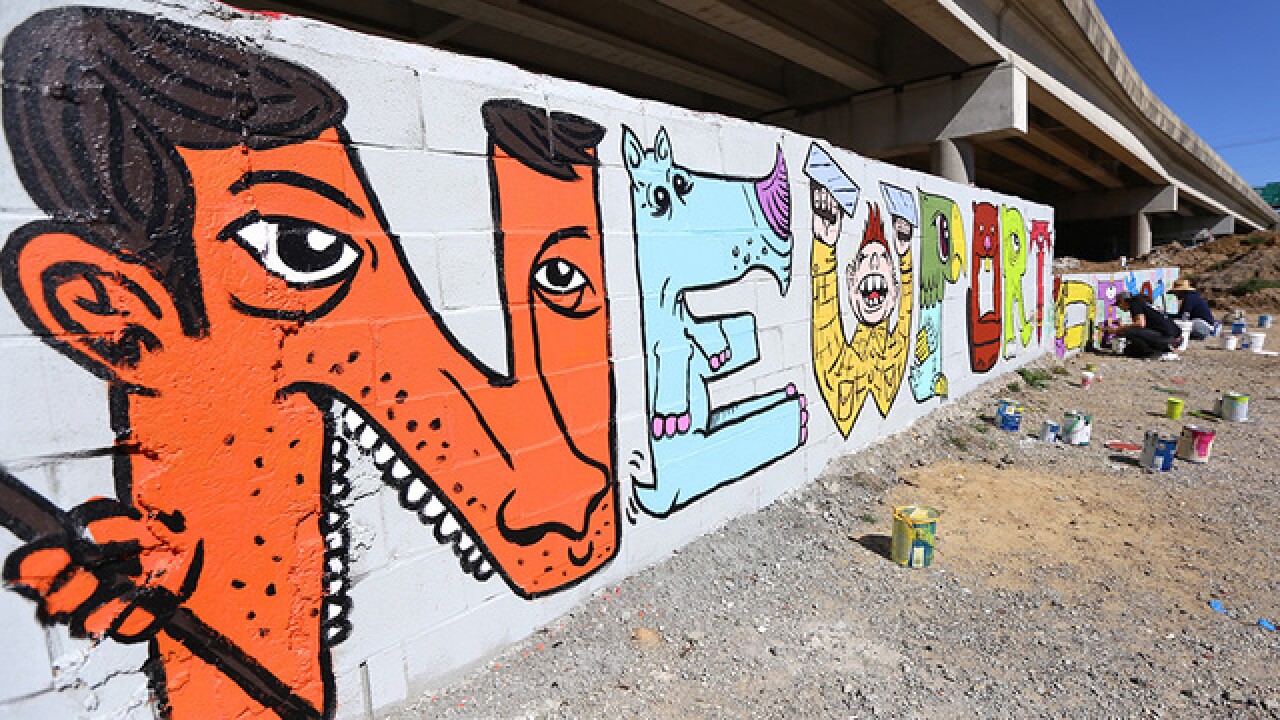 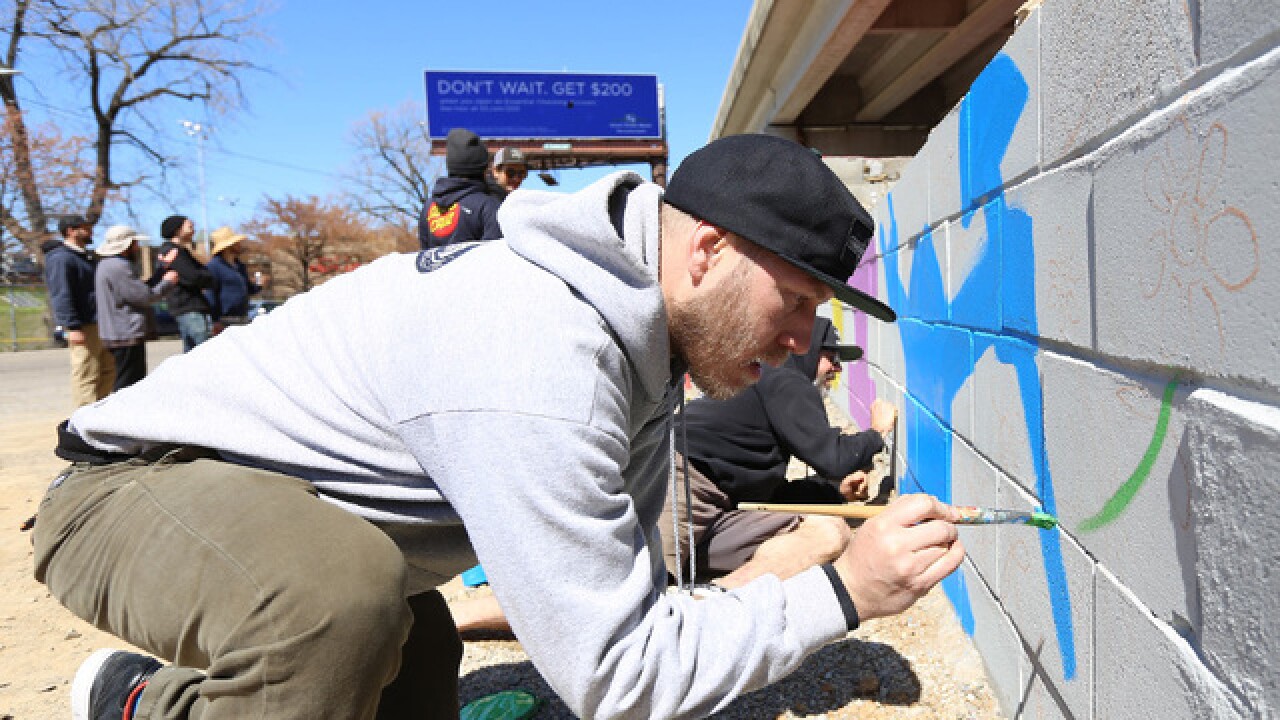 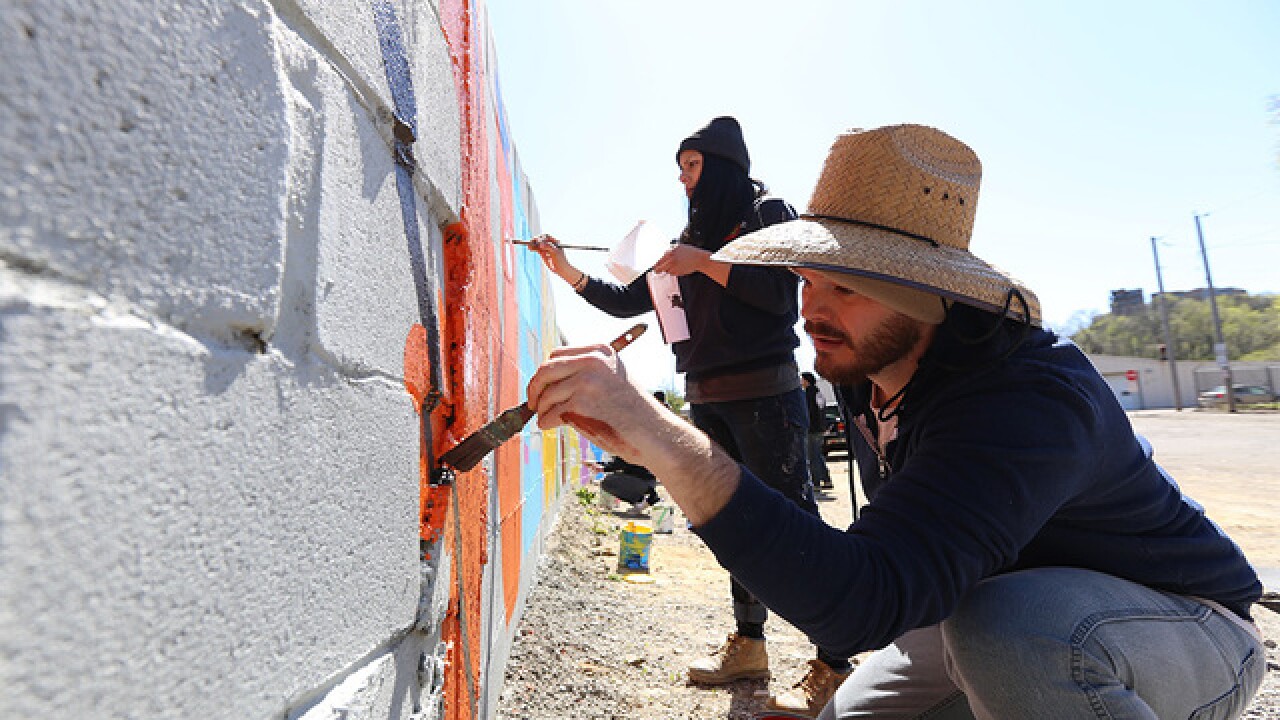 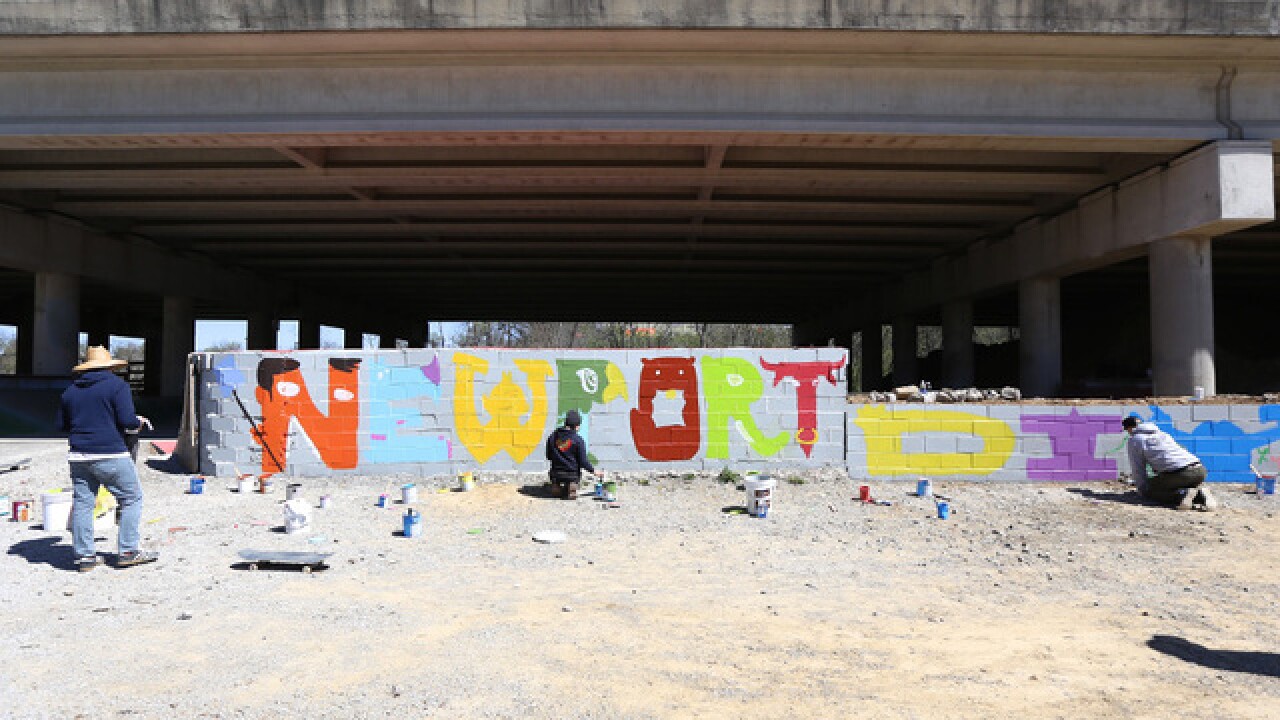 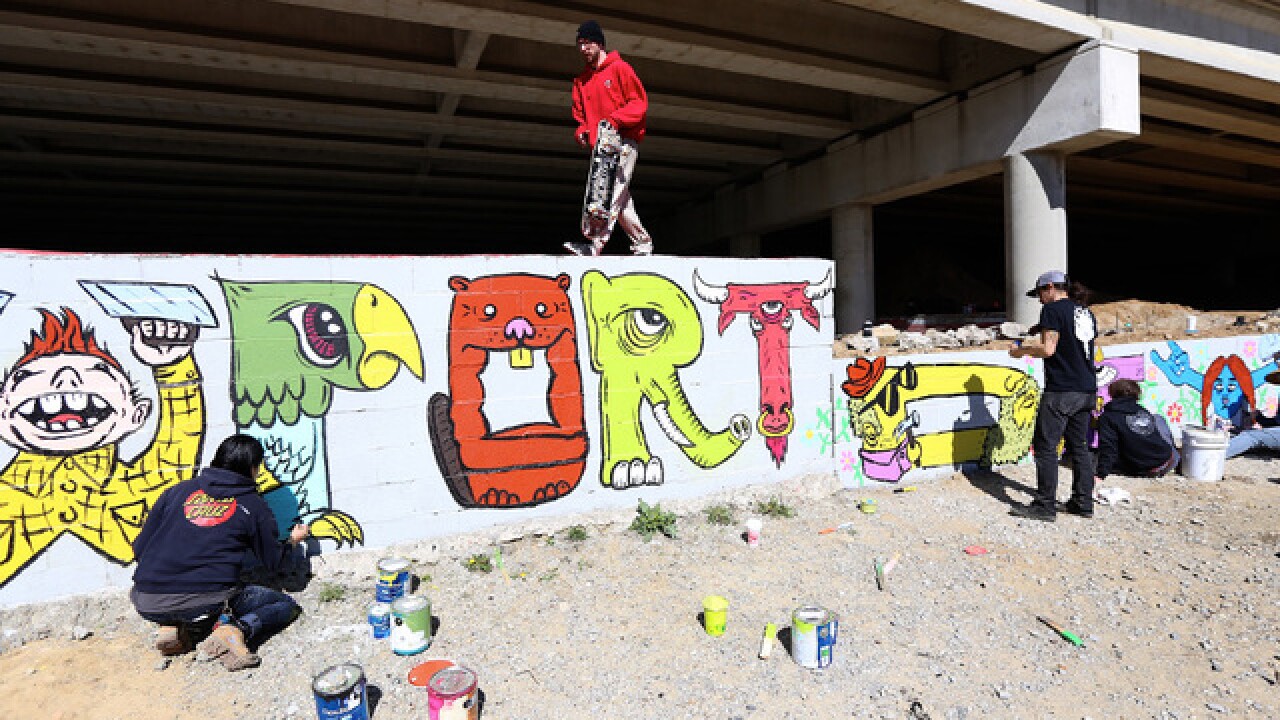 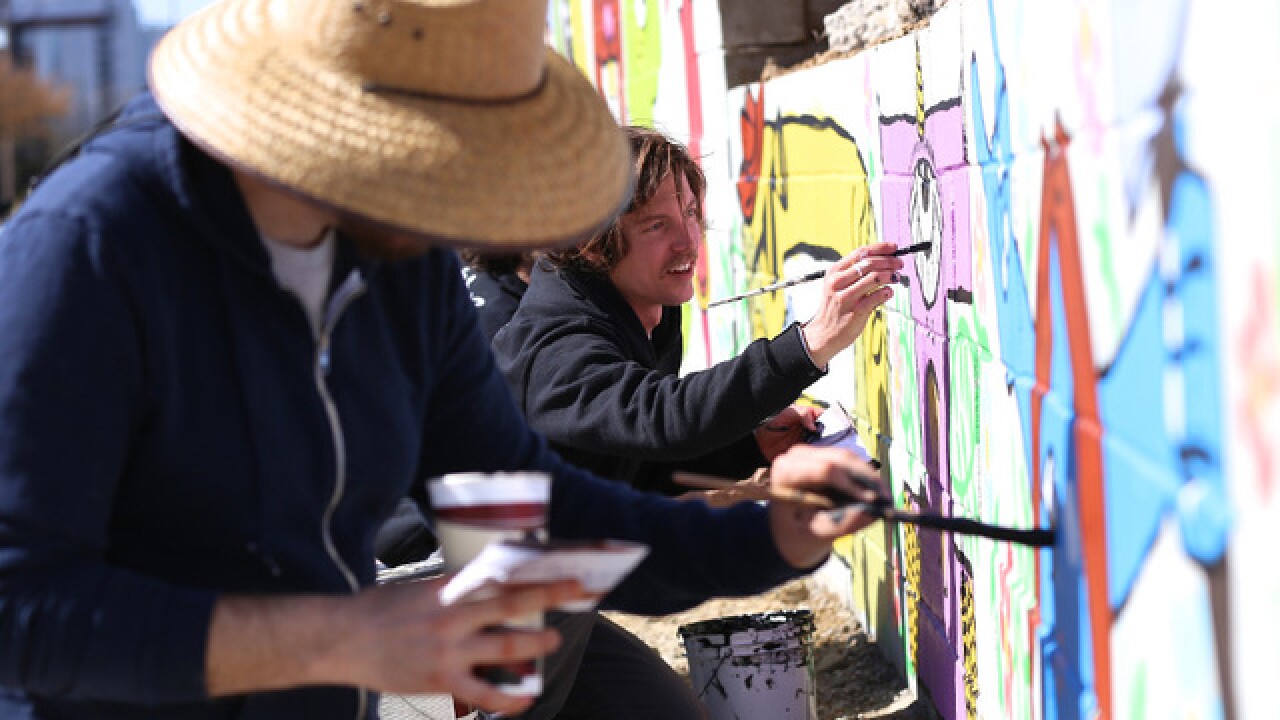 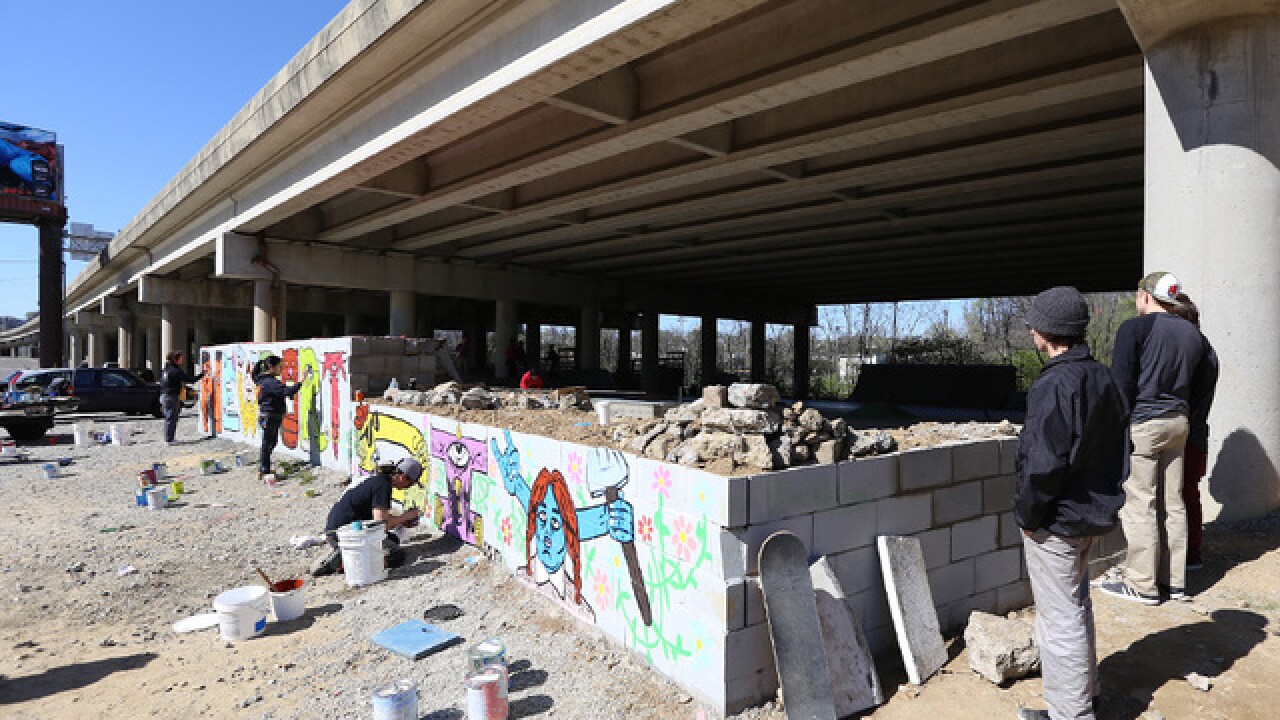 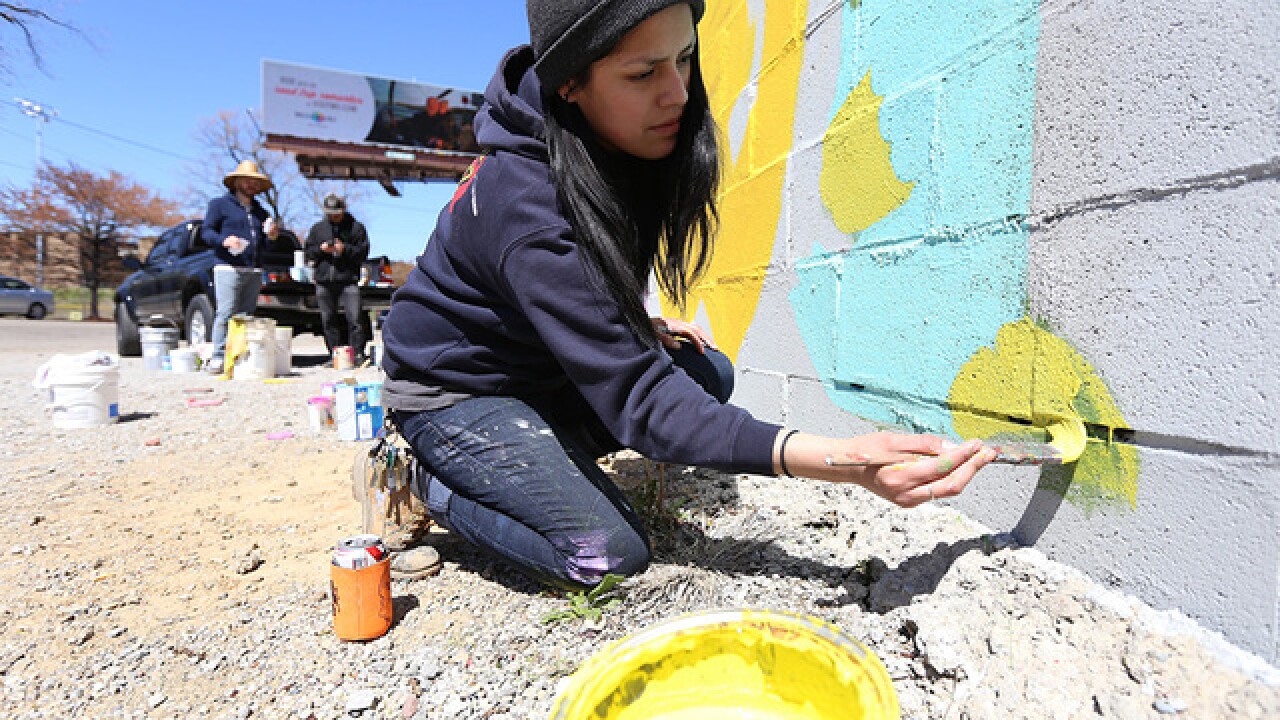 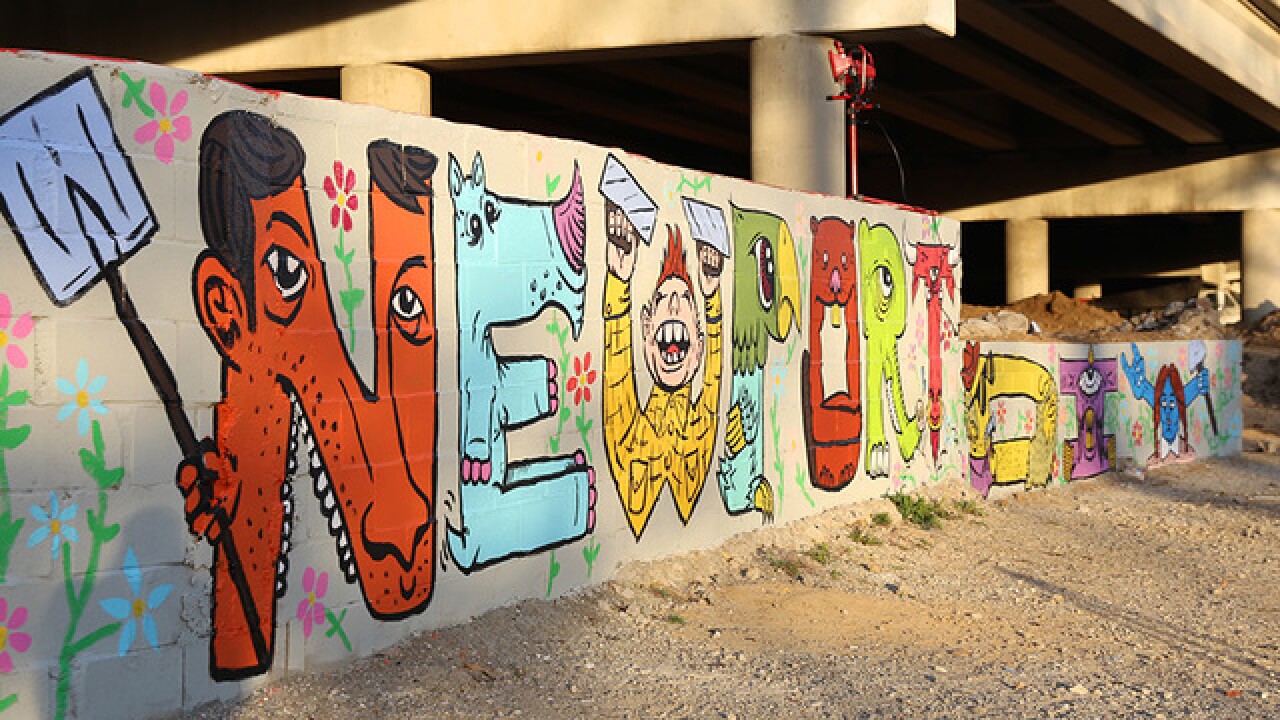 NEWPORT, Ky. -- The Newport DIY skatepark got a facelift last weekend when some of the skaters donated their time and talents to create a mural on the outside wall to the park.

The park, uniquely situated under Interstate 471 across from the Ralph Mussman Recreation Complex, is called “DIY” because when it comes to building and maintaining the space, members of the skating community do everything themselves.

“We’ve turned it up the last two or three years,” said Gary Collins, who helps take care of the park. Collins is the owner of Galaxie Skateshop on Monmouth Street in Newport, and said the park’s popularity exceeds just the Greater Cincinnati area.

“People come from all over the Midwest to skate here,” Collins said. “This mural will look really nice, and hopefully, it will keep people from putting graffiti on it. This will keep up appearances.”

The primary artists for the mural were all experienced, in addition to being patrons of the park.

Derek Toebbe, for example, teaches at the Cincinnati Arts and Technology Center. He also served as a teaching artist on “Mr. Dynamite,” better known as the “James Brown mural,” on Main Street in Over-the-Rhine.

“These are my homies,” Toebbe said. “I’ve known Gary since I was 11, when I first started skating.”

Ali Calis and Jill Cleary, both of Able Projects, also contributed to the mural. Cleary is also an artist at ArtWorks.

Though this is what they do for a living, when the artists gathered on a cold Sunday morning to paint, they were performing a labor of love.

“People flourish at this spot,” said Calis, to explain why he gave up some of his scarce free time to help beautify the park. “In the skating community, everybody takes care of each other. It’s an amazing beast.”

To that end, he designed a mural with several beasts on it, including a one-eyed, one-horned flying "Purple People Eater." The mural uses a different depiction of animal or person for each letter, which spells out “Newport DIY.” The colors are varied and bright, making the park stand out.

“We went with a lot of anamorphic and polymorphic images,” Calis said.

He was largely credited by other skaters with the construction and painting of a half pipe at DIY.

“He basically built it in a week, painted it in a day, and then skated on it that night once the paint dried,” Collins said.

Because of the self-sustaining nature of the park, Collins has a website set up to take donations. He also encourages those who can help out with tools or materials to email galaxieskateshop@hotmail.com.

“It’s cool that we have a space, so we try to take care of it,” he said, estimating there are around 10 core people who regularly maintain the park, picking up trash around it, and doing whatever else needs to be done.

“The skating community is like that anyway,” he said. “It hasn’t changed, but the perception of it has.”