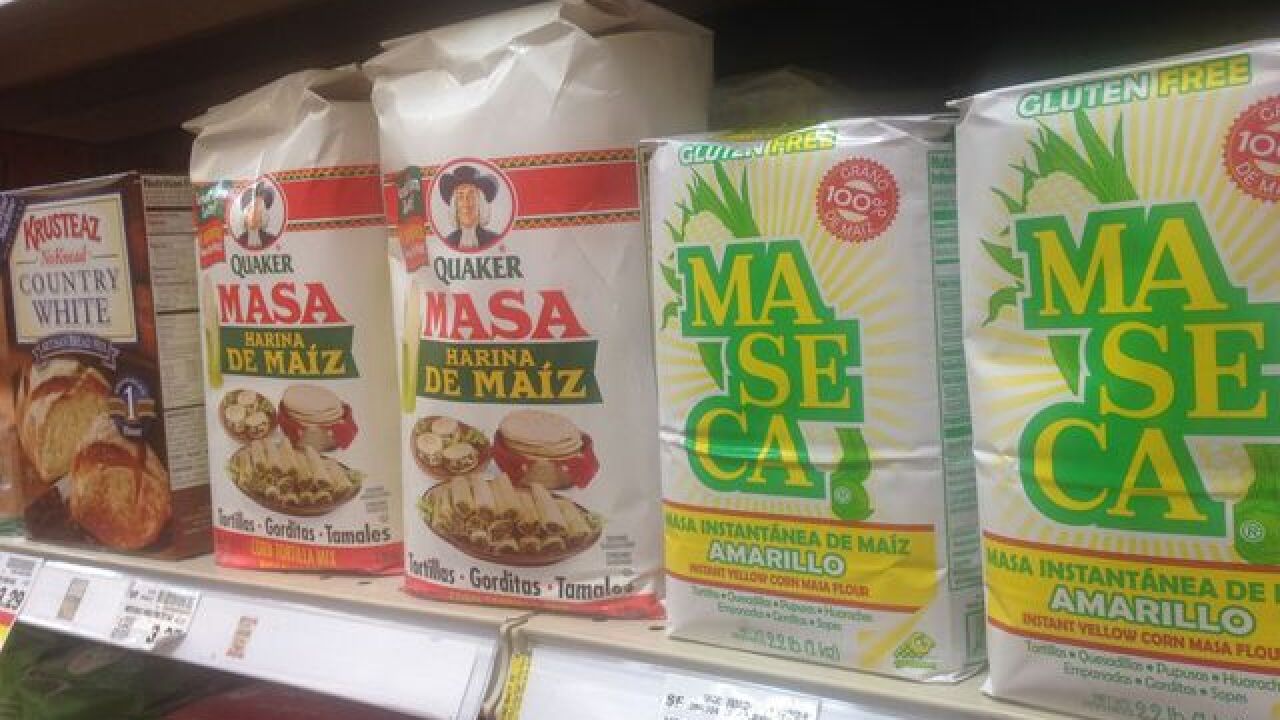 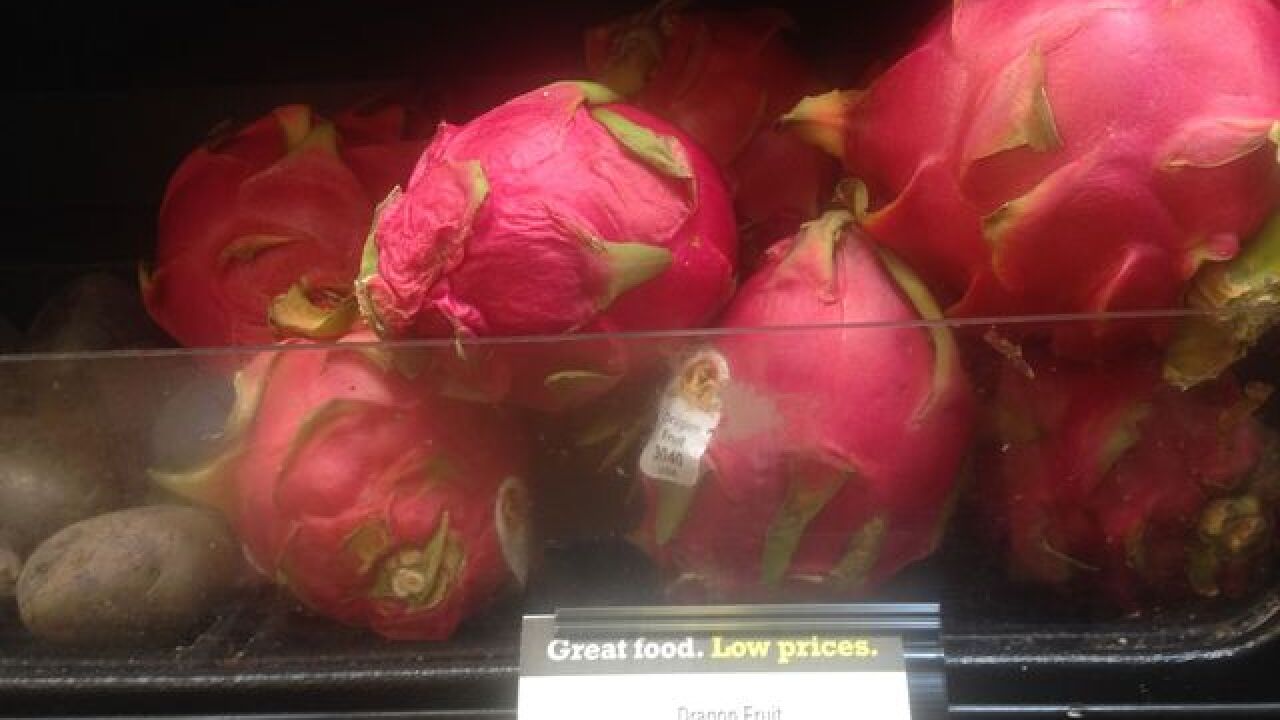 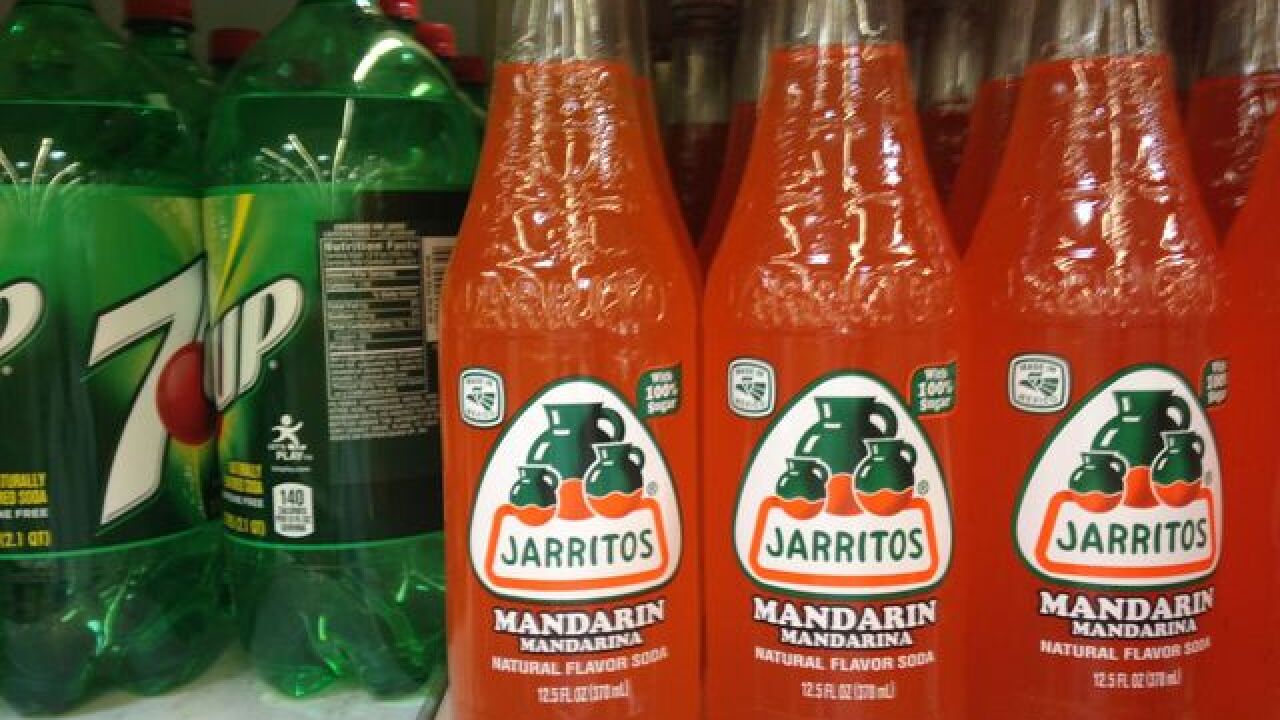 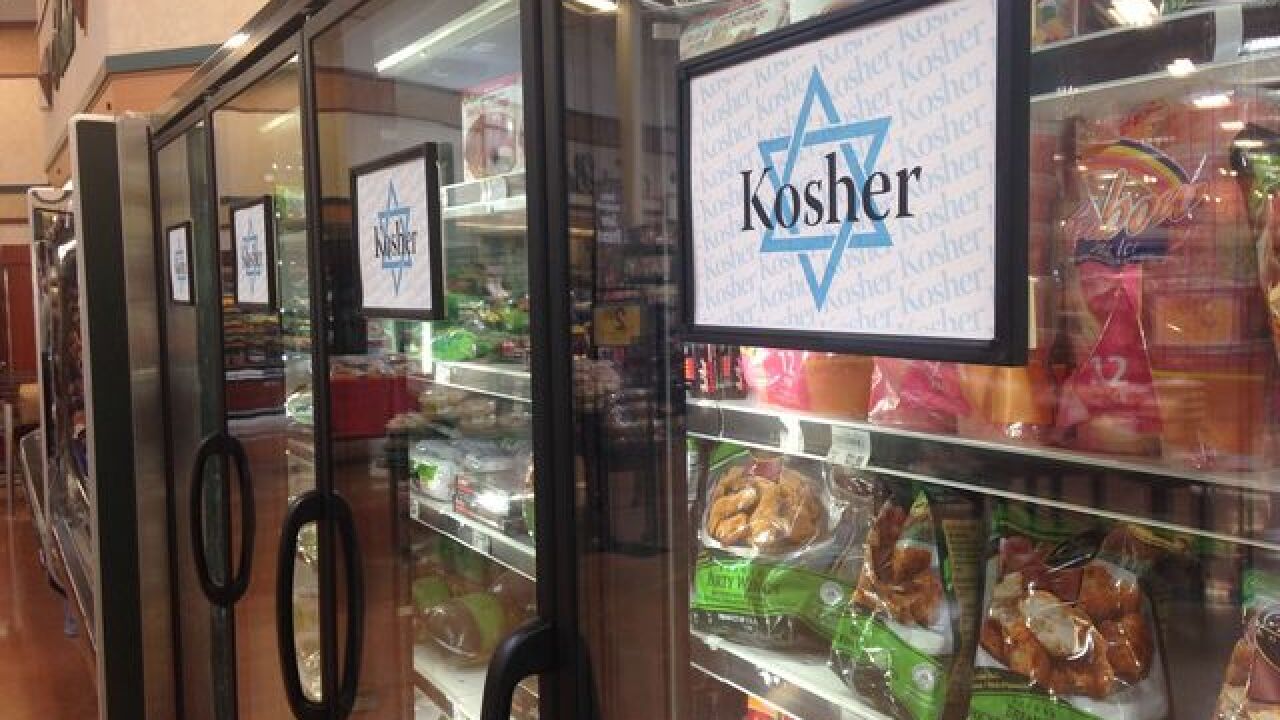 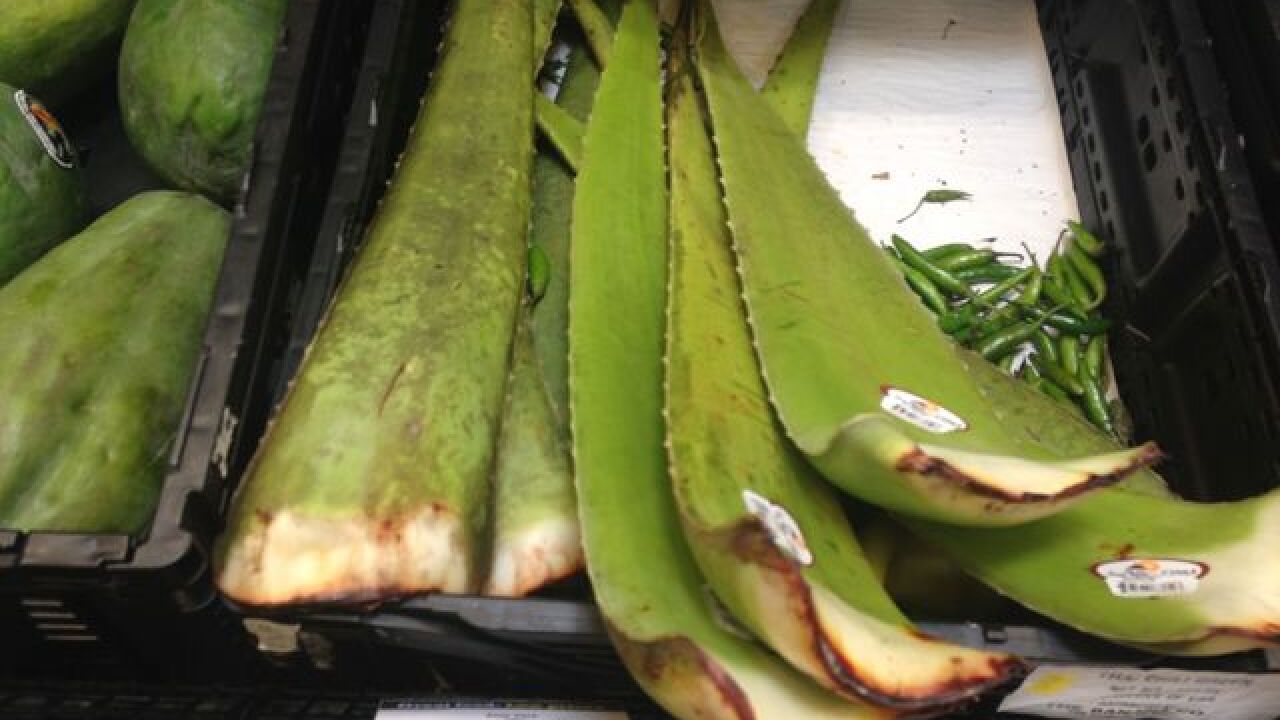 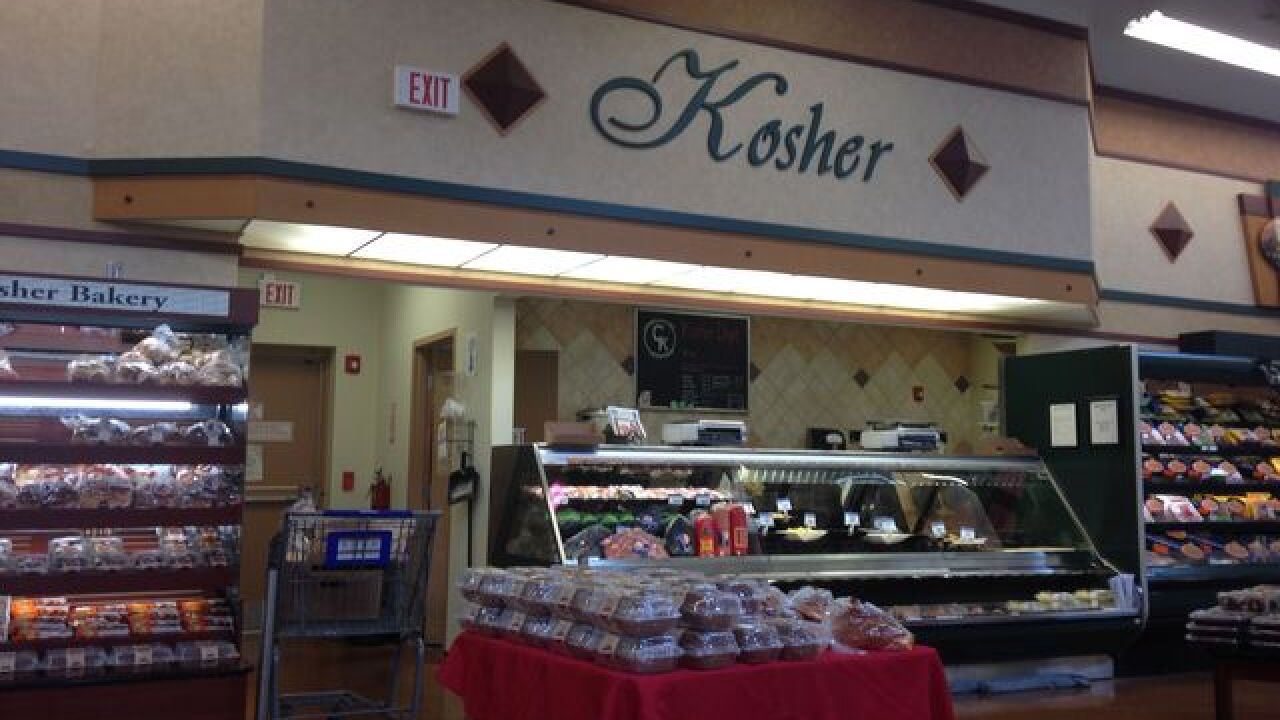 “The products are pretty decent and the prices are not that bad,” said Joseph Polaniecki of Pleasant Ridge. “There’s only two locations that have the kosher food. It’s (the Blue Ash) Kroger and Remke’s on Ridge Road.”

Because Kroger’s pricing is “considerably better” than Remke, Polaniecki counts himself among Kroger’s loyal customers.

It’s a contest the Kroger Co. is winning more often than not, no matter the grocery rival.

Using data from its shopper loyalty cards, Kroger has notched a four-year run of double-digit growth in international foods.

It’s a trend the Cincinnati-based grocery chain aims to perpetuate later this month with the launch of a new international-foods brand called HemisFares and an ethnic-food marketing campaign that will be similar to the “Taste of Mexico” promotion Kroger ran nationwide last June. Kroger won’t say what international cuisine will be featured in the campaign, set to run in support of the HemisFares brand.

“International foods are not just for international people any more,” said Angel Colon, director of multicultural development at Kroger. “It’s really crossing over to non-international customers.”

What Kroger Has Learned About Multicultural Marketing

Colon is a Puerto Rican native who came to the U.S. on a baseball scholarship. His father was a close friend of Roberto Clemente, a 15-time Major League All-Star who died in a plane crash in 1972 while on his way to deliver aid to Nicaraguan earthquake victims.

“My dad and I took him to the airport before his plane crashed," he said. "That’s how close a friend they were."

He was four years old at the time, but Colon still remembers watching Clemente loading pallets of wheat and grain onto the plane.

KROGER WARS: Which is better, Oakley or Hyde Park?
IN-DEPTH: Which Kroger stores will offer ClickList online ordering next?

Growing up in San Juan, Colon "split his time between the baseball field and the grocery store," according to a January profile by Hispanic Executive magazine. "When he wasn't laboring on the pitching mound, he was stocking store shelves."

After graduating from Olivet Nazarene University in Illinois, Colon went to work for Goya Foods and then the Kellogg Company, where he learned that multicultural marketing didn’t have to be complicated.

“We were struggling with banana cereal,” Colon told a group of Hispanic Procter & Gamble executives in a recent public appearance. “We looked at the different regions of Latin America and there are seven different ways to translate bananas. You know what they did? They kept it bananas and everybody just understood.”

Colon left Kellogg in 2008 for a newly created position at Kroger because he saw “a huge opportunity” to improve its performance with ethnic customers.

“I knew it would be successful because of the quality of people here and the resources, especially the data and the associates that we have,“ he said.

It wasn’t easy at first, with 18 geographic divisions each handling its own marketing approach to Hispanics, Asians and others. But after a few years of standardizing translations and convincing skeptical store managers that selling an occasional pig’s head wouldn’t scare away customers, Colon was able to demonstrate results.

Starting with a Hispanic store pilot in Phoenix in 2009, Colon and his team built a data trove on Latino buying habits. Partnering with analysts at dunnhumby, the data-mining unit that Kroger bought in April, Kroger matched Hispanic surnames with the products bought from various countries. By 2010, they made an important discovery.

“Once you carry products from (a shopper’s) country of origin, it helps that customer to expand their basket,” Colon said. “I’ll use myself as an example. I’m a big Goya Food shopper. If I find my products at Kroger, now I’ll go to Kroger not only to buy some of my key staple products but the rest of the products that a typical American will consume.”

Initially, Kroger tested products in an international food section of its stores. When it started integrating products throughout the store, it made a second important discovery: Ethnic foods can drive increased sales from non-ethnic customers.

“Maseca Flour, which is a flour that Mexicans use to make tortillas, now we merchandise it with all the flours,” he said. “Latinos are exposed to all the flour brands, flours they never looked at and Americans, all of a sudden, get to see a flour they can take home for their own tortilla. So, it reciprocates to both sides of our customers.”

That lesson was reinforced in 2014, when Kroger ran a pilot involving Asian customers near university campuses. Focus group research showed Asian college students missed food from their home country, but didn’t have time for home cooking. So, Kroger started experimenting with frozen foods offering authentic Asian cuisine. And it soon learned that all college students were buying the products -- not just Asians.

“I can eat food from another country and I don’t have to spend 30 minutes to an hour cooking it,” he said. “Instead, I can have it in 15 minutes. It’s pretty appealing. So, it’s going beyond our targeted audience.”

“It’s important for us to look at multicultural consumers because they know they have super powers,” said Georgette Guzman, a customer knowledge specialist at 84.51°, Kroger’s new name for the former dunnhumby agency. Guzman joined Colon in the presentation to P&G’s Hispanic employees. Part of the presentation was a promotional video in which Guzman detailed the super powers that ethnic buyers possess.

“They drive population growth,” she said. “They have significant buying power and they’re trend-setters.”

“If you look at the places where Kroger is strongest, the Midwest and Southeast, they’re seeing double digit growth in the Hispanic population,” Maldanado said.

At the same time, the taste palette of U.S. consumers is changing. People are experimenting more with international cuisine. Korean, Thai and Vietnamese restaurants are rising in popularity, along with Latino foods from Cuba, Puerto Rico, Peru and Brazil.

Many retailers are capitalizing on the trend. Publix and Sam’s Club, for example, have introduced special-format stores for Hispanic customers. But Maldanado thinks Kroger has set itself apart from grocery rivals with its double-digit growth rate and the use of data to understand the buying habits of multicultural customers.

“Kroger has the insight to know that they can’t just rely on population growth,” he said. “They know that they have to build a relationship because there are other options out there. The Hispanic consumer is a savvy shopper.”

That’s why you find varying levels of international foods integrated at different Kroger stores, Colon said. The new Oakley Marketplace store will have hot sauces from all over the globe on the shelf next to Frank’s, Tobasco and Kroger brands. The Newport Kroger has a sushi bar and a large international food section. Kosher foods stand out at the Hunt Road Kroger. And then there is East Price Hill, possibly the only Kroger store in the Tri-State where you can find Aloe Vera leaves, Dragon Fruit and Chayote Squash.

“That is a neat story, talking about demographics,” Colon said. “We really looked at the market and we understood, listening to our associates, listening to the division that there is a large Hispanic population there, larger than probably we thought it was. Because of that, we actually did a full-blown integration in that store for Hispanic products. We added quite a bit of variety there.”

Seven years in, Colon still sees plenty of room for improvement. Future pilot projects will focus on Middle Eastern and Indian customers. And Kroger will expand the integration of international foods throughout its deli, bakery and grocery aisles.

“Not a big selection, that’s for sure,” he said. And the prices? “They could be lower.”