Study: Ohio can do better when it comes to minority tech entrepreneurs

'This is a huge opportunity for our state' 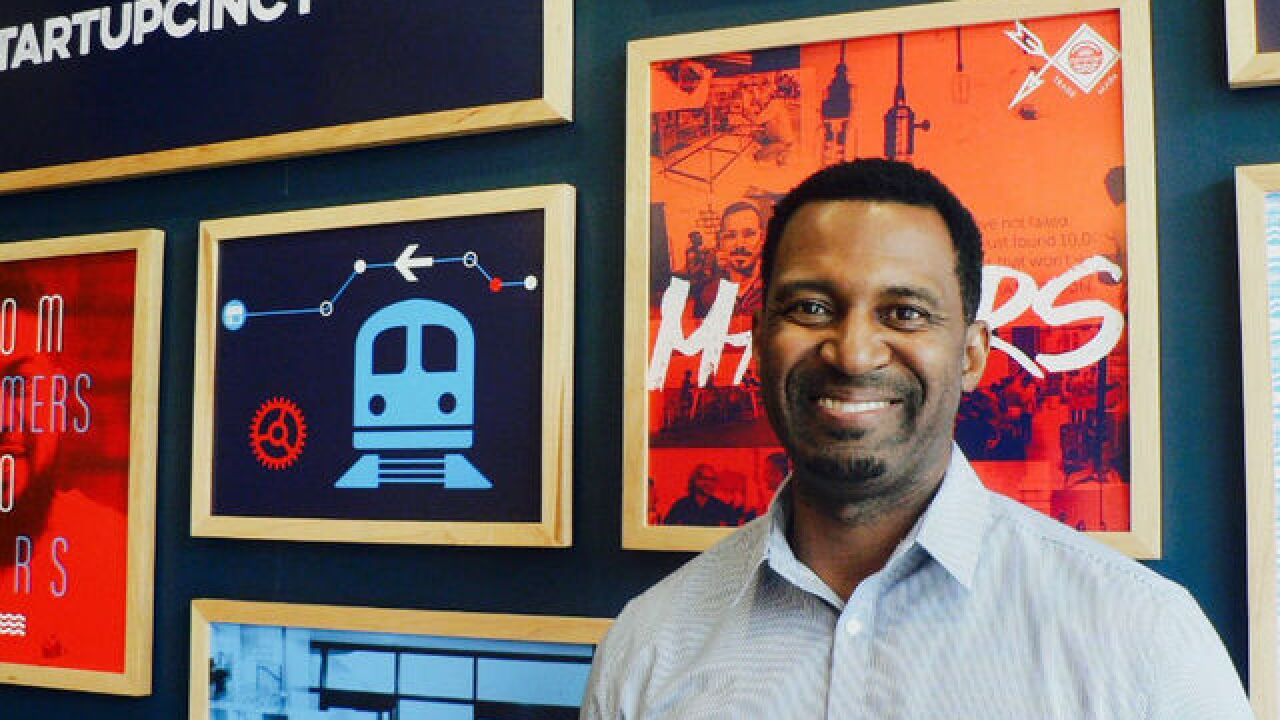 Copyright 2017 Scripps Media, Inc. All rights reserved. This material may not be published, broadcast, rewritten, or redistributed.
<p>Local tech leaders like Sean Rugless are working to make the entrepreneurial community easier to navigate for minorities. Rugless is president of Katalyst, a Cincinnati-based brand design and experience agency, and project manager for the recently released Minority Entrepreneurial Connectivity Assessment (MECA). (Photo provided)</p>

CINCINNATI -- Ohio has lots to offer technology entrepreneurs thanks to funding and support the state provides through the Ohio Third Frontier initiative.

But the state could do a better job of opening up opportunities to minority tech entrepreneurs.

That’s the conclusion of a recent study conducted by Sean Rugless, president of Cincinnati-based consulting firm The Katalyst Group.

“Pound for pound, we have one of the strongest and most connected ecosystems in the country,” said Rugless, the former CEO of the Greater Cincinnati and Northern Kentucky African-American Chamber of Commerce. “A lot of ethnic minorities don’t understand the offerings.”

Using a tool he developed called the Minority Entrepreneurial Connectivity Assessment, or MECA, Rugless determined that Ohio’s various technology entrepreneurship programs appear to be overstating their success with minority entrepreneurs. That, in turn, could be conveying a false sense that Ohio is doing a better job with diversity and inclusion in the technology industry than the state really is, he said.

“There’s a lack of standardization in measurement,” Rugless said. “If I have an entrepreneur who is African-American and lives in Athens, Ohio, some people will count her three times: as a racial minority, for her gender and as a rural entrepreneur.”

Sen. Cecil Thomas, a Cincinnati Democrat who helped commission the study by Rugless, said the findings convinced him that Ohio could be doing more.

“This is a huge opportunity for our state to begin to attract the talent of our minority community, to get involved in the innovation and technology that the state is going toward,” Thomas said.

That’s important, Thomas and Rugless said, because of the potential to create good, high-paying jobs in the tech sector and the need for those kinds of jobs in minority communities.

“The state’s numbers made it appear that the minority participation was at a level that was acceptable,” Thomas said. “But when we looked at the numbers, it was clear that was not true.”

Rugless shared his findings with officials at the Ohio Development Services Agency.

“We are taking his input and suggestions on an on-going basis, along with others across the state, to continually improve our processes,” Chief Communications Officer Todd Walker wrote in an email response to WCPO’s questions about the findings.

'The next frontier for inclusion'

Walker stressed that the Ohio Development Services Agency’s commitment to diversity and inclusion “goes beyond” the Minority Business Development Division.

He wrote that the state also has “an on-going effort to increase awareness of Ohio Third Frontier, particularly to minority and underserved populations” and pointed to TechOhio as one of the ways the agency is spreading the word.

Walker also stressed that the state is seeing “a real and growing commitment” to making Ohio’s technology economy more inclusive.

“For example, the Hillman Accelerator in Cincinnati was launched in April to attract and accelerate minority-led tech companies,” Walker wrote. “We are looking for opportunities everywhere we go, networking across the state. As a leader in the technology and diversity inclusion effort, we need to continue making connections, working together as a state and coordinating efforts to improve results.”

CincyTech President Mike Venerable agreed, but added in a written statement to WCPO that the "historically dismal performance of the venture and tech industry on diversity and inclusion" needs even more attention.

"It is on us as investors to be more transparent, creative and intentional about the problem," Venerable wrote. "The recently launched Hillman Accelerator is one example of how a diverse team can open up a new network of deal flow for our community. It is an example of the State, through the Ohio Third Frontier, supporting local efforts to move things in the right direction. But there's much more to do."

It’s important to help minority entrepreneurs figure out how to navigate the technology ecosystem, Rugless said, and it’s important to ensure that policy makers have accurate information so they know how the state really is doing.

“Sen. Thomas and I view this as the next frontier for inclusion,” Rugless said.

The more minority entrepreneurs can be part of the growing tech sector, the more successful Ohio’s communities will be, Thomas said.

“We talk so much about unemployment and the rate of unemployment in the African-American community,” Thomas said. “At least give the minority population the opportunity to showcase their talents. The state just has to get on board and have an open mind as well.”

Information about the Minority Entrepreneurial Connectivity Assessment is available online.

Lucy May writes about the people, places and issues that define our region -- to celebrate what makes the Tri-State great and shine a spotlight on issues we need to address. She has been writing about women- and minority-owned businesses in Greater Cincinnati for nearly 20 years. To read more stories by Lucy, go to www.wcpo.com/may. To reach her, email lucy.may@wcpo.com. Follow her on Twitter @LucyMayCincy.