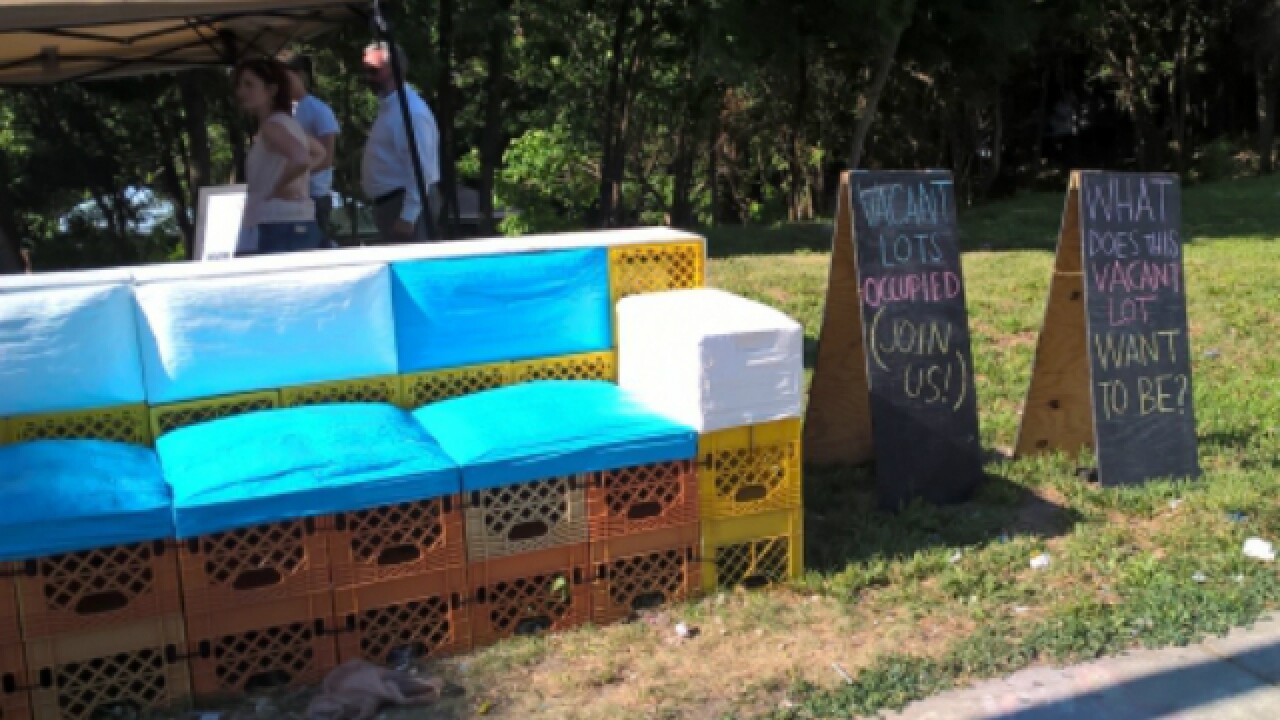 <p>This temporary bench, made by UC art students out of milk crates and cushions, was installed as part of an effort to repurpose a long-vacant lot in East Price Hill. The bench, meant to serve a nearby bus stop, met protest from some in the community, who said a previous bench was removed to curb "nuissance" behavior. (Provided)</p> 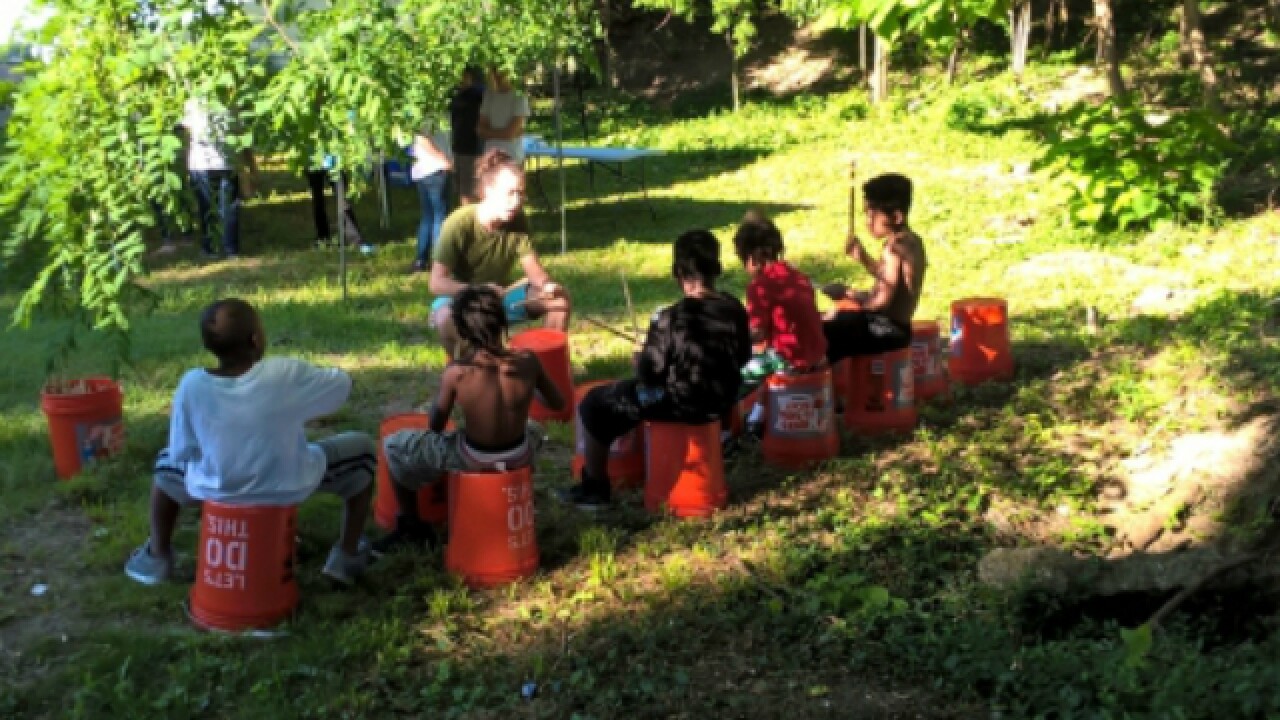 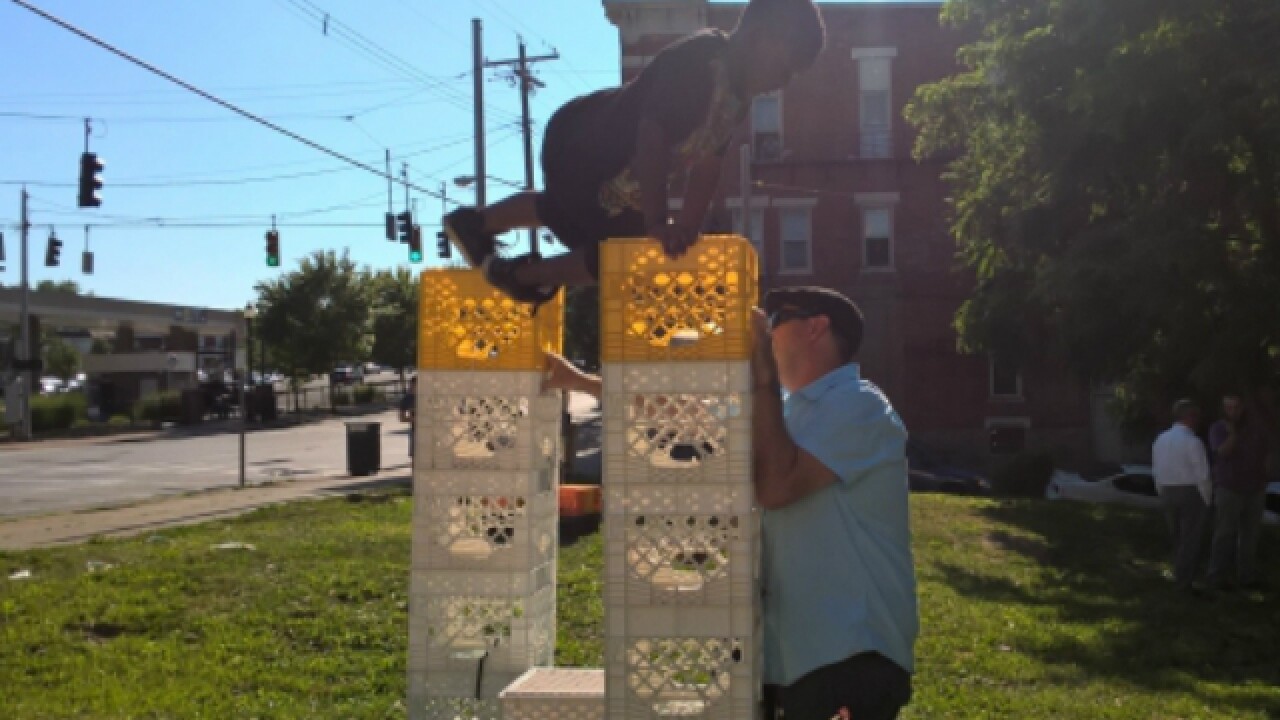 CINCINNATI -- University of Cincinnati graduate students presented some ideas for public art as a possible use for a longtime vacant lot in East Price Hill Tuesday night.

A group of students from UC's College of Design, Architecture, Art and Planning have been visiting the lot, located on the corner of Warsaw and McPherson avenues, twice weekly to gather ideas and to pick up trash. The lot sits along a busy stretch of Warsaw, across the intersection from the Price Hill Kroger.

“One thing about this neighborhood that’s awesome is people will come up and talk to you,” said Joe Girandola, the director of the MFA program at UC and teacher of the DAAP class that is trying to develop the lot. “The lot is a work in progress. Everything’s temporary, and everything’s up for discussion.”

The structures placed there by students Tuesday night were constructed of milk cartons. Girandola said the class was broken up into teams, and each team was given 60 milk cartons to come up with some kind of public art to place in the lot. The best ideas were then voted on by the class, and mixed and matched together to try to come up with something that turns an empty lot full of litter and overgrowth into something both usable by the neighborhood and better kept.

“Everything can change with these building materials,” Girandola said.

That’s a good thing, as the centerpiece of the artwork was a bench constructed by milk cartons that was used to seat folks waiting for the bus that stops right at the lot.

“The bench is a source of bad behavior,” neighborhood resident Patty Hogan said. She added that previously a bench had served as a bus stop there, and local residents had worked for two years to see it removed. “We had it taken away because of the mess,” she said.

Sam McKinley, director of community and business engagement at Price Hill Will, agreed to have the temporary bench removed, but is committed to having the project succeed.

“These design and art projects are a vital part of bringing our community together and inspiring students,” he said in a press release. “Not only does the community get amazing design and art work on a previously abandoned site, but it prompts Price Hill residents and the students to understand the importance of design to the business district, along with creative place making and getting involved with their communities.”

Another use for the site could be to teach music. Girandola said Ben Sloan, a musician who went to UC’s College Conservatory of Music, had proposed a percussion park.

“He would be taking recycled products, and teaching kids about music,” Girandola said. “He’s a great, energetic young musician. His idea is to provide weekly lessons for anyone from the neighborhood.”

Indeed, a handful of local children were taking up that opportunity with an associate of Sloan’s Tuesday night.

From the students’ perspective, trying to design and install public art has been eye-opening.

“There’s a lot of people’s opinions that get involved, and it becomes really difficult to get something done,” said Jedidiah Stuelpnagel, a fine arts grad student. “It was a real eye opener.”

The experience hasn’t made him not want to do public arts projects in the future, although it has made him more cautious about them.

“If I see something interesting, I’d want to do it,” he said. “The support and connections would have to be there.”

Fellow student Jeanette Nuxoll said the project has had other rewards as well.

“The best part is the first day when we were here, having all the kids come up and tell us what they want,” she said. “Of course, they all wanted a pool.”

While the fate of the lot hasn’t been decided, getting it cleaned up and making some productive use out of it remains the goal. It’s one that is achievable, based on Girandola’s experience the past month of talking to residents there.

“This has been great,” he said. “People keep coming up to us and asking, ‘When can we help?’”

“That’s the best part,” he added with a smile.