Cases rare, but disease strikes fast, can be fatal 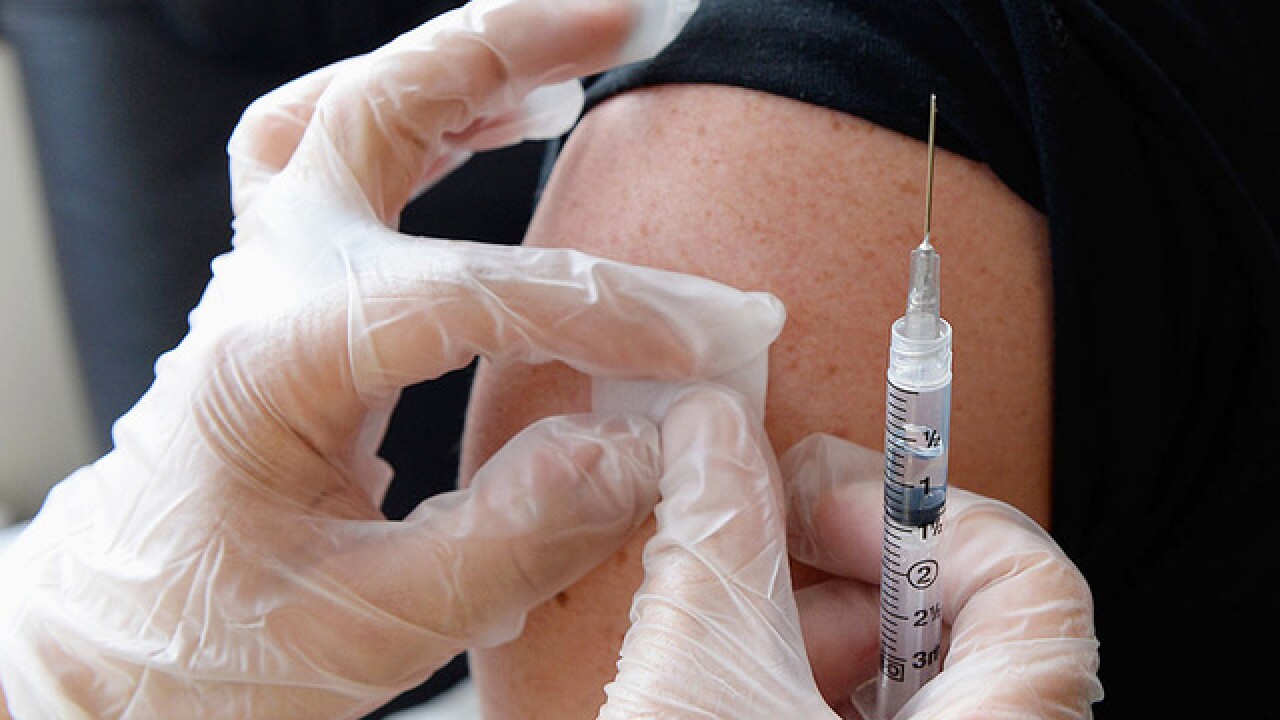 Copyright Getty Images
Kevork Djansezian
<p>Ohio adopted a bill in 2015 requiring seventh- and 12th-grade students to get meningitis vaccines beginning in the 2016-17 school year. Students are prone to the fast-developing disease because they’re in such close daily proximity. Between 10 percent and 15 percent of meningitis cases are fatal. (Kevork Djansezian | Getty Images)</p>

If you have students starting seventh or 12th grade this school year, they are required to have a meningitis vaccine.

Although the vaccine has been recommended by physicians for more than a decade, the requirement in Ohio is new for the 2016-17 school year. Indiana and Kentucky also require the vaccine for similar age groups.

Bacterial meningococcal disease can include infections of the lining of the brain and spinal cord, known as meningitis, and bloodstream infections, including bacteremia and septicemia. The disease can mimic flu symptoms, but progresses rapidly and can become severe within hours. Symptoms can include sudden onset of fever, headache and stiff neck, among others, according to the Centers for Disease Control and Prevention.

It can be treated with antibiotics, but that medication must be started quickly.

“Even with appropriate antibiotic treatment, people can get severely ill, and there can be complications, such as neurological problems, loss of limbs, and some individuals will die from infections,” said Dr. Mary DiOrio, medical director for the Ohio Department of Health. “Given the level of severity of the disease, we think it is incredibly important that parents are aware that there is an effective vaccine out there that can protect their children.”

Ohio Senate Bill 121, which adds the meningococcal vaccine to the list of other required vaccines for school, was introduced early in 2015 by state Sen. Cliff Hite, R-Findlay, after the death of his niece, who died hours after contracting meningitis. It passed the state Senate in April of that year, and the Ohio House passed it in June 2015.

The vaccine is recommended in the junior-high and high-school age groups because the disease is more likely to spread when students are in close quarters at school and begin sharing water bottles or a kiss.

Outbreaks also sometimes occur on college campuses because of students’ living together closely. When Madeira resident Kelly Kofron worked at her school’s newspaper while in college in the mid-'90s, a fellow member of the newspaper staff didn’t show up to work one day. The student had contracted meningitis and had to have her feet removed the next day from the disease.

“It is horrifying and such a fast disease,” Kofron said. “Even if it is somewhat rare, it seems like a lot of people know someone who has had it, and it has horrible effects. My daughter is going into 12th grade, and she has definitely had her (vaccine) updates.”

According to the CDC, 550 total cases of meningococcal disease were reported in 2013, the most recent year for which data has been reported. Ten to 15 percent of people infected with meningococcal disease will die and 11 to 19 percent will have long-term disabilities, such as loss of limbs, deafness, nervous system problems or brain damage.

“Fortunately, it is a rare disease. However, when individuals get infected, the disease can be very severe. There’s been a very good vaccine available for several years, and it has been the recommendation that individuals be vaccinated,” Dr. DiOrio said. “We know that having school requirements can increase immunization rates, and so that is why the law that added this to our required immunizations will do a lot to help prevent the spread of meningococcal disease.”

Parents can opt out of having their children vaccinated against meningitis, along with some of the others required to attend school, for religious or philosophical reasons or if their doctor exempts a child for medical reasons.