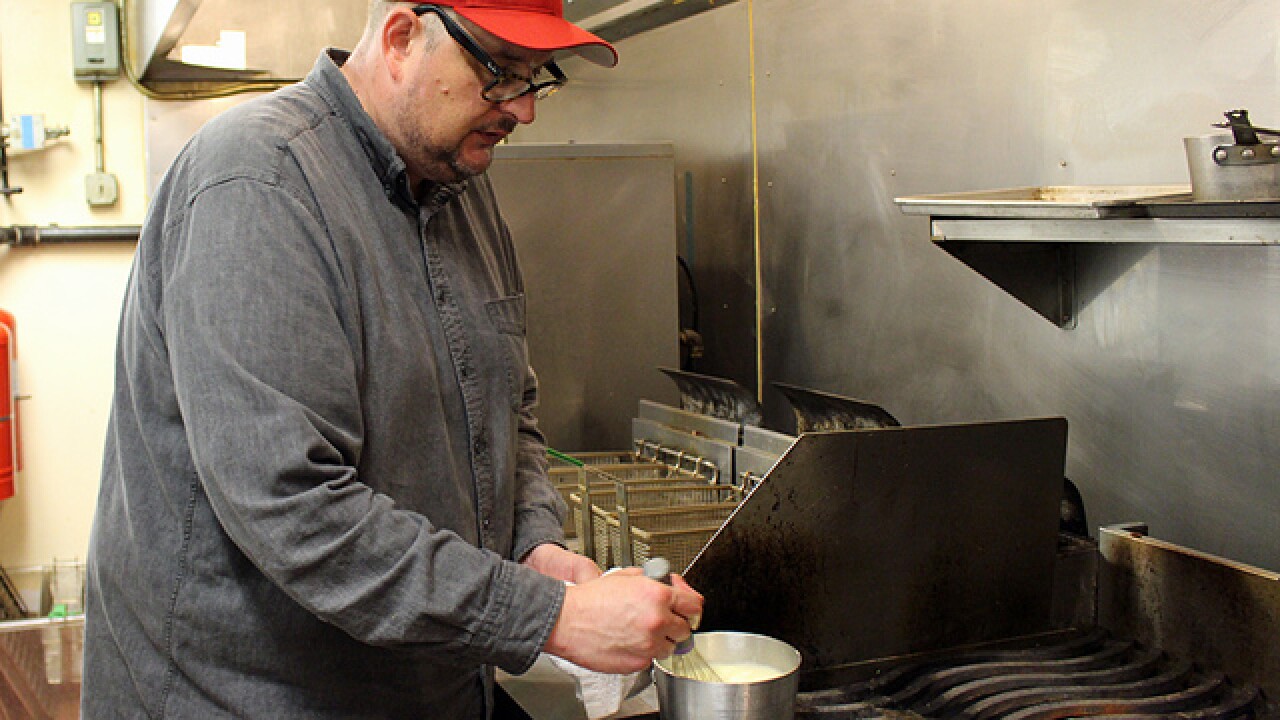 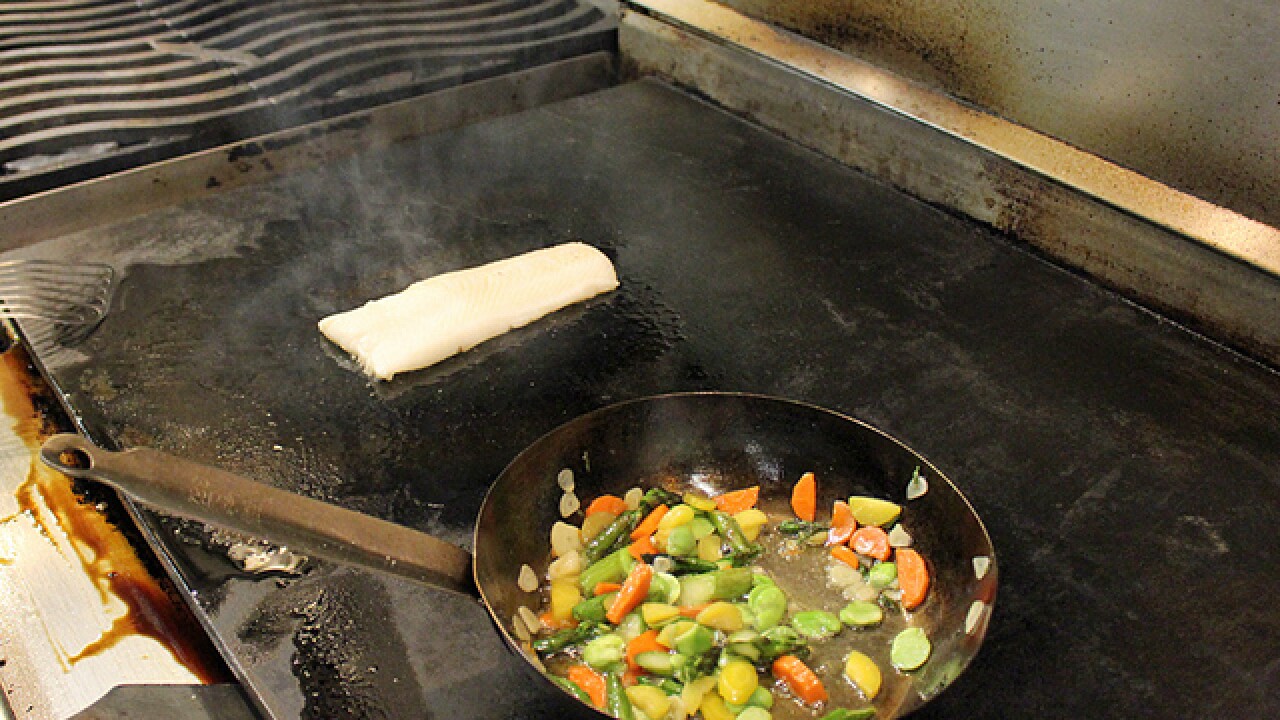 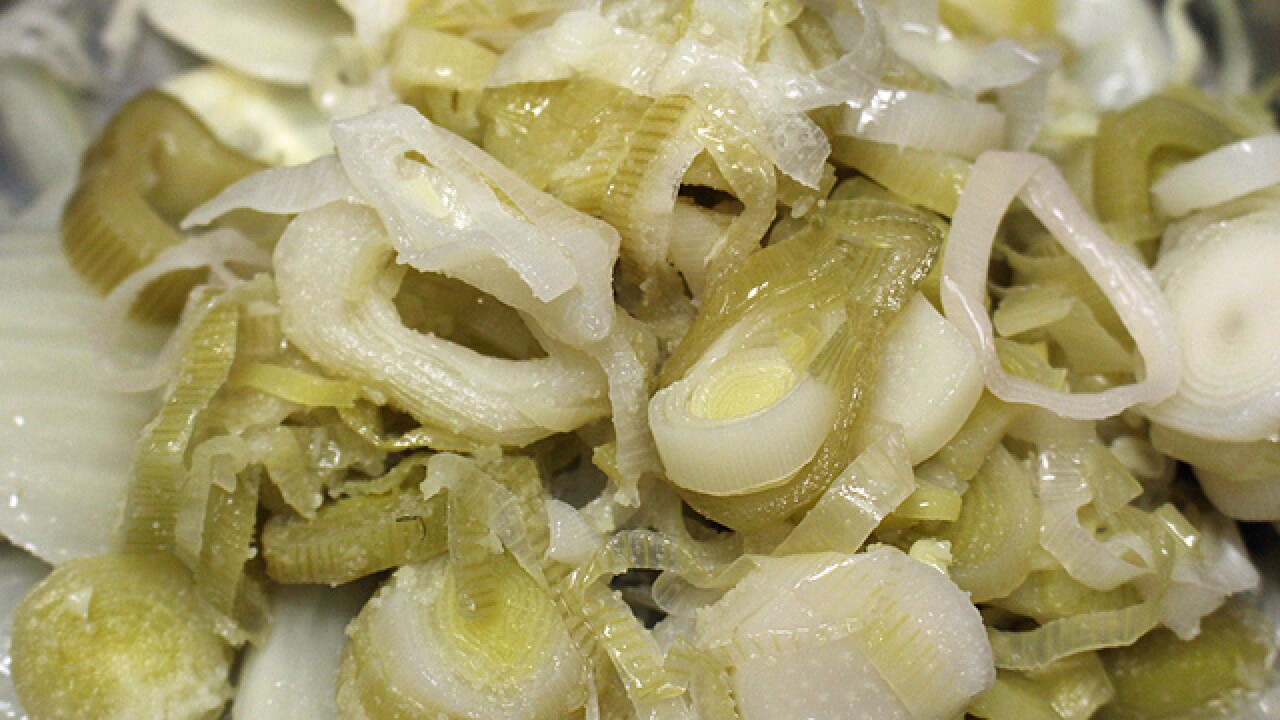 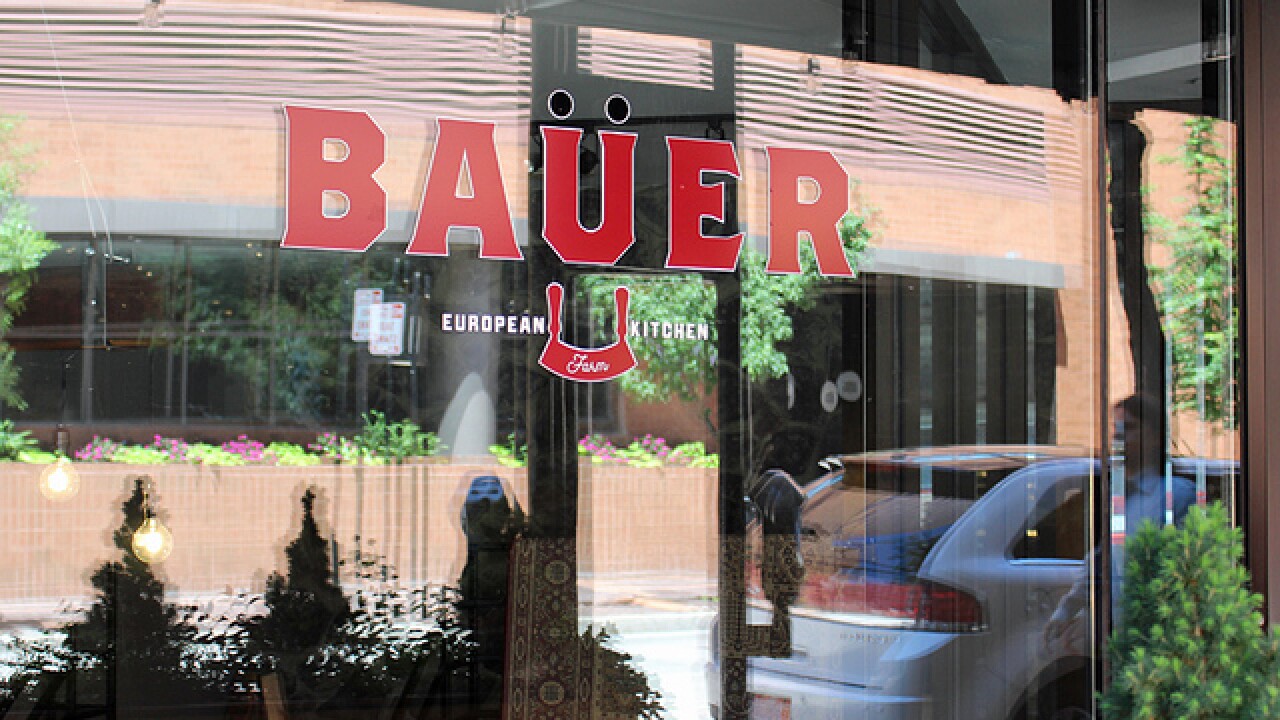 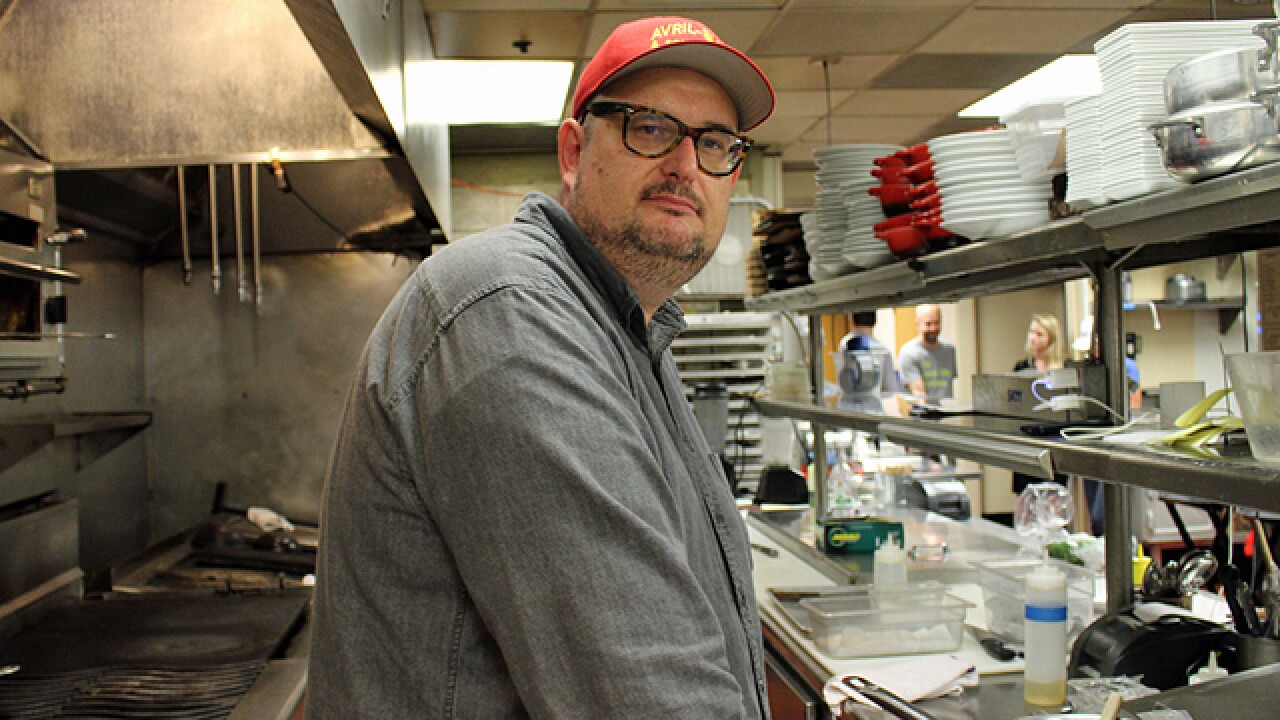 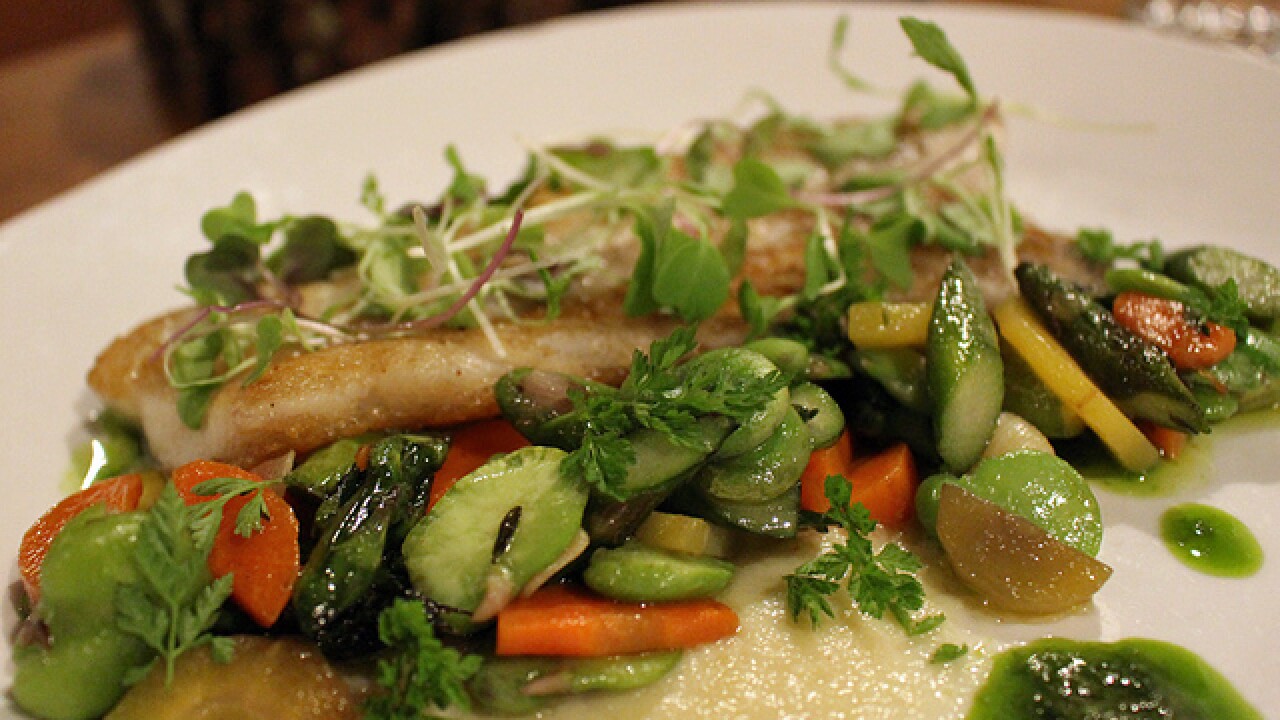 CINCINNATI -- With a name like Bauer European Farm Kitchen, you might envision a provincial, sun-drenched restaurant serving farm-fresh food.

Although the latter is true, this restaurant is actually tucked away below ground in downtown Cincinnati.

In the subterranean space at 435 Elm St., executive chef Jackson Rouse wields his 25 years of cooking prowess to transform local harvests into the cuisine of Alsace. Alsatian cuisine is simple, rustic and as French as it is German -- mirroring the French region that borders Germany.

"I want to bring a voice to the heritage here," Rouse said, referring to Cincinnati's German roots.

Rouse, a third-generation German-American, is on a journey to discover his culinary roots, but in keeping with his culinary versatility, he's also weaving in French and modern elements.

"This is not your grandma's schnitzel or your uncle's sauerbraten," Rouse said.

"Farm to table" may have become a trendy tagline for some, but Rouse has lived it. Born and raised in Burlington, Kentucky, Rouse grew up in a farming community where he saw how food from the farm ultimately graced the dinner table.

"All around me were people who farmed and raised cattle," he said. "Farm to table was the only way to eat."

I caught up with Rouse recently to see how he puts the "farm" in this ostensibly urban spot. The street-level bustle swiftly disappeared as I descended the flight of stairs. The space at the bottom felt like a cavernous farmhouse cellar.

Inside the kitchen, the crew was humming, readying various animal cuts for charcuterie. The chef practices whole-animal usage, as evidenced by menu items like tete eu cochon (head cheese).

It became evident, too, that the chef brings the farm into his kitchen through Ohio Valley Food Connection (OVFC), a group that connects regional farms with chefs and household buyers. Bauer is also a designated pickup location for OVFC's household buyers.

That day, I got to see Rouse cook an updated French dish: turbot a la plancha with soubise and seasonal vegetables.

In this dish, Rouse reimagined soubise, the classic French sauce traditionally made with onions and bechamel. Instead of onions, he used confit leeks and fennel, cooked in butter and extra virgin olive oil under sous vide for roughly three hours at 170 degrees. Sous vide is a cooking method where the food is packed in a bag under vacuum and then cooked in a low-temperature water bath for extended periods of time.

"We use sous vide a lot," Rouse said, adding that it allows the crew to multitask, knowing the food will be cooked perfectly.

Instead of using rich and starchy roux, a thickener made with flour and butter, Rouse simply uses the puree of leeks and fennel to thicken the sauce.

To prepare the soubise, Rouse mixed the confit leeks and fennel, chicken demi (a thick, rich, highly reduced chicken stock) and a little water in a saucepan. He incorporated the ingredients over medium heat before sending them over to his lead cook, Anoe Calisto, to puree.

Calisto added milk and nutmeg to the ingredients and blended them into a smooth soubise sauce. He then cooked the turbot on a plancha, a high-temperature flat-top grill.

Rouse moved on to make another French sauce, beurre monte, by whisking equal parts butter and water over gentle heat. He used the sauce to saute a medley of vegetables: carrots, garlic, asparagus and fava beans.

The chef then blanched a couple of stalks of ramp to lock in the green color and blended them in extra virgin olive oil, along with chive emulsion. The emerald-green sauce emanated puffs of onion and garlic.

With all the components in place, Rouse assembled the dish, starting with a generous spread of soubise. He then dotted the plate with ramp sauce and spooned on the sauteed vegetables. The turbot went on next, followed by a crown of greens -- wild brassica mix and chervil herb.

After pausing to admire the plate, I accepted the chef's invitation to taste it. The plate wafted a buttery, subtle onion note, and the fish was flaky and tender, with just enough sear for flavor. The vegetables glistening in beurre monte added new dimensions of flavor and texture. The soubise, which practically danced across the plate, tied it all together.

Rouse confided he sometimes wonders if people will "get" the food he's creating at Bauer. If what I saw and tasted is any indication, they definitely will.