What coaches and administrators have to say 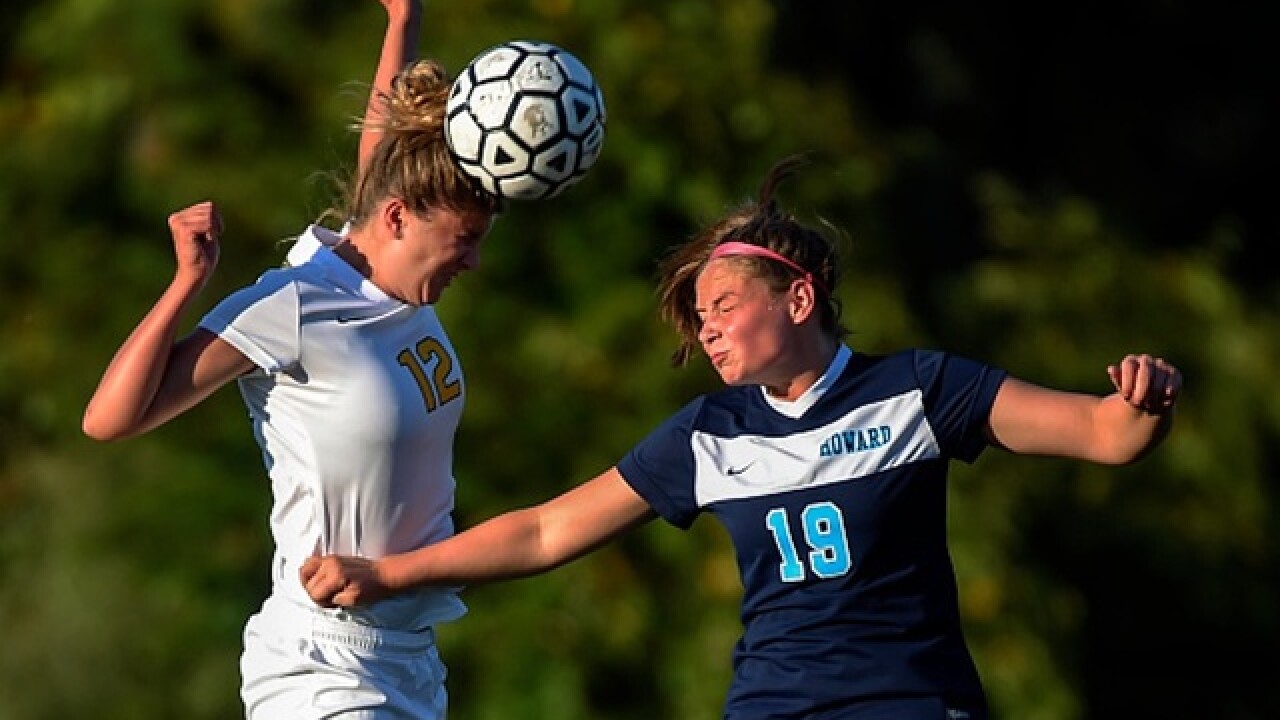 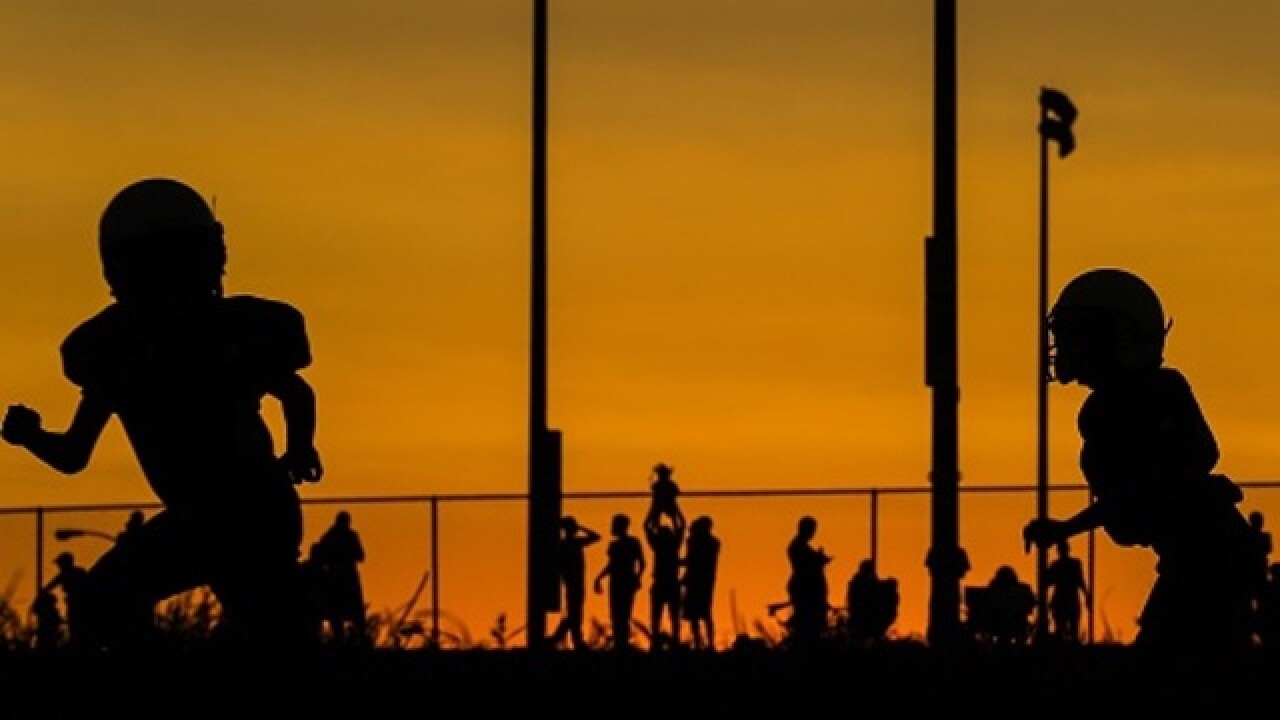 “For decades, you had a concussion and you kept playing unless knocked out,” said Stried, director of informational services for the Ohio High School Athletic Association.

He also knows times have changed and the way it was handled in the past is no longer acceptable, given what is now known about the effects of head injuries.

“It has changed a lot, and it’s changed pretty quickly,” he said.

In the last 10 years, brain trauma has become a new priority in the sports world at all levels. This change brought a shift in rules, regulations and coaching. Hitting limits, safety seminars and baseline testing are the new norm in contact sports.

Dr. Julian Bailes, chairman of the Department of Neurosurgery and co-director of the NorthShore Neurological Institute in Evanston, Illinois, believes high school sports are as safe as ever due to the knowledge of concussions and the understanding of limiting excessive activity.

“We know better about how to diagnose and recognize them and also the importance of not sending them back into harm’s way until a concussion has resolved,” Dr. Bailes said. “We know about how many concussions are too many.”

Kentucky High School Athletic Association Commissioner Julian Tackett said he realizes concussions are a hot topic these days in high school sports. And just like the media stories highlighting the NFL and NCAA concussion issues, there may be no end in sight.

The OHSAA echoed Tackett’s comments, but added that the “hot topic” of concussions is something that needed attention.

“This is much more significant than the trend of the day,“ Stried said. “For decades, we were in the dark about concussions. It’s almost like cigarette smoking — we didn’t know it was bad for people, but when we found out more information, we didn’t want to acknowledge it immediately."

In 2008, the National Federation of State High School Associations Sports Medicine Advisory Committee advocated that a concussed athlete be removed from play and not return until cleared by a healthcare professional.

“Concussions are not ‘dings’ – they are serious medical conditions that need to be addressed,” National Federation of State High School Associations executive director Bob Gardner said in a 2015 news release.

Kentucky, Indiana and Ohio high schools are held to the same standard — players with a suspected concussion may not return to play until they receive documented approval from a healthcare professional.

Another aspect to consider in concussion treatment: When can the student-athletes return to the classroom?

“Ten years ago, it was simpler,” Tackett said. “Kids had textbooks, and we told them ‘Just read until your head doesn’t feel good.’ Now, every student and every classroom has electronic devices — they have smaller print, which requires more focus, and a harsh white light. Now we know we have to get them away from that until they fully recover.”

A student who sustains a concussion will likely struggle with schoolwork — due to problems with memory recall, concentration and organization. The NFHS suggests these students ease back into their normal class load.

The teenage brain is still developing, so it’s important to allow appropriate time to heal.

“An injury can run the risk of changing the wiring, so we tend to be certainly more conservative and more cautious,” said Dr. Joseph Clark, professor of neurology at the University of Cincinnati. “And the (teenage) brain takes longer to heal.”

These days, student-athletes are told to use caution if a concussion is suspected before returning to a learning environment.

“It’s something at the very beginning I don’t think anybody thought about,” said Dan Ross, commissioner of the OHSAA. “I always feel I was neglectful with that because I was a school superintendent and a high school principal. And when a kid would get hurt my first response was going down — if I was in the stands or if I was on the field — and walk over to the doctor and ask, ‘Is he going to be ok?’ I can remember the doctor looking at parents and going, ‘We’re sending him to the emergency room and getting him checked out. And if they release him and he comes home don’t let him sleep. Make sure every 15 minutes you wake him up.’ Now, the research is done completely the opposite.”

Coaches are generally accepting of changes handed down from the high school athletic associations, Stried and Tackett said.

“The young coaches are like sponges,” Tackett said. “And the tenured coaches — heroes to the young guys — they’ve seen enough and read everything. They know it’s a necessary change, and they can really be role models.”

Coaches in Kentucky, Indiana and Ohio are all required to undergo some sort of educational seminar or training specifically focused on concussions.

“I think the difference in the coaches produced today is that they know there’s so much to it other than Xs and Os,” Tackett said.

RELATED: Are concussions scaring parents away from football?

Matt Macke has been coaching football in the Tri-State for 30 years. He’s vice president of the Southern Ohio Youth Football Association, a league that’s incorporated some unique measures to prevent and identify concussions. That includes taking the decision out of coaches' hands on whether a player should be removed from a game after a head injury.

Also, the league puts additional focus on teaching parents about the symptoms of concussions and how to prevent them.

The most difficult part, Macke said, is “un-teaching” bad technique to coaches.

“Getting a grip on the newer way of tackling — for some, that’s the biggest obstacle,” he said. “We coaches, growing up, were taught to lead with the head and wrap our arms around. Coaches end up having to learn head-up tackling.”

Scott Donaldson, assistant football coach at Batavia High School and current president of the Clermont County Youth Football League, closely watches the OHSAA and USA Football’s latest procedures and incorporates them even at the youngest levels.

This includes limited hitting in practice to one hour per week and pulling a player from the game if they make a dangerous head-down hit.

“A parent may be mad if we pull their child after they take a big hit, but safety is one of the most important things we provide," Donaldson said. "And I know if it was my kid who was seriously injured and kept playing, I would be really upset.”

In December 2012, Gov. John Kasich signed into law legislation that incorporated much of what the OHSAA previously mandated regarding concussions and concussed athletes and return-to-play protocol. Thus, concussion protocol is a state law in Ohio.

“This is a good thing,” Stried said. “It’s a little more restrictive of the initial regulation, but we had already incorporated much of what was in that piece of legislation.”

“It is important for all individuals in interscholastic athletics to recognize the potential for catastrophic injury and even death from concussions,” the OHSAA concussion regulations read in part. “Thus it is extremely important that each coach, administrator, contest official and medical support personnel review their responsibilities in protecting students. Further both students and coaches have responsibilities in this area as well.”

The OHSAA collects concussion data from game officials’ reports or when a game official is involved in removing a student-athlete from an event due to a suspected concussion. However, that represents only some of the concussions during a school year.

This past fall, there were 128 girls soccer and 114 football concussions reported statewide by OHSAA game officials.

The KHSAA has clear directives in place in pages 17 and 18 regarding concussions in its handbook, but Kentucky does not collect data on the number of concussions per sport.

During the 2014-15 school year, the Indiana High School Athletics Association received nearly 2,200 reports of concussive events – nearly half from football and the majority of others from wrestling and soccer, according to the Associated Press. Starting in July 2017, state law requires all Indiana public school coaches from grades five through 12 to complete a course on how to detect possible concussed symptoms and their consequences.

The IHSAA has taken significant steps in addressing concussion concerns, according to Assistant Commissioner Robert Faulkens.

This is the fifth year of concussion training for officials, the fourth year of a mandated protocol and the third year of football coaches teaching about how to prevent such injury.

Faulkens said schools voluntarily report information but the next step in accurately measuring concussed activity is the ability to collect data from athletes who’ve followed up with a doctor visit.

At the end of the day, student-athletes and their families have to make the appropriate decision regarding contact sports, Dr. Bailes said.

Even if sub-concussive blows can’t be mitigated a decade from now, Dr. Bailes believes contact sports will be active, albeit with possible further rule changes.

“Football may devolve back to its origins in rugby – less head-to-head contact, less contact with the head – and more of a rugby style of play,” Dr. Bailes said. “And the same goes for other sports – like soccer eliminating unnecessary heading of the ball, ice hockey eliminating body checks and other high-velocity hits that can affect the head. We are hopeful that protective equipment will continue to evolve and be a part of the solution.”