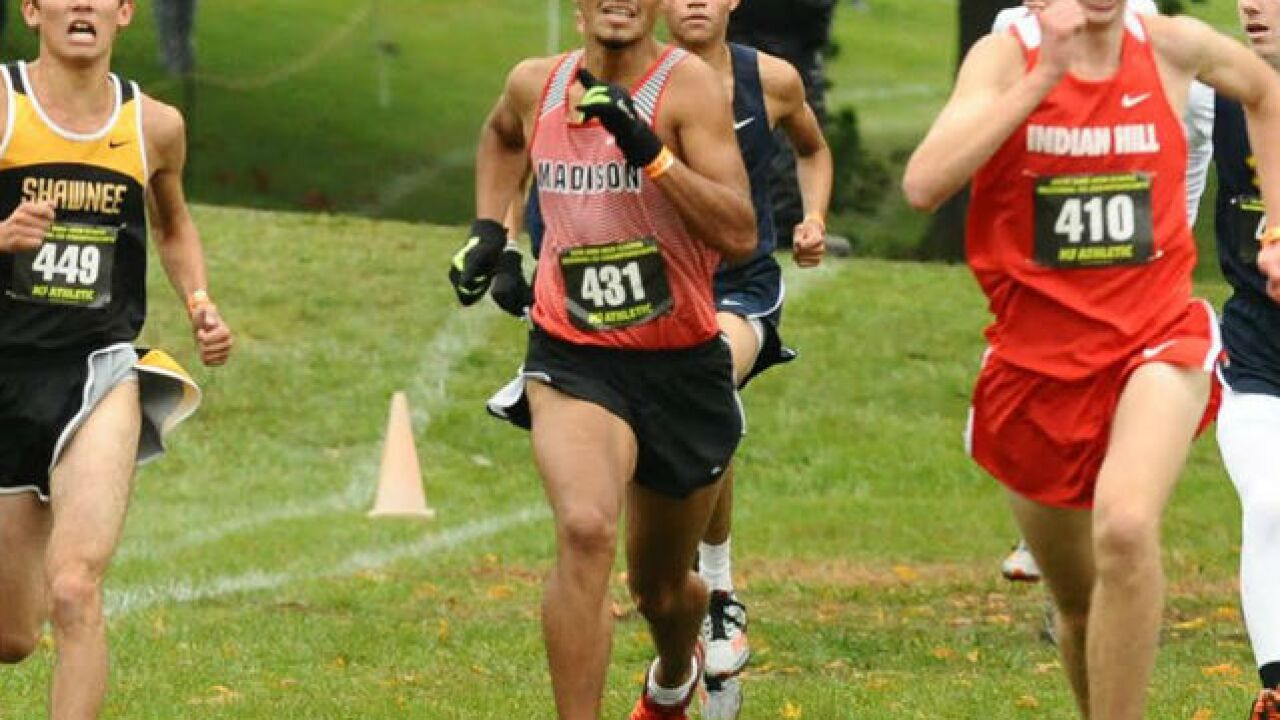 MADISON TOWNSHIP, Ohio – Running is like a sanctuary for Middletown Madison senior Nathan Thobe. He wouldn’t have it any other way.

“I think it’s a great outlet for him,” said Sandy Thobe, Nathan’s adoptive mother. “It gives him time on his own to be able to think about where he’s come from, what he’s been through.”

Nathan, 18, qualified for this Saturday’s Ohio High School Athletic Association's Division II state cross country meet for the first time in his high school career after he finished eighth in the regional meet.

“It’s honestly a dream come true,” Nathan said. “I never thought I would get to this point. But this summer I got really dedicated and I just knew I had to do it. The feeling (of qualifying) to me was so surreal.”

An Austin, Texas, native, Nathan persevered through a troubled home life as child. Thobe and her husband, Terry, adopted Nathan at age 7. Prior to that, Nathan spent time in three or four foster homes after being removed from his biological parents at age 2.

Nathan and his three elder siblings found a home in southwest Ohio with Terry, Sandy and their two biological children.

“They are awesome,” Nathan said. “They are honestly so supportive of everything I do. They cheer me on. They come to all my races. I couldn’t ask for better parents, honestly.”

Nathan, the youngest of six, started running in junior high school and took a liking to the sport. Terry Thobe saw Nathan's potential and encouraged him to take his focus and training a step further.

He knew Nathan could make it to state one day. That opportunity will arrive this weekend.

Nathan, who plans to study criminal justice in college, ran 45-60 miles weekly this summer. He had evening and early-morning training.

This week, he's focused on his diet, too. He has cut out all sweets. He resisted Halloween candy. He fills up on plenty of spaghetti and drinks a lot of water.

Before Saturday's meet at National Trail Raceway near Columbus, Nathan will listen to pop or hip-hop music. He may even meditate in order to get into the zone.

“Honestly, running is a big portion of my life,” Nathan said. “I really could say that I love running because I do it so much. It helps me relieve stress.”

Middletown Madison physical education teacher Jeff Smith has watched Nathan put in extra miles late at night. Reaching the state meet has been a goal since Nathan's freshman year. He has been a gym aide for three years at the school.

“I am so proud of Nathan,” Smith said. “He has overcome things that would crush a weaker person.  He has excuses to be bitter but is one of the most positive people I know.  His adoptive parents have been an anchor for him.”