Company is part of this year's Brandery class 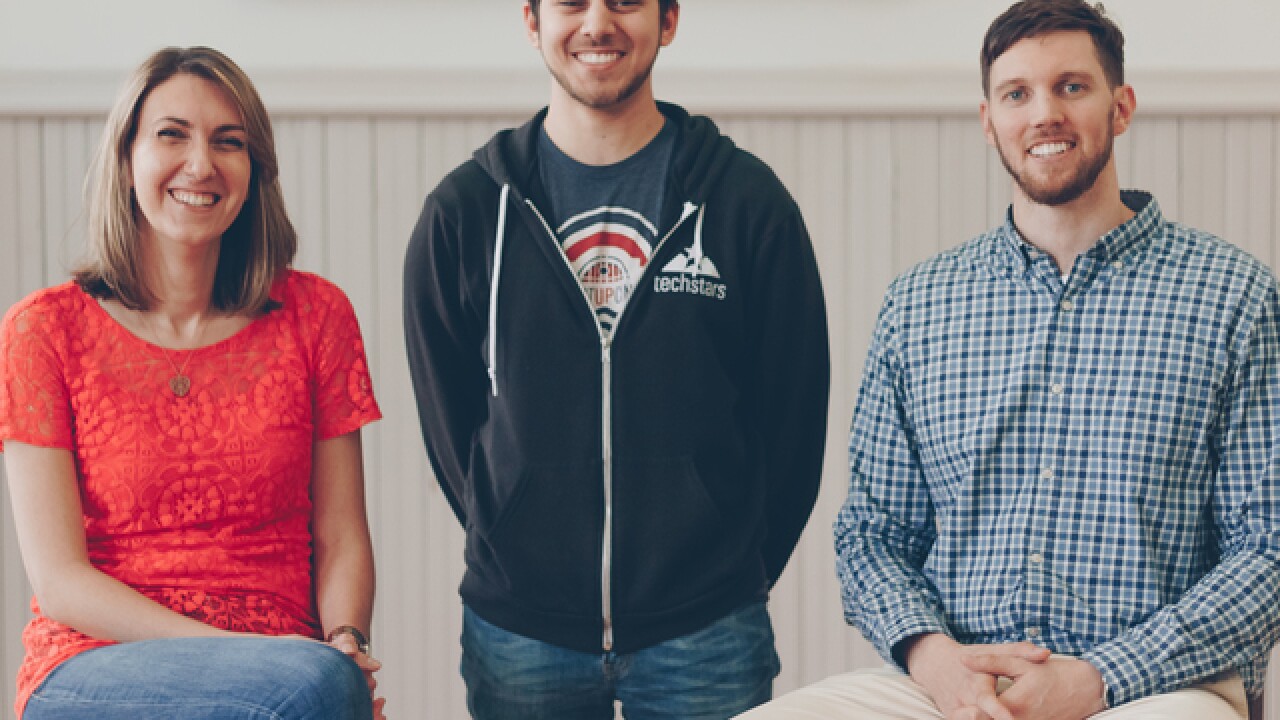 Copyright 2017 Scripps Media, Inc. All rights reserved. This material may not be published, broadcast, rewritten, or redistributed.
Provided
<p>Members of the Martin team are, from left, Tanja Mimica, Jaime Rump and James Hassett.</p>

This is the sixth in a seven-part series introducing the new class of The Brandery, an Over-the-Rhine seed-stage startup accelerator. Each day this week, we'll focus on one startup or business selected to participate in this year's program. Today: Martin

CINCINNATI -- Small business owners typically don't have the time or money to spend on marketing their business via social media.

But they also know it's something that needs to be done.

That's the problem that James Hassett and Tanja Mimica hope to solve with Martin, which uses artificial intelligence to advise business owners about digital marketing.

As WCPO.com previously reported, their company, which they've also named Martin, is one of seven new startups at the Over-the-Rhine business accelerator The Brandery this summer.

In about six weeks, Mimica and Hassett plan to launch the first version of Martin via Facebook Messenger.

Interested business owners could become friends with Martin on Facebook, then have a conversation via its Messenger feature. Martin would first gather information about the business, then suggest some articles and blogs the business owner might want to share with his or her audience. With their approval, Martin could post them to the proper social-media channels, along with the requisite hashtags.

In subsequent versions, Martin will offer help with reputation management, so that anytime the business gets mentioned, Martin will let the owner know, Hassett said.

He and Mimica hope to offer Martin's services for about $50 a month, which they say is much less than the $150 an hour one could expect a social-media consultant to charge.

How did these natives of Australia end up here?

About two years ago, Mimica and Hassett, who are engaged to be married, decided to quit their jobs in Australia. Their original plan was to travel from Argentina to Alaska, but they ran out of money in California.

So Hassett took a job at Neurio, a Canadian tech startup, and then with the Tesla Gigafactory in Reno, Nevada. Mimica did work with small businesses, where she conceived the idea of Martin.

In 2016, they were accepted into the Ocean business accelerator in Oakley. When they completed the Ocean course in May of this year, they really wanted to stay in Cincinnati, because they found the town incredibly friendly.

"Whenever we asked for help from people, they opened their arms and provided whatever they could," Hassett said.

They had also built up a large network of mentors here, they said, including Craig Kurz, the former CEO of the Cincinnati office for the HoneyBaked Ham Co.

First of all, it's a tremendous value proposition, he said, that gives folks expertise in digital marketing without consuming a lot of their time. He's already recommending it to owners of businesses both small and medium-sized that he knows.

He also likes the Martin team, especially Hassett and Mimica's core values. They have a great work ethic and desire to learn, he said.

"I'm tremendously impressed with the passion that they have … and they're applying their intellectual capital to the business in a way that really drives this process," he added.

What have Hassett and Mimica learned about owning a business?

As a couple, they have to make time to get away from the office and work on their relationship. "It's hard to separate work and couple time," Hassett said. "We have to go out on weekends … Otherwise, we'd end up working."

Business-wise, they've learned that they have to "move quickly, or someone else will build it before you," Mimica said.

They've also been surprised at how much venture capitalists want a tech startup to earn before they will invest in it.

"We did some calculations on our initial idea and saw $60 million in annual recurring revenue," Hassett said. "That's not enough for a VC … They usually want $100 million."