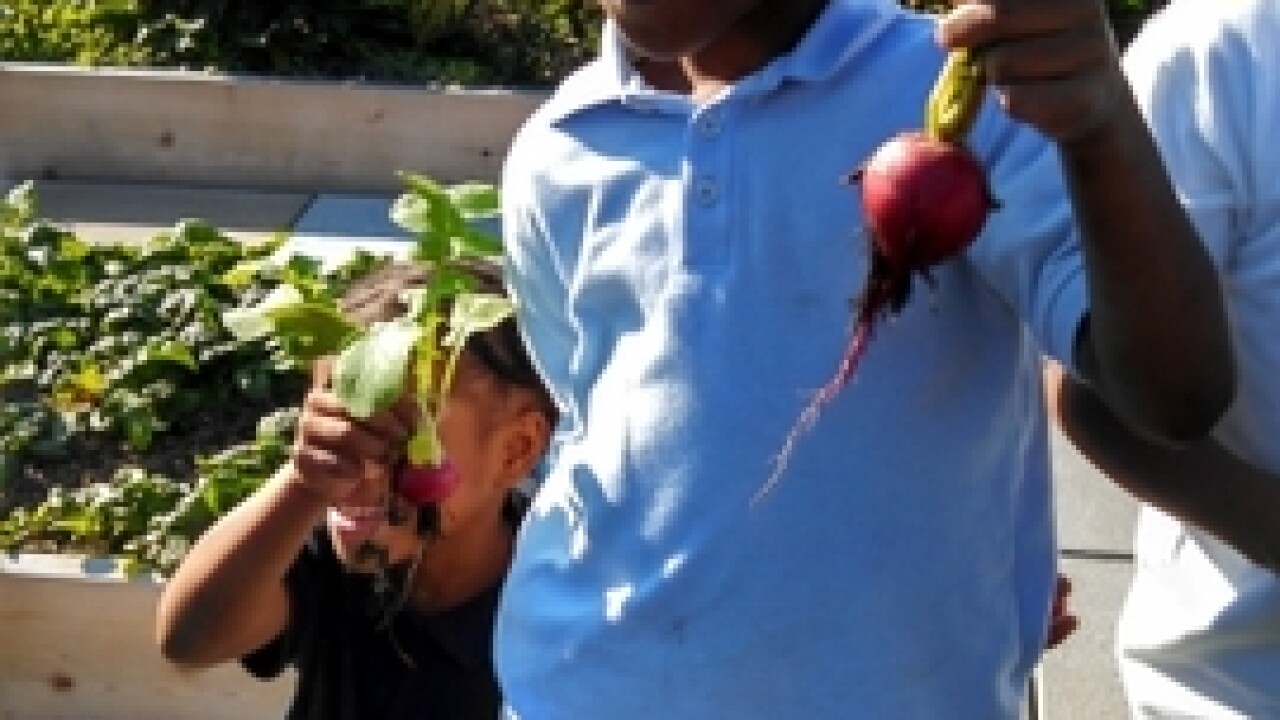 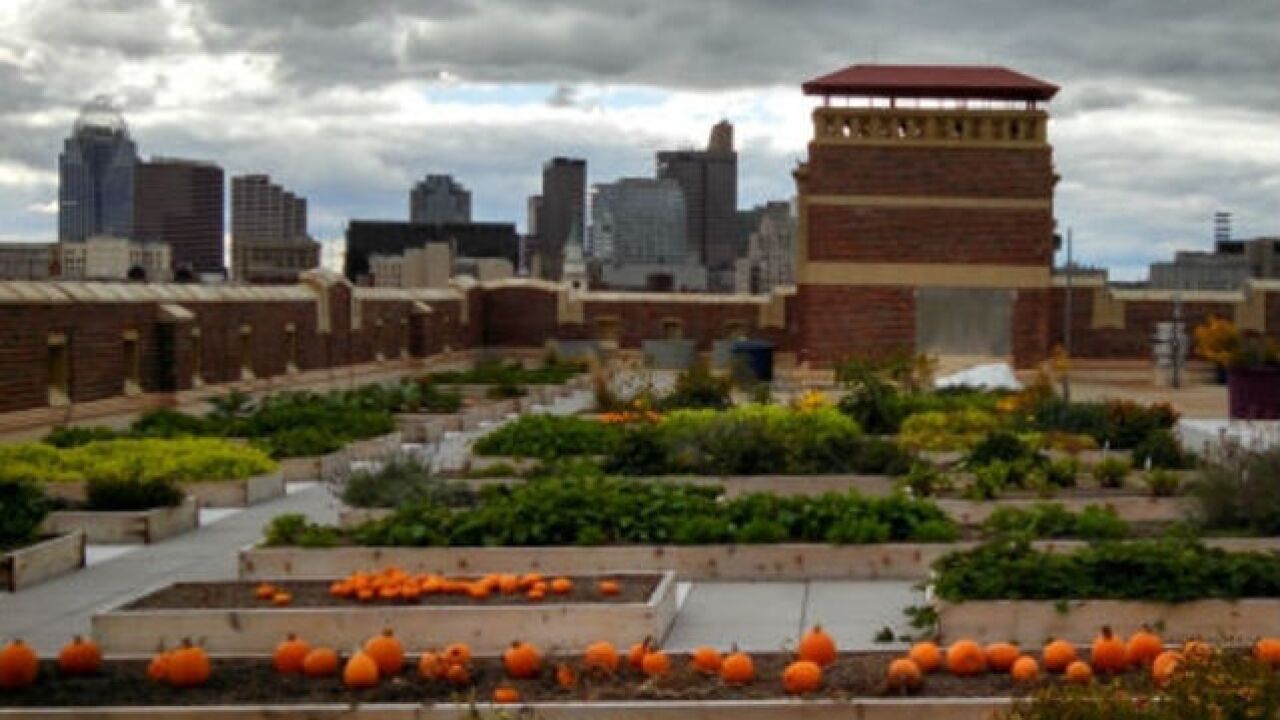 CINCINNATI -- Spring planting time is on the horizon for students at Rothenberg Preparatory Academy, but kids already are exercising their green thumbs.

While they won’t be working in the school’s rooftop garden until after spring break, fifth-graders are engaged indoors in the Great Amaryllis Race.

Each class grows an amaryllis, which they observe and compare with other classes’ flowers, tracking whose is tallest and quickest to grow. Students in other grades also are learning facts about the amaryllis, which was recently highlighted as the flower of the month.

Studying the flower of the month is one of a few ways the Rothenberg Rooftop School Garden program can be seen around the building.

“We think about what we can do with them indoors during this time,” said Amber Simpson, principal of Rothenberg Preparatory Academy.

The rooftop garden program, which began nearly three years ago, would not have become a reality without some help from the community, said Bryna Bass, program manager for Rothenberg Rooftop School Garden.

The building at 241 East Clifton Ave., which houses 422 pre-kindergarten through sixth-grade students, in 2008 was slated for demolition as part of Cincinnati Public Schools’ facilities master plan. However, community and Over-the-Rhine Foundation members wanting to preserve the building banded together to get the district to renovate it instead.

The building reopened in 2013, and with the support of foundation trustee Pope Coleman, the garden program took root.

Inspired by Loveland-based Granny’s Garden School, Coleman wanted to bring schoolyard garden programming to the inner city. Not to be deterred by a lack of space, he looked to the building’s flat-top roof, where the school’s playground originally was located.

“The roof is huge, so the garden itself is just about half of the roof,” Bass said.

The garden is comprised of 35 raised beds, each of which belongs to a different class within the building. The remaining half of the roof is a community space, with picnic tables and benches where students can do work and staff members can eat lunch.

While students do their share of planting and harvesting fruits, vegetables and flowers, the rooftop school garden program offers a teaching extension for core subjects more than gardening skills.

The program, which uses an indoor lab space when the weather isn’t conducive to outdoor learning, offers enrichment opportunities for subjects ranging from science to math and English language arts.

“There’s lots of life science that can be supported and enriched by coming into the garden and making lots of observations,” Bass said.

In addition to making observations, students learn about photosynthesis, test soil and measure plant beds to determine volume and how much soil should be used. They even spend time in the community space writing poetry and weekly journal entries.

“They get the opportunity to experience something they wouldn’t ordinarily experience,” Simpson said.

The crops from the garden provide even more opportunities, with an impact that extends beyond students.

“We have done cooking classes with the parent center using fresh produce from the garden,” Bass said.

The classes are one way school officials build community connections through its parent resource center.

“It’s another opportunity for parents to come into the building and be a part of what we do here,” Simpson said.

Some foods, like spinach, lettuce and cherry tomatoes, wind up in the school salad bar. Participating in the garden program and seeing their crops featured in the cafeteria has helped boost the number of kids making health-conscious choices at lunch time.

According to a Rothenberg Rooftop School Garden newsletter, three out of five students choose to eat off the salad bar since taking part in the school’s garden and STEM (science, technology, engineering and mathematics) programs.

Some food even makes its way beyond the walls of the school building. According to the newsletter, 40 families in the school community have received fresh produce and herbs from the garden.

While they can only track the garden’s direct impact, school officials hope the connection between curriculum and life skills carries over beyond their time at Rothenberg.

“That’s always our hope, that they will gain the interest of looking at gardening in their own homes, making some type of plant bed at their own houses,” Simpson said.