Sports first, school second: Why parents are holding their kids back for an athletic advantage 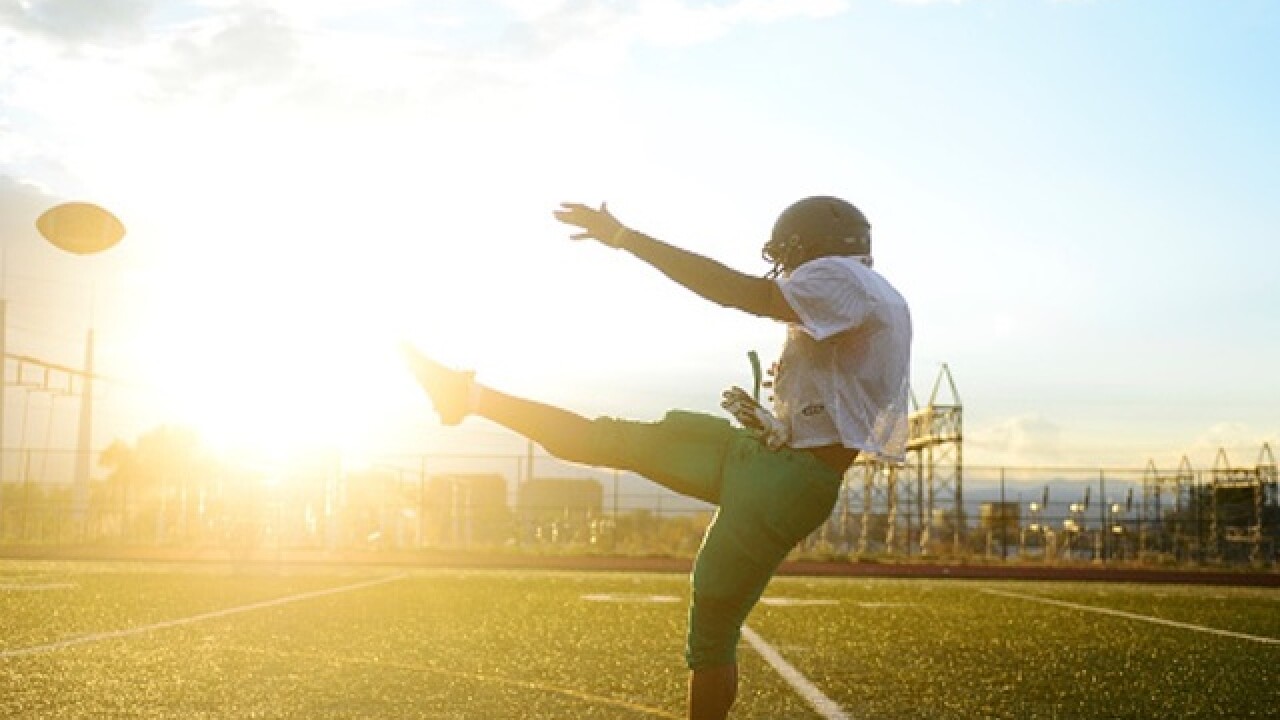 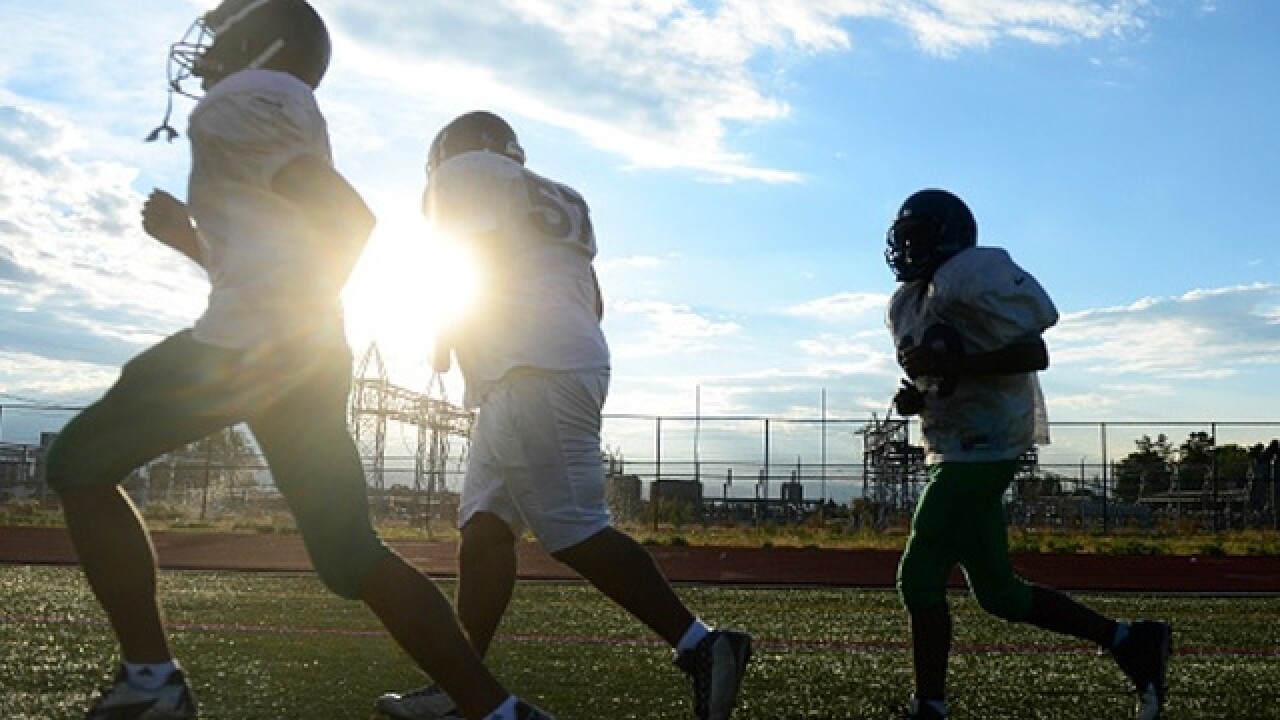 CINCINNATI -- Students transfer to All Saints School – a private K-8 school in Cincinnati – for a lot of different reasons.

During an entrance interview last spring, a teen boy said he wanted to transfer “from a well-performing school district” so he could repeat his current grade level, Stringer said.

“He told me, ‘I want to get another year to work on my basketball game,’” he said.

Stringer said he’s denied four requests for enrollment at All Saints – which has 453 students – because during the interview process, families said they wanted their child to repeat a grade for athletic reasons.

This phenomenon is known as “redshirting,” and it isn’t specific to one school, one region or even one state. It happens everywhere.

Redshirting is the practice of holding back a child between fifth and eighth grade against the advice of teachers for the purpose of gaining size and strength. The practice, in theory, gives a student an athletic advantage on the field or court.

The Tri-State is a hotbed for dedicated high school athletes and successful teams, but New Jersey, Washington D.C. and Florida, among other states, have reported similar problems.

Parents who want to redshirt their children will argue the end result -- a collegiate athletic scholarship -- will be well worth any possible negative consequences.

Yet coaches at the collegiate and high school level say the decision to redshirt a child is in no way a guarantee for athletic success.

“Strategically delaying a youngster’s grade advancement for the sole purpose of achieving an athletic advantage in middle school seems like a terribly short-sighted decision,” said Doug Rosfeld, director of player development for University of Cincinnati football.

“If a parent’s ultimate goal in the life of their child is to lead the seventh grade team in scoring, I’m not sure any rational advice will help.”

Rosfeld coached at Moeller High School before taking a job at UC. He said he’s noticed players who are much older than their peers at the high school and college level.

“I’ve never seen it institutionalized or generally promoted, so I don’t know who parents are listening to,” he said. “I found that college coaches would often ask how much potential for growth a young student athlete has, which seems like code for ‘How old of a senior is he?’”

While a year’s growth can help a player stand out in middle school and possibly his or her freshman year of high school, older players don’t consistently stand out at the high school or college level, Rosfeld said.

“Some of the students [who were held back] continue to stand out in sports, but often the younger students will bridge the gap later in high school,” he said. “Some of our standout players at UC are very young, while some are much older. There’s no direct correlation.”

The ages of some of today’s standout players in Tri-State football prove Rosfeld’s point.

Breaking the Rules for a Pipe Dream

Redshirting is against the rules of most athletic organizations and can result in punishment from the state’s athletic governing bodies.

“When parents are holding their children back against the advice of educators, that’s a terrible decision,” said Debbie Moore, assistant commissioner of the Ohio High School Athletic Association. “We would really advise against that, especially for the end goal of gaining an athletic scholarship to college. That’s a pipe dream.”

The Ohio High School Athletic Association has new rules that will be enforced starting next year to try and prevent redshirting. The KHSAA made the same rule changes -- which extends into middle school -- a few years ago.

"If you really think you can predict your child’s athletic career six or seven years ahead of time, you’re so off-center that no rule will stop you,” said Julian Tackett, commissioner of the Kentucky High School Athletic Association. “Your priorities are just too messed up.”

Even if teachers, principals and guidance counselors don’t condone the retention of a student, it’s easy enough for parents to hold their child back.

Transferring schools, withdrawing to be homeschooled or just demanding retention at the child’s current school are some of the options parents can take to retain their academically competent children, with or without the blessing of their teachers.

In Ohio, a child’s retention is handled differently from district to district. In theory, if a parent can’t convince a school to retain their child, they could transfer to a neighboring district that allows parents to control the retention decision. In Kentucky, the decision to retain students is up to the school.

But at a private school, enrollment, advancement and retention is completely in the hands of the school’s administration, like Stringer.

“Our school’s mission is to help students grow -- academically, spiritually, to grow in character. And sure, physical growth comes along with that, but that’s not part of our mission,” Stringer said. “We don’t exist for students to essentially waste a year in order to work toward a goal of success in athletics while disregarding academics and social growth.”

Stringer said he’s seen a huge increase in what he calls “blatant requests for a redshirt year” during the last two school years.

Red flags for a potential redshirting student, Stringer said, include high academic performance (despite requesting retention), interest in transferring to a school that may appear “random” and desire to enroll at a new school during the spring, which he said is uncommon.

Stringer said it's often not the student who is pushing to be held back. The parents are often pulling the strings, he said.

“This is usually a parent-driven thing, but not always,” he said. “Most [kids] don’t want to stay back. They want to move along with their friends at their home district."

Research shows holding back a child who is not struggling academically can have serious negative repercussions.

Nonprofit publisher Ed Week released research last year that said retaining a child at any grade level typically yields little or no positive effects, but retention can lead to academic boredom. It can also hurt self-esteem and emotional wellbeing.

“Research has consistently found that retained students are at a higher risk of leaving school earlier, even after controlling for academic performance and other factors such as race and ethnicity, gender, socioeconomic status, family background, etc.,” the article states.

The research shows that when a decision for retention is based on athletics and size, a clear priority is given to sports over school and social development.

“What are you telling your child when you say, ‘The most important thing for you is to be bigger and stronger, even if you’re doing great in school?'’' Stringer said.

Rosfeld said the decision to retain a child should be made for the right reasons, which don’t encompass athletic success.

“Middle school is an important time in a young student’s life, especially for boys,” he said. “So if a parent thinks that another year of maturity, social adjustment and personal growth will help their child adjust to the world around them, go for it. However, every decision comes with consequences.

“Hopefully, they are considering what is best for the child’s whole person and what will help them become a good adult."

Kids Just Want to Have Fun

The National Collegiate Athletic Association reports that only five percent of high school athletes in the country go on to play a sport (any sport) in college. When you’re talking about Division I athletes, that figure goes down to one percent.

“The saying I always heard was, ‘If you’re good, they’ll find you,’” commissioner Julian Tackett said. “And that’s still true. Talent is talent.”

And for the child who has been pushed into sports for most of his or her life -- what happens if it doesn’t work out?

“For so many kids today, sports becomes a job,” Tackett said. “When you drill a sport into your child so intensely, they’ll almost certainly burn out and want to quit, maybe even before high school.

“[Parents] just living vicariously through their kids. That causes problems more than anything else.”

”Kids overwhelmingly say they play sports for fun and to be around their friends,” he said. “But the majority of parents say they want their kids to play sports to get a scholarship or go on to play professional ball. Do you see the disconnect?

"Kids just want to have fun. Why can’t parents just let them?”