Spiked ice keeps your drink cold without diluting it 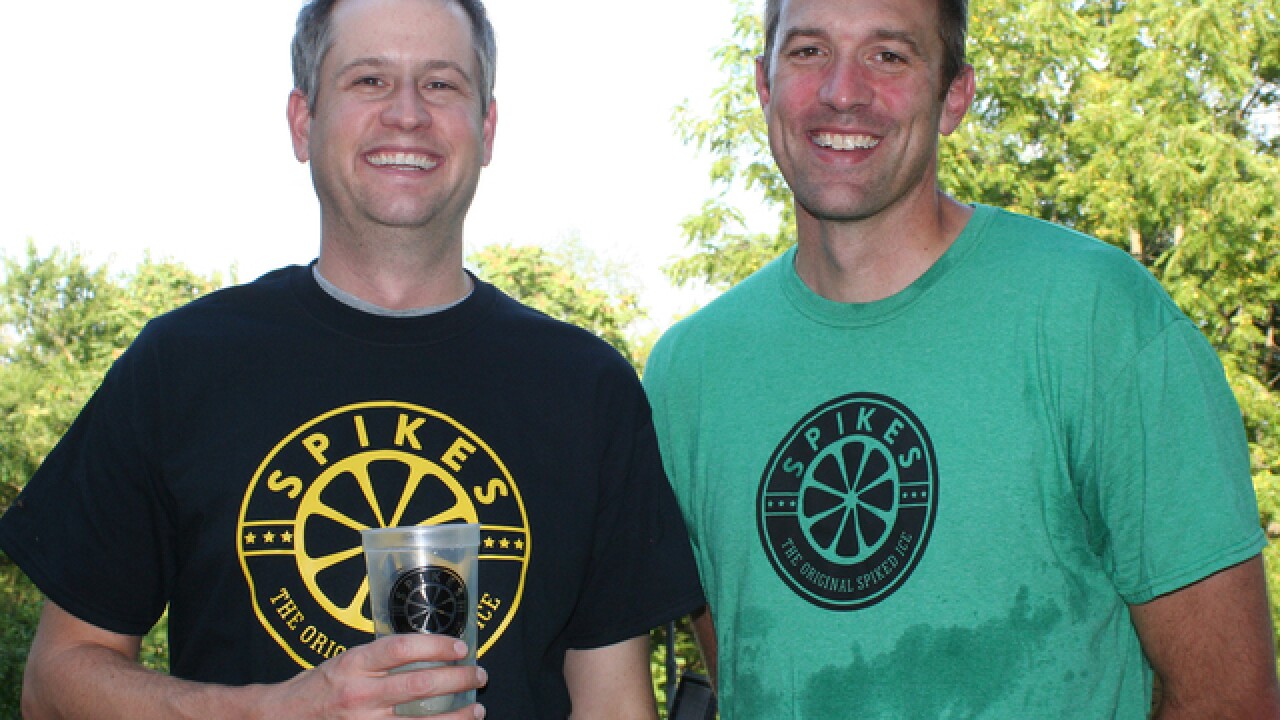 On the list of unpleasant experiences, it ranks right up there with watching a 2017 Bengals game.

The only thing worse? Drinking warm beer while watching the Bengals game.

In June 2015, Dan Twyman watched the Reds play at Great American Ball Park as he drank a $12 beer that was getting warmer with every sip. That's when he had the idea for Spikes  -- ice that keeps alcoholic beverages cold without diluting them.

It comes in disc-shaped, sealed plastic packages that you pop into your freezer until they make ice. Then you put the ice into your favorite beer, white wine or other alcoholic beverage.

The cubes are about 7.5 percent alcohol. The rest is fruit juice, water and flavorings. They come in three flavors: lemon, lime and strawberry.

Who are the founders?

Twyman spends most of his days crunching numbers at his full-time job as senior tax operations manager for GE Aviation. His co-founder, Brian Gettelfinger, works in research and development for Procter & Gamble.

When Twyman began making prototypes for Spikes, one of the first people to whom he offered samples was Gettelfinger, who lived next door to him in West Chester. Gettelfinger loved the idea, and they incorporated the business in September 2015.

Are they making money?

They've sold as much as $7,000 worth of product in warmer months. The product is sold in more than 20 local outlets , including convenience stores and liquor stores.

Working nights and weekends, they've done the most they can do to build the business. Earlier this month, they began a campaign to raise at least $100,000 from small investors on the new crowdfunding platform Wunderfund .

That much money would help them get wider distribution, recruit brand ambassadors and build enough inventory to make them look like a real company, Twyman said, and "not two guys running it at midnight."

Wunderfund founder Marvin Abrinica has been sold on Spikes ever since he popped one into a beer and made "one of the most spectacular cocktails" he'd ever had. It's essentially the first product of its kind, he said, and it solves a unique problem.

The timing for it is perfect, he added, because of the newfound popularity of flavored beers. In 2016, Money magazine reported that over the previous five years, the number of new flavored beers had grown by 80 percent.

What's been their biggest challenge?

Because of Spikes' alcohol content, Twyman and Gettelfinger had to get approval to sell it from state and federal regulators. At the federal level, that's the Alcohol and Tobacco Tax and Trade Bureau. Getting a distributor's license took more time than they expected.

Agents with the bureau didn't know what to make of the product, Tywman said. Should it be classified as beer or liquor? Also, they didn't know where to put the label with all the government warnings: on the lid, on the package, or on the shrink wrap that holds three packages together.

The product is manufactured by a packer in Louisville, but it's distributed out of Twyman's home, which also had to be registered with the bureau.

"My basement is, what do you call it? An 'alcohol distribution center,' " he said.