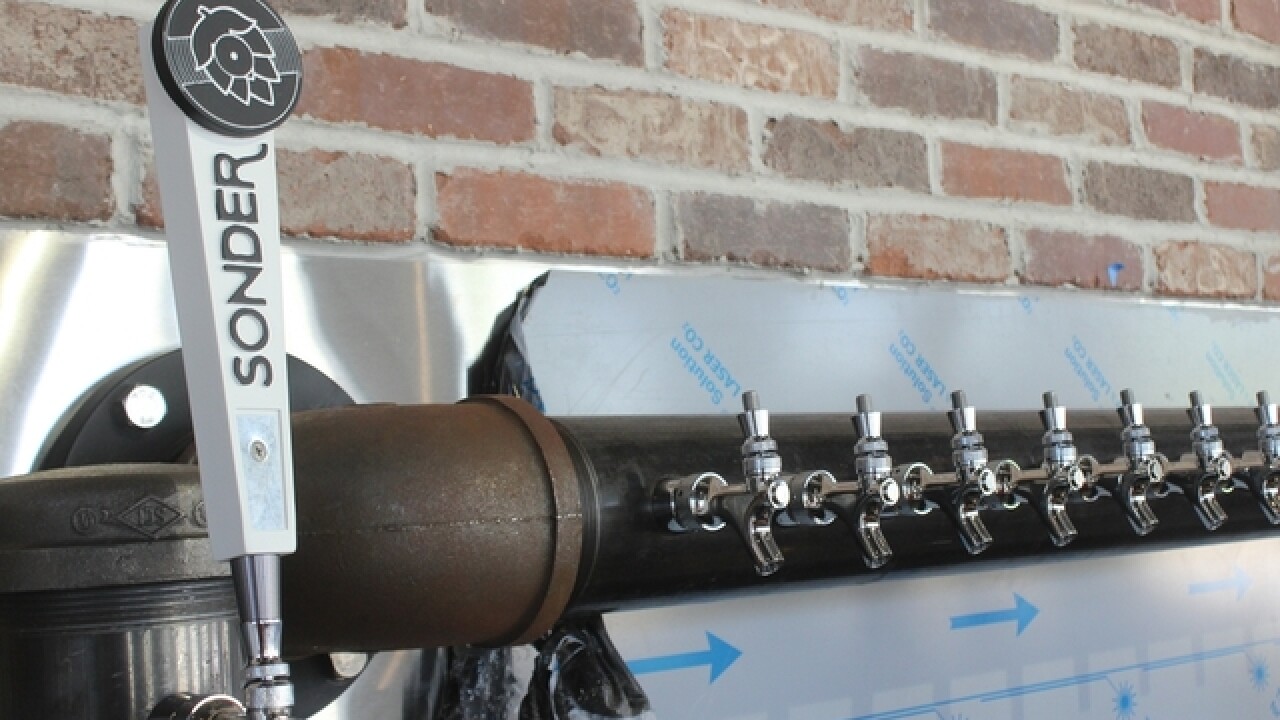 Copyright 2018 Scripps Media, Inc. All rights reserved. This material may not be published, broadcast, rewritten, or redistributed.
Brian Mains | WCPO
<p>The founders of Sonder Brewing hope to start serving their craft beer to the public in October. Sonder is located at 8584 Duke Blvd. in Mason. Sonder will open with six to seven beers on tap. Its taproom will include additional taps for future growth.</p>

The brewery will also offer a fenced-in lawn with an over-sized beer garden that is adjacent to bocce ball courts, cornhole, volleyball and fire pit areas on 6.5 acres of land at 8584 Duke Blvd. in Mason, near Kings Island.

"It's been exciting, that's for sure," said Justin Neff, one of Sonder's three co-founders. "It's been really cool to watch. We've all dreamed of owning our own business or brewery for years, and it's fun to see those various dreams come to fruition."

Neff, along with partners Daniel Schmerr and Jennifer Meissner, announced plans to build Sonder’s 16,000-square-foot indoor brewery and taproom and its outdoor facilities from the ground up in March 2017.

Shropshire began his brewing career at Mount Carmel Brewing. He left Streetside Brewing in July to start his current role.

The co-founders decided to call their brewery Sonder because of the word’s unique but obscure meaning : "The profound feeling of realizing that everyone, including strangers passed in the street, has a life as complex as one's own, which they are constantly living despite one's personal lack of awareness of it."

“It basically means that everyone has a story; every beer has a story to tell,” Meissner said. “It’s just a word that we really liked.”

Legler and Shropshire said neither of them plans to focus on a specific style of beer, though they both hope to introduce particular styles each is passionate about.

"I think it would be really great to hit on some of those traditional German styles," Legler said.

The brewery will open with a fully automated 30-barrel brewhouse from Quality Tank Solutions. Legler said the American-made brew system will allow for a flexibility in the styles of beer Sonder brews.

"Because this brewhouse is fully automated we have written programs that will maintain consistent quality while letting us grow quickly," Legler said.

When Sonder opens it will feature six to seven beers on tap. Those beers will likely include a traditional German lager, New England IPA, IPA, session Kolsh and Belgium Wit. The taproom will also serve wine and spirits for those who may not enjoy craft beer.

Sonder will also open with a full-service kitchen, which will include a pickup window in the beer garden.

Neff said his partners are also ready to keg beer and distribute locally two to three months after they open. They also built out a space to install a future canning line.

"We really want to focus on here (the taproom) first though," Neff said.

The owners plan to add a second story patio and private event space in what Neff called phase two of their business model.

"Everyone will feel welcome," Neff said. "It's definitely been a learning experience just getting here."