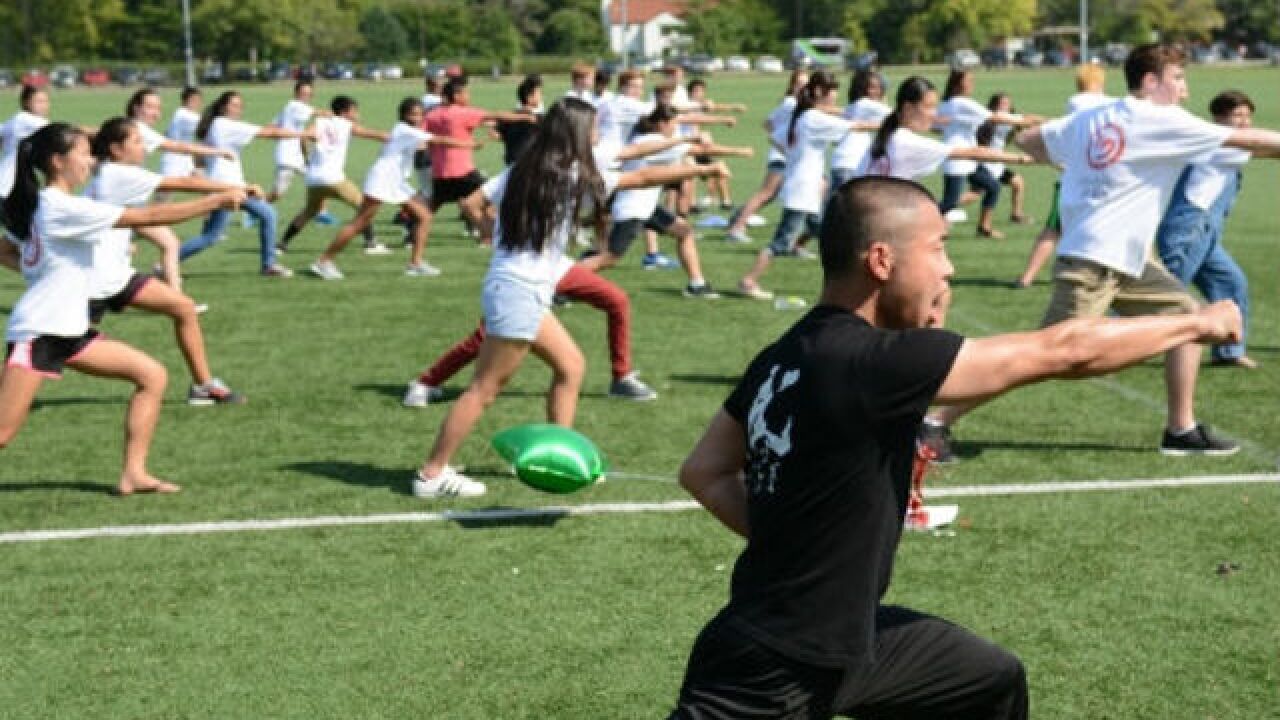 CINCINNATI -- Chinese class just got physical for students at The Seven Hills School, who last month took the top prize in a kung fu competition.

The competition, which earned Seven Hills students recognition and $150 for class supplies, was part of a Chinese festival hosted by Miami University’s Confucius Institute.

A Confucius Institute is a nonprofit public educational organization affiliated with the Ministry of Education of the People’s Republic of China. Smaller versions of these institutes are referred to as Confucius Classrooms.

The festival, which took place Sept. 16 in recognition of Global Confucius Institute Day, kicked off a weeklong celebration of Chinese culture on the university’s Oxford campus.

Seven Hills was one of 11 local schools to participate in the event by painting and flying kites, practicing kung fu, speaking Chinese and learning about Chinese culture. Other participants included students from Mason, Sycamore and Oak Hills high schools.

“Our school focuses on hands-on learning, so we want our students to apply their knowledge in a real-life situation,” said Mia Wu, who teaches Chinese at Seven Hills.

On Miami’s campus, that hands-on learning included a kung fu lesson prior to the competition. However, with a group of only eight students -- in contrast with the 20 or 30 from other schools -- neither Wu nor her pupils expected to take first place.

“I was actually very surprised because we’re a small group of students,” Wu said. “But on the other hand, I know they can do very well, if they try hard.”

Of the eight, only one student had any background in kung fu martial arts.

Seven Hills senior Natalie Lucas has studied kung fu for four years. While there are numerous different styles of kung fu, the style practiced at the festival was similar to the Northern Shaolin style she studies.

“It was really fun to just sort of relearn a form that kids use when they first start and demonstrate it with my peers,” she said.

The competition consisted of some kung fu stances put together into a routine, called a form.

Despite the lack of formal training, senior Shelby Davis’ background in theater and gymnastics and junior Brett Miller’s experience with tae kwon do also may have contributed to their success.

“Tae kwon do is definitely different, but I feel that some of the movements and some of the poses are similar enough that I could kind of get the feel of it,” Miller said.

“I think that the reason that we may have won is because we were all willing to go out and make our best effort,” said Shelby Davis, a senior at Seven Hills.

The winners of the event’s competitions are typically announced onstage as part of a show concluding the festival’s events. However, because a storm ended this year’s event early, the students received the news about a week later by email.

“I couldn’t personally see what everyone did … but finding out that we won was actually quite amazing,” Miller said.

Wu already has used the $150 prize to purchase materials for her classes, including calligraphy ink and paper, Chinese board games and Chinese comic books.

“We focus on a lot of the cultural aspects,” she said.