Owners hope for a June opening 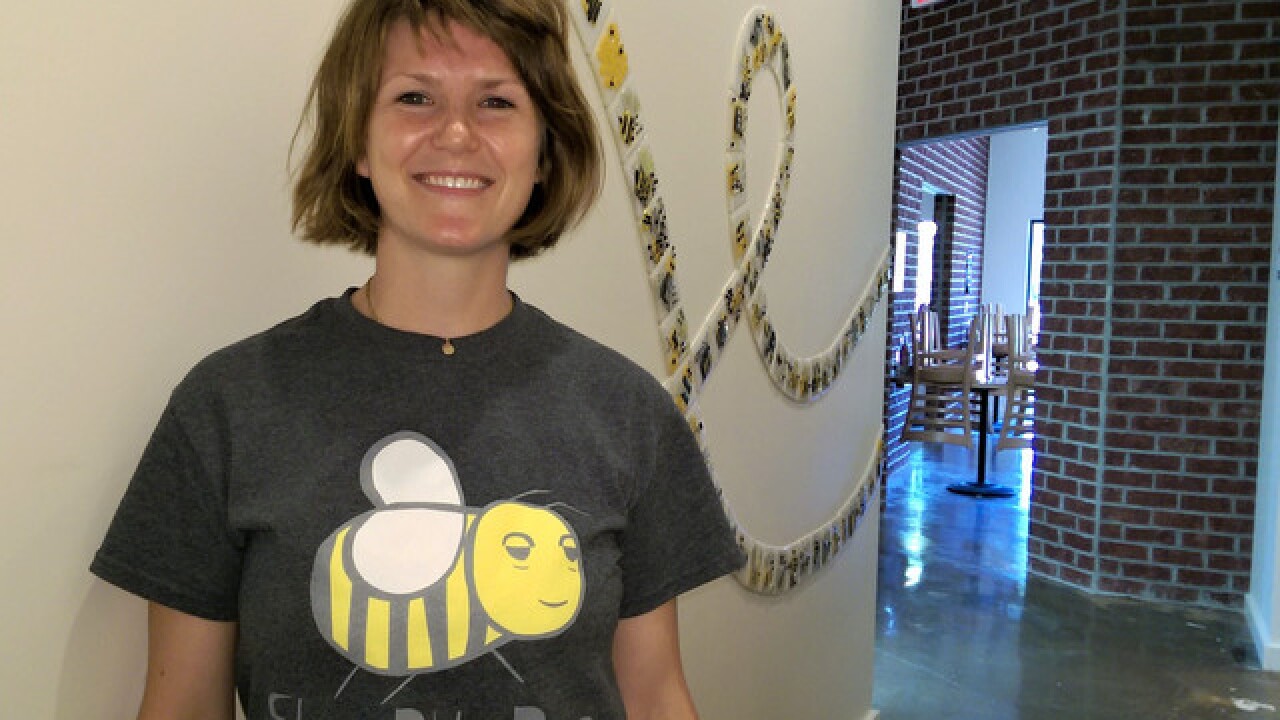 CINCINNATI -- When the owners of popular breakfast-and-lunch eatery Sleepy Bee Cafe initially announced they planned to open a location at 8. E. Fourth St., it immediately created a buzz Downtown.

The owners have since been hard at work to make this their flagship restaurant. The transformation of the space is now entering the home stretch, and if all goes according to schedule, Sleepy Bee projects it will open its third location in June.

The restaurant will breathe new life into the Fourth Street building, which, according to co-owner Sandra Gross, had been vacant and boarded up for roughly 15 years. Gross, who is also an artist with a keen interest in the environment and sustainability, likened the renewal to the behavior of bees.

"Bees do that, you know, they go into old trees and give them new life," she said. "I would hope we can always do that and lessen our environmental impact by just going into spaces that exist."

Sleepy Bee has consistently lived up to that philosophy. The Oakley location had been vacant for three years before it was transformed into the first Sleepy Bee restaurant, and the location in Blue Ash had been boarded up for about 10 years.

The Downtown restaurant will seat about 110, including a full bar along with a coffee bar. It is designed with agility in mind, making it more "business-friendly."

"To speed up service, we will have a separate line for all carryout orders and anyone wanting just a coffee," said executive chef and co-owner Frances Kroner. "We are also going to have a cooler with a few ready-to-go items intended for folks who want to pick up something for later."

Not unlike the other two ventures, Gross leads the design of the decor and implementation of artwork in the Downtown restaurant. She's still finalizing the details but is planning on a community artwork project with other Downtown businesses.

"Community is really important," Gross said. "It's part of the (Sleepy Bee) mission to incorporate and bring the community into it and make it their restaurant."

The community artwork for the Oakley location included neighbors painting bees on canvases, which were then displayed on the restaurant wall. For the Blue Ash restaurant, Gross said, "we had everybody come to my studio and we did a bee line out of glass."

Gross hinted she's creating a glass flower chandelier at her studio for the Downtown location.

"It's going to be more of a large-scale glass installation that ties into the bee theme," she said.

Gross and Kroner chose the Central Business District for a number of reasons, including the appeal of being in the Downtown core and the accessibility to Northern Kentucky. But the strongest reason may go all the way back to Gross' childhood.

Gross' father and grandfather used to work on Fourth Street, and she admitted to having a "soft spot" for the street.

"As a child, as a treat, we would go down to Fourth Street and have ice cream at Graeter's," she said. "And there was this store called Gidding-Jenny. It's a very fancy store … we would walk through there and there were these silver boxes with purple bows."

Gross said a number of people tried to persuade her to expand to Over-the-Rhine, but it ultimately came down to what her father would do.

As with the other Sleepy Bee restaurants, this location will also have a from-scratch kitchen and will favor locally sourced ingredients. Kroner gave numerous examples of local purveyors, including Marksbury Farm, Snowville Creamery, Sauder's Free Range Eggs, Shadeau and Sixteen Brix Breads, and Eban's gluten-free bread.

Sleepy Bee is known for food that appeals to the conscious eater, allowing options for dietary restrictions and customizations.

"There will be a few items that are tailored to Downtown, but guests will be able to find all their favorites as well," Kroner said.

The chef said they've been making all of their own syrups for the coffee beverages and "souping up" their bar program.

"We are also moving toward a more artisan tea company," Kroner said.

"I think Frances' menu has given us a way into locally sourced food that's delicious and healthy," Gross said. "Similarly, with the space, I want (customers) to feel warm and comfortable and be around beautiful art."

Grace Yek writes about food for WCPO.com. She is a certified chef-de-cuisine with the American Culinary Federation, and a former chemical engineer. Questions or comments? Connect with her on Twitter: @Grace_Yek.