Simon Kenton prepares to square off against Louisville Trinity 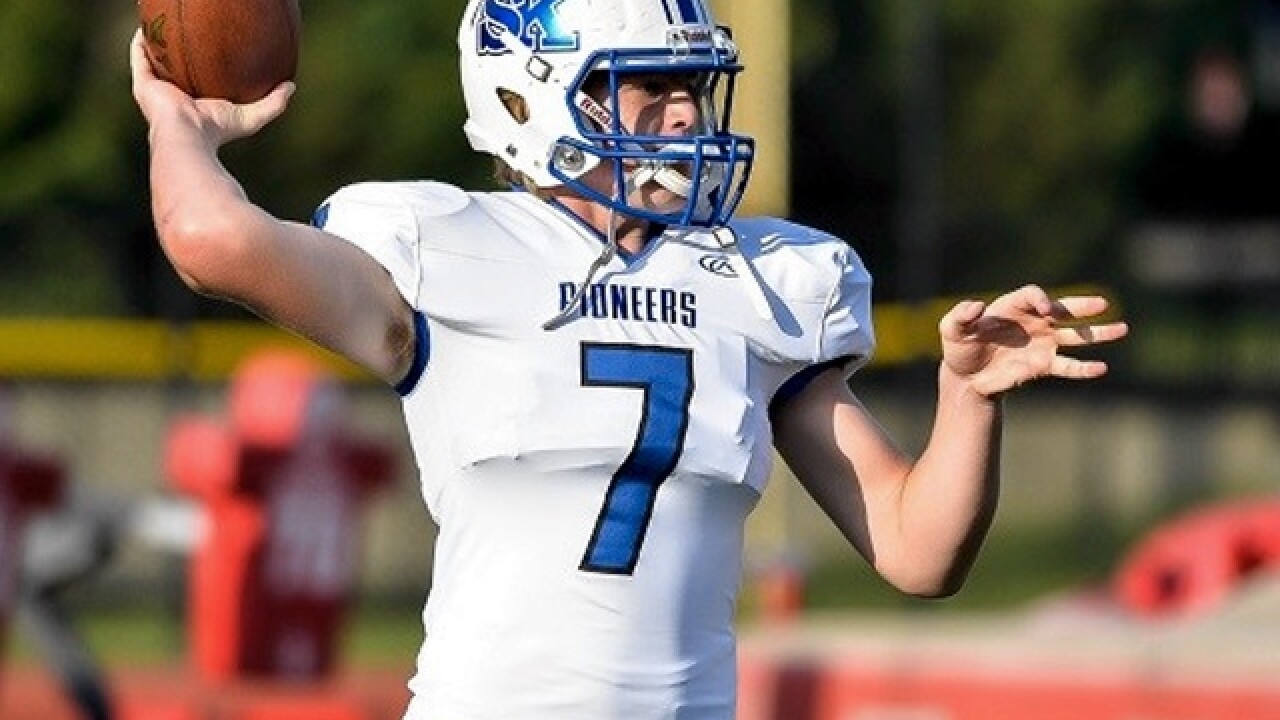 INDEPENDENCE, Ky. -- Louisville Trinity is the premier high school football program in Kentucky without a doubt.

With a state record 24 state titles since 1968, 27 straight victories overall and a stifling 2017 defense that has shut out six of 11 foes so far, the Shamrocks (12-0) are the prohibitive favorite for ring No. 25 and a second straight Class 6A state title. They're three wins from that title and Simon Kenton (11-1) is the latest team to stand in the way in Friday's regional final scheduled for 7:30 p.m. at Trinity in Louisville.

The Pioneers are not intimidated. They expect to compete.

"This is our ninth regional championship (game) in the last 10 years," Simon Kenton coach Jeff Marksberry said. "We have been in this situation eight other times, and our kids do believe in themselves, and our kids believe in what we do."

What they do is run an explosive offense that has scored more than 46 points per game on average while getting the job done on defense. They've amassed 2,549 yards on the ground and 2,430 yards through the air in a balanced spread attack led by senior quarterback Matt Shearer.

However, they've not yet faced a team like Trinity. Only two Kentucky teams have scored on the Shamrocks: Jeffersonville in a 40-6 Trinity win Sept. 22 and Campbell County last week in a 51-13 Shamrocks win. Trinity has allowed 87 points overall this season and 41 of those came Week 2 in a 42-41 win over Indiana big-school power Warren Central. The Rocks have allowed only 1,064 yards on the ground all years and 1,359 through the air.

"Everyone just believes in our system and our offense," Shearer said. "Our coaches preach to us to just do our own thing and to play our ballgame. Just believe in what we do and let everyone know it's not impossible. Just play our game."

"I think they're a really good team," Simon Kenton senior receiver Fisher Hayden said. "The biggest thing for us is to not be beaten before the game mentally, thinking we're going to go in there and get beat. That's not how you should approach it. You've got to have a lot of confidence and you have to play with confidence. You have to believe in your team and what you've been doing all year."

Shearer has been completing passes and throwing touchdowns all year. The first-year starter has thrown for 2,345 yards on 151-of-239 passing with 31 touchdowns and only seven interceptions.

"He's calm," Marksberry said. "He doesn't let things fluster him. Sometimes as a coach, that can be frustrating because I feel he should be upset with what happens, but he just sort of let's things roll off of his back. I think it's good that he has that he has that personality because it allows us to work together."

"It's the diversity we have," Hayden said. "We all catch the ball well. There are certain things we each do that compliments the offense we run. Calvin is quick and can break tackles. Sam can get open easily. I can run down the field and get open. It's the diversity in the players that makes us special."

And then there is Shearer steadily running the offense behind a talented offensive line.

"I don't think we do anything differently (against Trinity) than we've done all year because that is what we've practiced," Marksberry said. "It's who we are. We're a spread offense with a read run game and a potent passing attack. We have to pick our spots to attack them. We've seen on film that there are some things that we do that teams have had success doing against them. We've got to execute."

With a defense as stout as Trinity's, Marksberry said limiting negative plays is paramount. Simply, gain yards on every play.

"You can be second-and-eight, but you can't be second-and-16 taking a sack on first down or having bad snap or something like that because you don't get out of that hole," Marksberry said. "You've got to find a way to get positive yards on every play."

And make no mistakes.

"We realize a lot of teams go in there against them and make a lot of mistakes," Hayden said. "The biggest thing for us is to go in there and limit the mistakes. Play full speed, but play smart. Play hard, play fast and play smart."