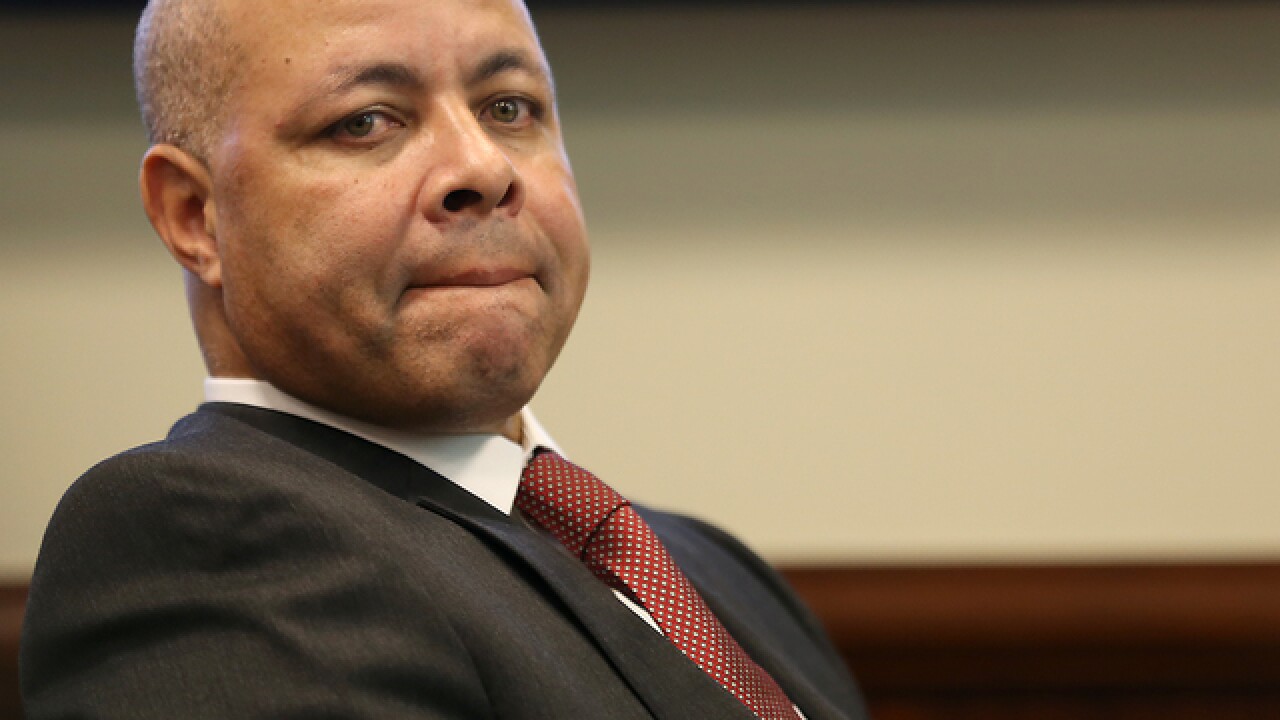 If Cincinnati City Manager Harry Black wants a taxpayer-funded attorney to defend his personal interests in an upcoming probe, then city council must pass an ordinance giving him a “compensation package,” to pay for it.

In the nine-page memo, Muething strongly suggests that Black should pay for his own private attorney because using city funds “is not without risk.”

“Council would be required to pass an ordinance that describes the public purpose served by expending public funds to pay for the city manager’s personal attorney to represent him,” the memo stated. “A citizen with standing could file a taxpayer action challenging the expenditure of public funds for a personal attorney.”

READ Muething's memo here or below.

The solicitor represents city employees in their official capacity. She does not get involved in claims outside the scope of their duties, such as “defense of personal misconduct,” the memo stated.

City council must take up the issue of paying for Black’s attorney soon. The probe into alleged misconduct, being led by council members David Mann and Tamaya Dennard, is set to begin on April 16, with city employees giving testimony.

On April 4, council voted to let Dennard and Mann lead the probe – instead of an outside investigator. But Black asked the city to pay for a private lawyer to represent him during these fact-finding sessions.

“Due process is what this country is supposed to be built upon … the city manager deserves that due process,” Black said at the meeting. “If there’s an issue here with providing me legal counsel… then I would recommend you hold off on this fact-finding exercise.”

Black wants the city to pay for his attorney, Steve Simon, who is also representing Black in negotiations for a potential severance package from the city.

It has been a long, dramatic month at City Hall since Mayor John Cranley asked Black to resign. He cited retaliatory, threatening and abusive behavior by Black against at least a dozen city employees as one of many reasons he wants Black to leave.

Black also came under fire for visiting a topless bar during a city-funded trip to Denver in 2016, and allegedly asking city employees, including Muething, to come with him.

On a cab ride to the airport the next day, Cranley said that Black regaled his activities from the night before, and “it was deeply uncomfortable for Paula, and for all of us, and it was incredibly inappropriate.” Black denies that conversation in ever took place.

The fact that Muething may be a witness in the upcoming probe, is a big reason why some council members believe the city should pay for Black’s attorney.

“Given the city solicitor is going to be a witness in these ‘fact gatherings,’ it only seems appropriate that a special counsel be brought in at the expense of the city," Councilman Chris Seelbach said at the April 4 council meeting.

But others do not.

"Fairness doesn’t require your legal fees to be paid. No one is claiming Mr. Black can’t afford an attorney," said Councilman David Mann at the meeting. "Why is the public treasury being raided to pay for his attorney?”

This fight will likely get louder in the coming week, as council must decide if it will pay for Black’s attorney, how much it will pay, and where the money will come from.

Council asked the solicitor’s office to weigh in on whether the city should pay for Black’s attorney.

In her memo, she said that if an official wants a lawyer to represent personal interests, they ordinarily pay for it themselves. The city solicitor can only represent the city manager in official misconduct claims against the city – not personal misconduct.

Dennard and Mann are heading up a fact-finding probe into the city manager’s performance. At the end of the private probe, transcripts of the witness testimony will be released.

At this time, city council has two options, the memo states.

It can determine the city solicitor has a conflict of interest and allow Muething to hire an outside attorney to represent Black – but only in his official capacity.

Or council can fund the attorney by passing an ordinance.

“Upon a finding of a proper public purpose, council could take immediate steps to appropriate a compensation package to the city manager that he could use to hire his own personal attorney,” the memo states.

But that attorney could not be Simon, because it would be an ethical conflict, the memo states.