She's so good, she'll make you want to buy this 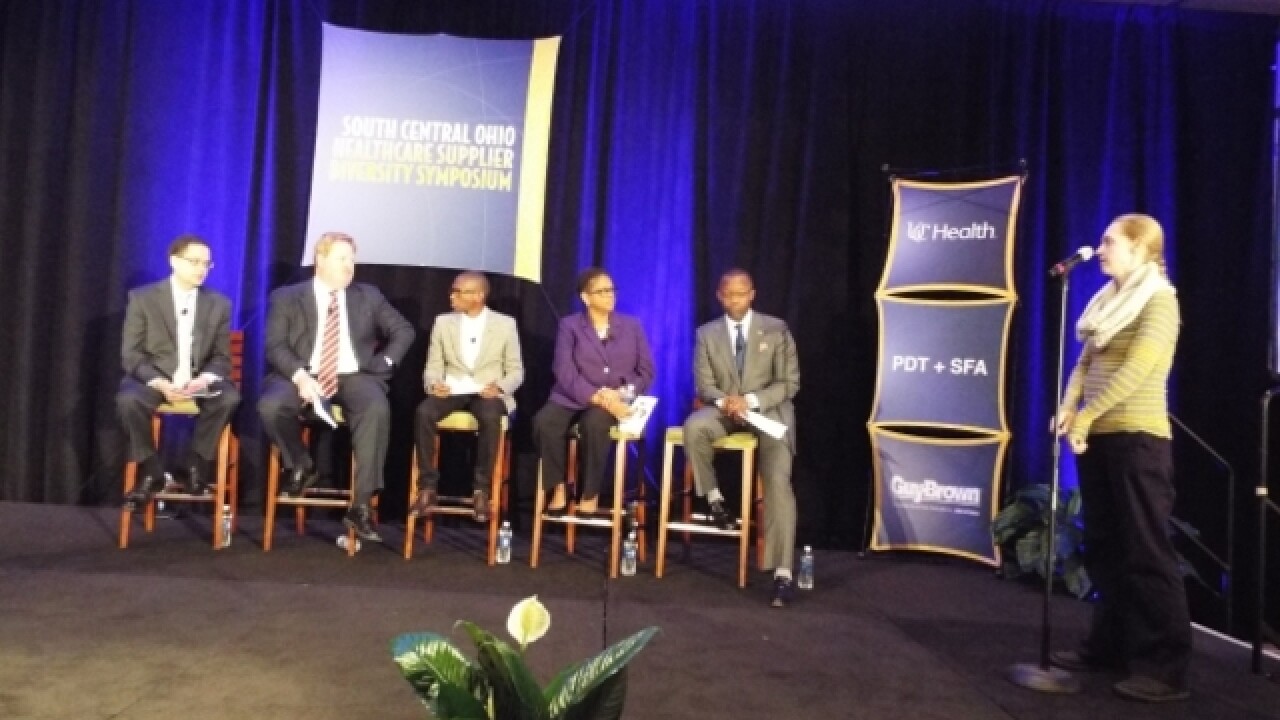 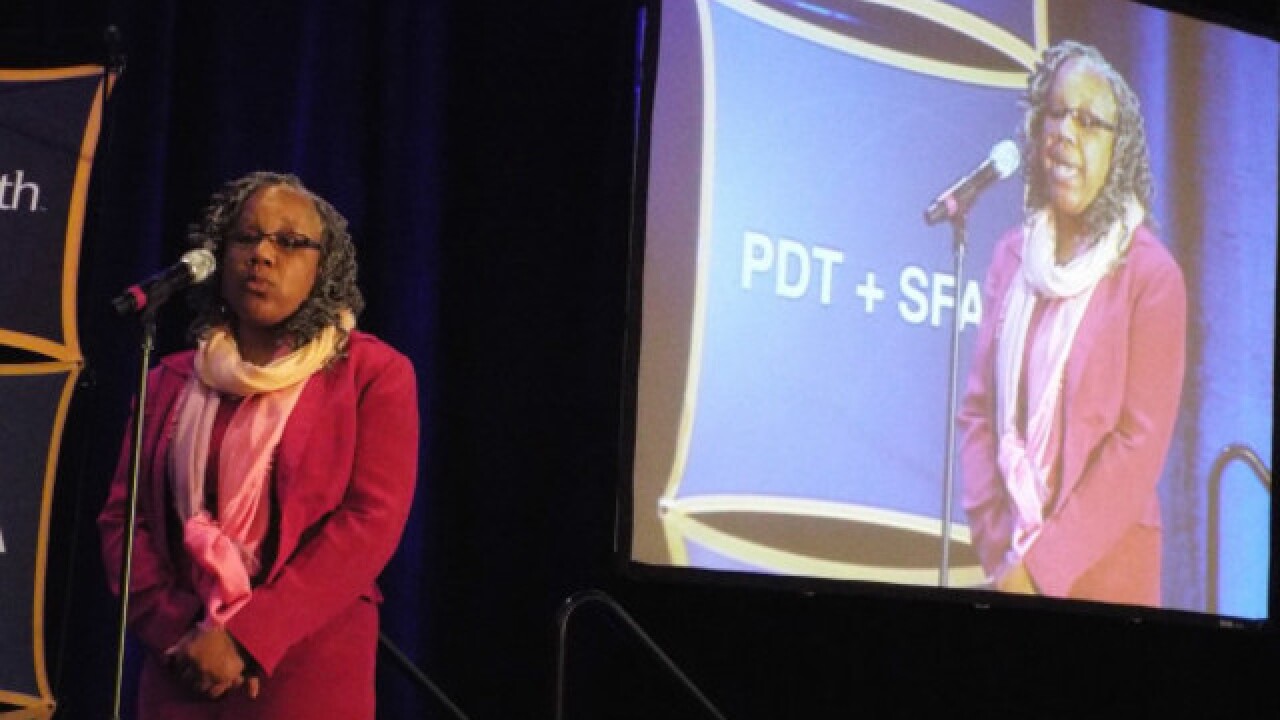 Barb Smith, majority owner of the Cincinnati steel fabrication company Journey Steel Inc., could have known things were going well Wednesday night after she pitched her business to a panel of judges in a “Shark Tank”-like competition.

When she concluded her two-minute pitch, the competition’s moderator, Mel Gravely, president and CEO of TriVersity Construction, exclaimed, “I want to buy some steel now.”

Smith won the competition for a $5,000 check that kicked off the South Central Ohio Healthcare Supplier Diversity Symposium at the Kingsgate Marriott Conference Center on the University of Cincinnati’s campus in Clifton.

But the judges were so impressed with another contestant, Kezia Fitzgerald, co-owner of CareAline, which makes sleeves and wraps that hold medical tubing in place, that they named her runner-up. Judge Troy Carter, a Los Angeles tech venture capitalist, said he would invest $2,500 in her business, and another judge, Kim Patton, chief operating officer for Cincinnati’s SFA Architects Inc., added $500.

The five contestants each made a two-minute pitch, and then fielded questions from the four judges for five minutes. All contestants represented women-owned or minority-owned businesses that wanted to break into the healthcare industry or do more in that industry, Gravely told the crowd of about 300.

Smith's company makes structural and miscellaneous steel from beams and catwalks to ladders and railings. It has 10 office employees, but has access to an indefinite number of union members for field work.

“My hair is gray for a reason," Smith told the judges. "I’ve been in the construction business almost 30 years.” Her partner, Tom Garten, is also a construction veteran.

Asked what her company’s biggest challenge was, she replied, “cash flow,” because the company has no line of credit. Customers have to be creative about paying the company, she said.

The judges felt that Journey Steel had proven its viability as a business and was ready to scale up, Patton said. Smith’s energy and passion also impressed them, he said.

Fitzgerald told the judges she created the CareAline sleeve and CareAline wrap when her late daughter, Saorise, was undergoing chemotherapy for neuroblastoma. She was frustrated with the irritation caused by the tape holding the plastic tubing to her daughter’s skin, she said, and the possibility that her continual scratching of it would lead to infection.

The products helped her 11-month-old feel free to play and be a kid again, she said, and at least one woman in the audience sighed audibly.

The other contestants were: