Shedding light on a lesser-known Ohio law: When it's raining, headlights must be shining 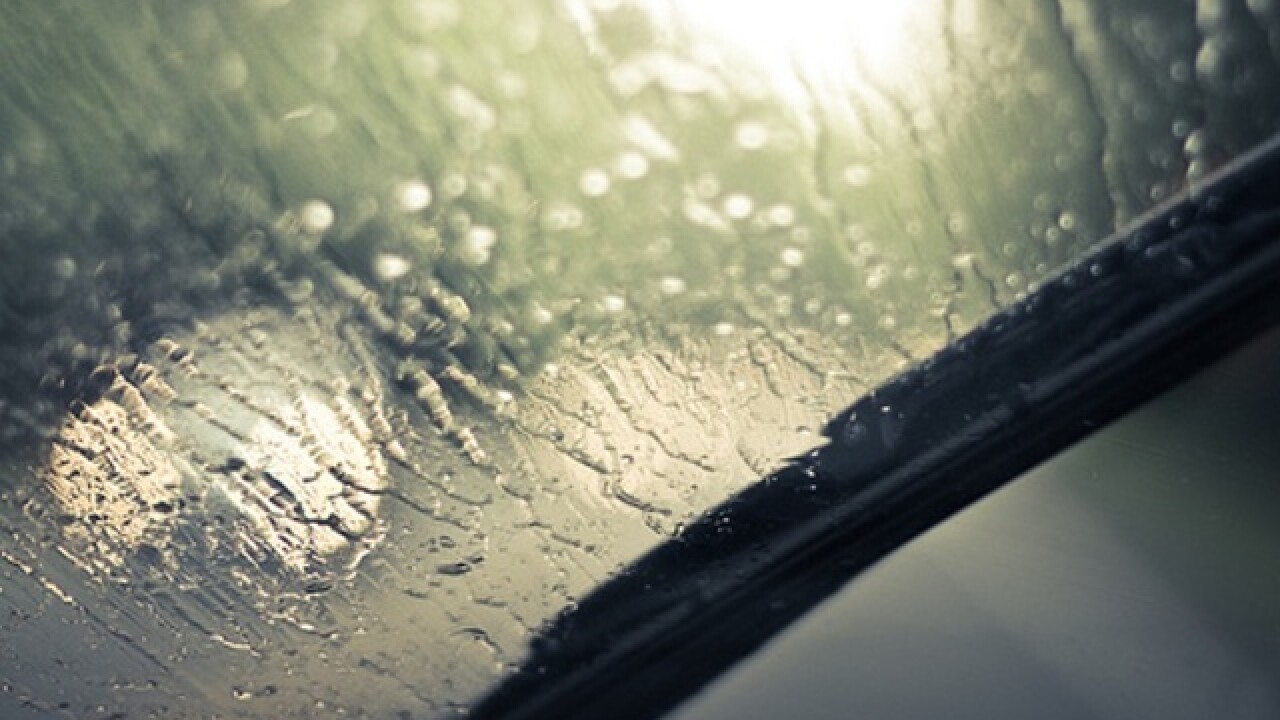 CINCINNATI -- When it is raining, Ohio law says drivers must light up.

No, this isn’t one of those crazy laws that somehow stayed on the books.

The law, Ohio Revised Code section 4513.03, requires drivers on Ohio roads to turn on their headlights whenever their wipers are in use due to precipitation on the windshield. In fact, the law requires all the vehicles' safety lights to be on, including taillights and the rear license plate lights.

Though the law has been in effect since 2009, many drivers aren’t aware of the headlight requirement despite education attempts by the Ohio Department of Transportation to shine a light on the regulation.

“The headlight requirements are published in the Ohio Department of Public Safety’s Digest of Motor Vehicle Laws. This is the book we all read and studied preparing for our driver’s license testing,” said Lt. Robert G. Sellers, public affairs commander with the Ohio State Highway Patrol. “There are also static signs posted along the roadside by the ODOT in different areas around the state.

Drivers don't need to hit their full beams during light showers. Daytime running lights fulfill the requirement of the law. Those whose vehicle lights come on automatically when sensors detect a certain level of darkness must manually turn on their lights for daytime rain.

Forgetting to turn on your lights during a rain storm won’t necessarily result in a ticket, however. Officers may only cite a motorist for not having lights on with wipers when the driver is stopped for another violation, such as speeding, weaving in a lane or driving through a traffic light. Get pulled over, though, and the infraction can cost you up to $150 in fines and possibly impact your insurance rate.

“Some (insurance) companies treat a headlight violation as a primary offense, which can significantly impact tiering and rate. Other companies do not consider this a moving violation and do not surcharge for it,” said Dan Scroggins, a AAA Insurance expert.

A 2011 study by the Transportation Lighting Alliance showed a direct reduction in fatal traffic accidents after a state had added the windshield wiper headlight regulation.

The “Daytime Use of Automotive Headlamps During Inclement Weather: Safety and Conspicuity” study determined that headlight/wiper laws may have reduced dawn/dusk fatal crashes by 30 percent and daytime accidents by 7 percent.

While neighboring Kentucky and Indiana’s headlight laws are different than Ohio, the Buckeye state is in good company. Eighteen other states require headlights to be turned on when the wipers are in use.

While being an out-of-state driver won’t necessarily keep you from getting a ticket if you are pulled over, Sellers said officers will take into consideration the specific circumstances of the situation.

“As with all laws, there is a balance between education and enforcement. And, every situation has different circumstances. If the violation was a contributing factor in a traffic crash, enforcement may be the avenue taken, but if not, then maybe education is the better option,” he said. “Discretion must be used to determine the appropriate resolution for each situation.”