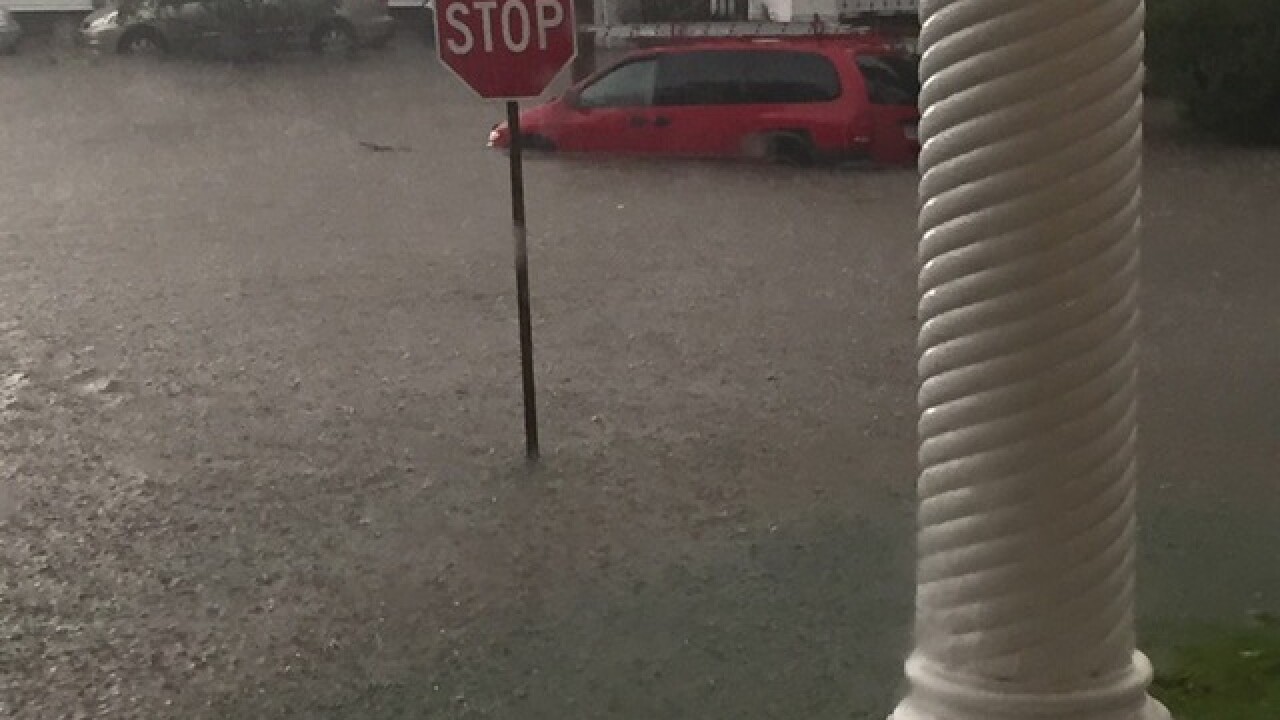 NORWOOD, Ohio -- It's not often that 5 inches of rain falls during the course of two hours in one location. Fountains of filth springing forth from basement floors that leave behind nearly 2 feet of raw sewage, for most people, are mercifully rare. And gusts of wind powerful enough to cause bird feeders to explode? That's not something you see every day.

Those are just a few of the reasons that Aug. 28 is a day that Michael Alexander isn't likely to forget.

"I remember telling my kids as we stood out front watching the street disappear, 'Mother Nature always wins,'" Alexander said.

Since that day, Alexander has made sure that Metropolitan Sewer District of Greater Cincinnati officials don't forget about that evening, either. And finally, Alexander is seeing what he's been waiting more than three months for: progress.

MSD's Sewer Backup Response Program -- required by the U.S. Environmental Protection Agency through a consent decree -- is in place to help property owners recoup the cost of damage caused by sewer backups. MSD is one of the few sewer districts in the country to offer such a program, Pittinger said.

"It's unprecedented for us," Pittinger said. "We've never seen anything remotely close to anything like this."

MSD normally handles about 400 claims per year through the program. The Aug 28 storm could generate as many as 2,000 by the time everything's settled, Pittinger estimated, which is why, via an emergency procurement MSD contracted Tenco Services Inc., a third-party claims adjuster, to handle the claims process.

"Normally we have such a small volume of these in a year that it's a side duty for our existing staff to do," Pittinger said.

But the contract with Tenco doesn't include any requirements for how long Tenco has to process all of the claims it has been sent.

"We do not have a contract, a legal mechanism to force them to do more than they can do," Pittinger said. "It's not there."

MSD has completed initial technical screenings on 779 of the 888 claims received, with only two claims being denied. The balance, which were recommended for settlement, were referred to Tenco.

Of those, 530 are still in the adjustment process, 163 are being reviewed by MSD's legal team, and 46 claimants have been sent settlement offers but have not yet responded.

Only 23 claims out of 888 received by MSD have been settled and paid out, with another 15 claims settled but not yet paid. It's better than zero, though, which is how many checks had been mailed and received this time last month, Alexander said.

"I think everyone does need to be patient," Alexander said, "and if you're going to be angry, it needs to be focused at the right area. MSD is doing their best, but it is frustrating."

Norwood City Councilman James Bonsall, who chairs the Economic & Community Development Committee, said the progress being made is a good sign.

"I definitely feel better knowing that they've got the process in place and at least a small number of people have already received checks," Bonsall said. "I think the community, Norwood and all, should feel very confident that if you submit your claims, they'll be looked at in a very fair way, and that if MSD deems it to be their fault, they don't need to worry about getting paid."

Pittinger said he hopes to see Tenco process about 100 claims per week, which would get all of the claims in the adjustment process back to MSD by mid-January. He acknowledged that his goal is "aspirational," though.

It's difficult to guess how much money MSD will have to pay out to cover the damages caused by the Aug. 28 storm. Pittinger estimates that the average claim amount is somewhere between $8,000 and $10,000. The Hamilton County Commissioners have already set aside $10 million for backup response claims stemming from the event, and MSD is "reshuffling leftover operating funds" in the hopes of covering the rest, Pittinger said.

The fallout from the Aug. 28 storm is certain to drive discussion about MSD policy going forward, Pittinger said.

"We have a new commissioner coming on board with the county. Obviously, there's going to be a different philosophy and a different perspective moving forward," Pittinger said. "I think it's impossible at this point to even say (what will happen). But I think the one thing that is for sure, in my opinion, if you look at the data: local climate is changing.

"The sewers aren't going to naturally get bigger or get in better shape by themselves, so we have to look overall at what people expect."