'After I help someone, I feel really good' 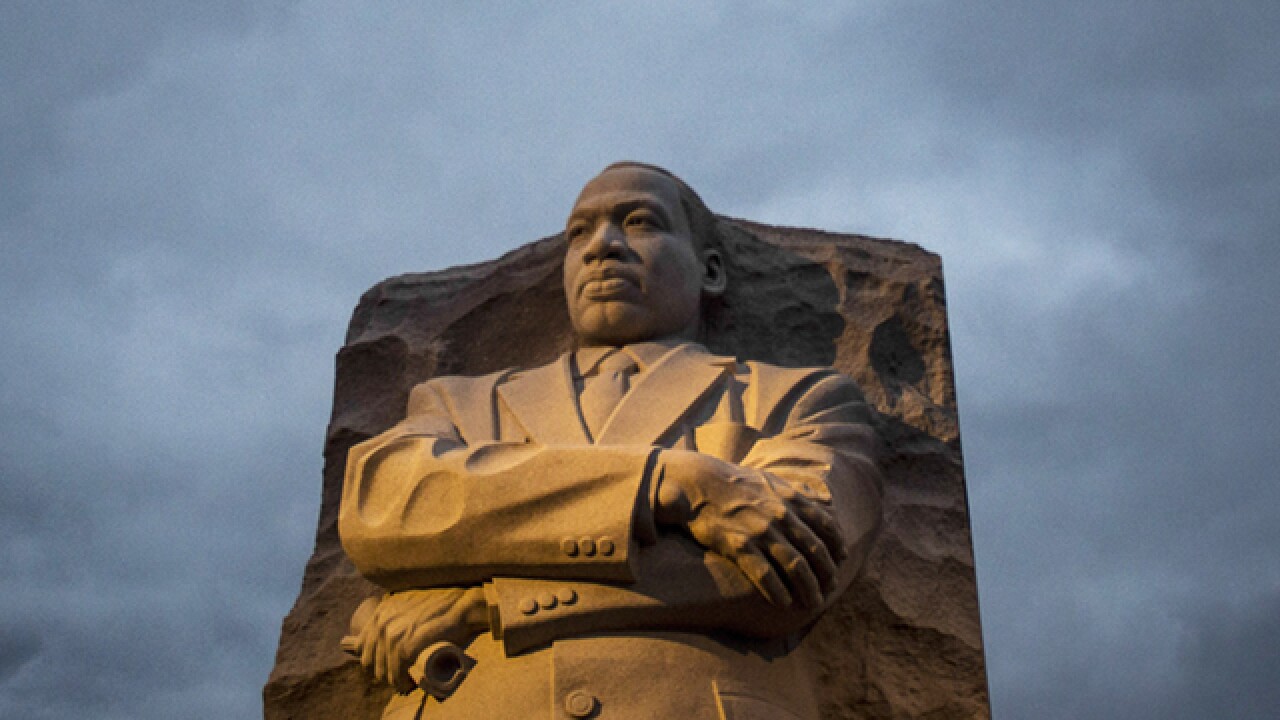 CINCINNATI -- A day off school doesn't necessarily mean a break in learning for some Tri-State students. For the sixth consecutive year, Martin Luther King Jr. Day will offer a lesson in giving back for Seven Hills' middle school students.

While their peers enjoy some extra down time, a group of sixth- through eighth-graders will spend time sorting and organizing items at Matthew 25: Ministries, in Blue Ash.

"We wanted to give our students the opportunity to do something good on that day," said Jacky Kalubi, middle school French teacher and diversity coordinator for Seven Hills School.

The community service, dubbed "A Day On, Not Off," is not required, nor do students get credit for it. Students learn about the event in an assembly, and parents receive information about it in weekly newsletters, but school leaders make a point to avoid guilting people into participating.

"We don't make too much noise about it," Kalubi said.

"It's a pretty eye-opening experience for our kids to recognize that there is an organization that is this far-reaching," said Bill Waskowitz, head of Seven Hills' middle school.

Matthew 25: Ministries offers support to those in need around the world through humanitarian aid, disaster relief and special programs designed to meet specific, localized needs.

"Even though I don't really know personally who I helped, it's still really cool that you can help someone on the other side of the world," said sixth-grader Ashley McLennan.

For eighth-grader Molly Francis, the community-service event was a fun opportunity to sort books and other donated items alongside friends. It also was illuminating to recognize how much she has in contrast with the few possessions of those of in poverty around the world.

"I got out of it that there are other people who don't have as much stuff as us," Francis said.

"As a school, that's part of our mission … to develop that sense of empathy and to think outside themselves," Waskowitz said.

Despite minimal event marketing within the school, the Day On, Not Off has grown since it started in 2011 with about 15 students. Last year, nearly 80 students participated. While the event primarily targets middle school students, families are welcome and encouraged to participate.

"It has really grown," Waskowitz said. "We have seen more and more families come."

As a sixth-grader, this is the first time McLennan has volunteered during the event as a middle school student. With two older sisters, though, she has been participating in Day On, Not Off for years.

Waskowitz attributed some of the event's success to parents seeking ways to give back to the community as a family.

"I think there's a real desire, especially by adults, to get involved," Waskowitz said. "I think maybe parents and families are looking for something to do."

By volunteering, the youths gain more than just an insight into Matthew 25: Ministries and those who benefit from their services. They also learn that giving back can be enjoyable.

"After (I) help someone, I feel really good, and I feel like I did something good," McLennan said.

"You don't have to give anything but what you have in your hands and your heart," Waskowitz said.