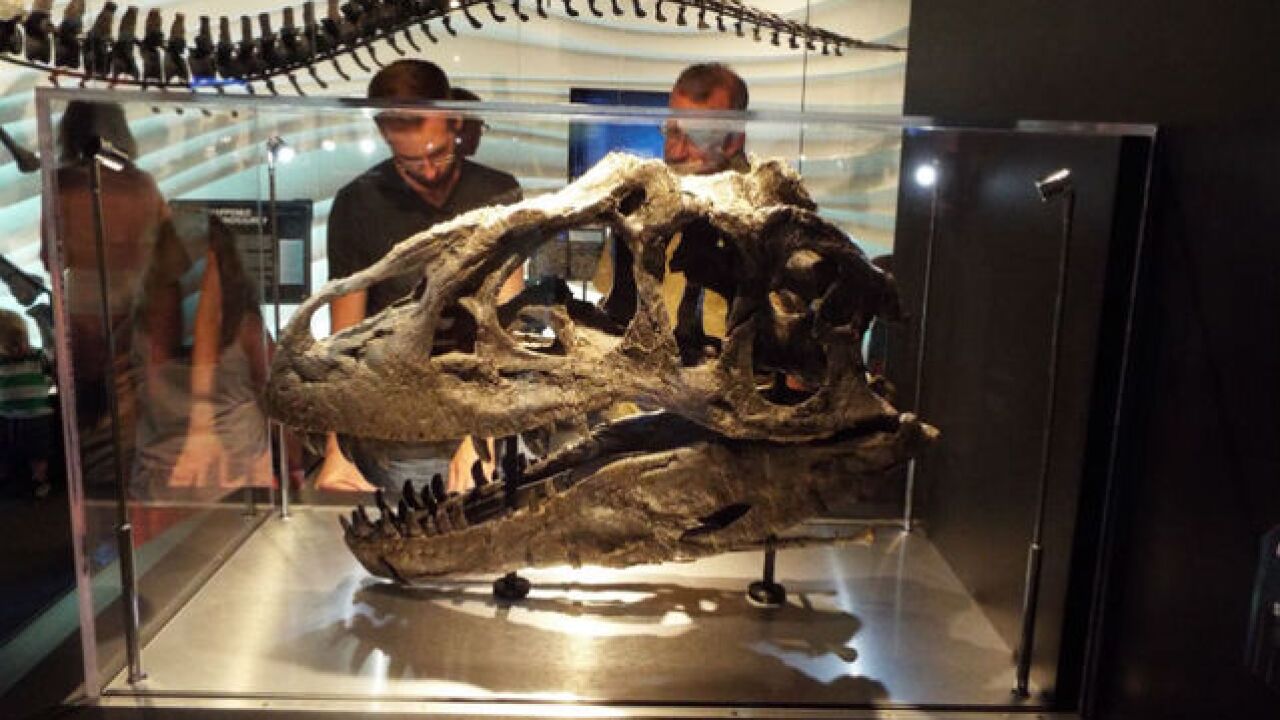 Kevin Eigelbach | WCPO contributor
The skull of an allosaurus named Ebenezer is one of the newer attractions at the Answers in Genesis Creation Museum. 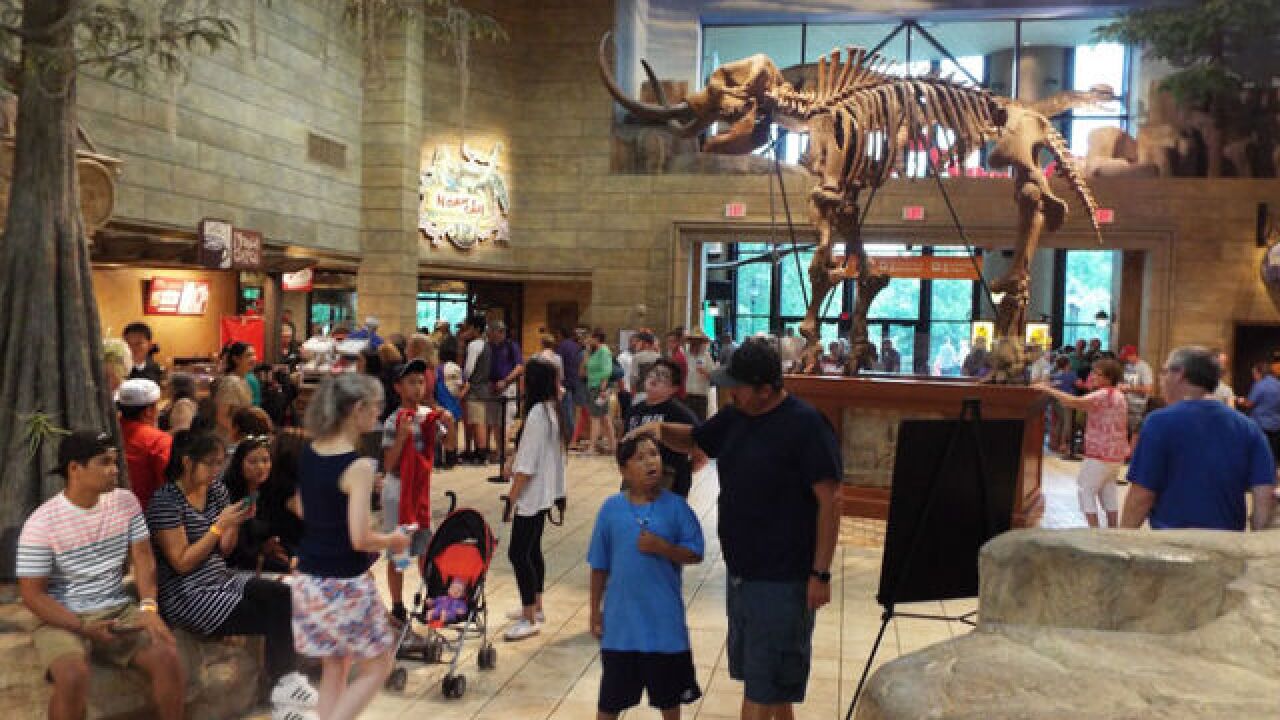 PETERSBURG, Ky. -- How does Answers in Genesis, the Petersburg, Kentucky-based apologist for a literal reading of the Bible’s creation story, finance its operations?

To put it simply, through a combination of admission charges, book sales and donations.

WCPO.com exclusively obtained a copy of Answer’s most recent Form 990, an informational return that nonprofits file with the IRS in lieu of an income tax return. Answers filed it in May.

Answers hasn’t finished tabulating its financial results for the fiscal year that ended this past June, chief financial officer James Hatton said. But he added that he didn’t think the numbers would be significantly different from those on the Form 990 filed in May.

It shows that for the fiscal year ended June 30, 2015, or Fiscal 2015, the ministry received $7.6 million in contributions or grants, which amounted to about one-third of its total revenue of $21 million.

A quarter of total revenue, or $5 million, came from admissions to the Creation Museum itself, which charges $30 for adults. Answers reported museum attendance of 287,000 for Fiscal 2015, a slight increase over the 281,000 reported the previous year.

Answers officials previously said they expect the July opening of the Ark Encounter park in Williamstown, Kentucky, an enormous recreation of the Biblical Noah’s Ark, to boost attendance at the museum, doubling it this year.

In Fiscal 2015, nearly 40 percent of Answers’ revenue came from “other revenue,” which includes some investment income, rental income and royalties. But the bulk, $7 million, came from sales of inventory of $11.8 million, less $4.6 million cost of goods sold.

Answers does a thriving business selling books, videos and other Creation science materials via mail, internet and in Dragon Hall, a bookstore inside its museum. For Fiscal 2015, it shipped nearly 78,000 orders.

The museum, the sales of resources, the monthly magazine Answers and its website are the nonprofit’s primary tax-exempt activities.

Each year from Fiscal 2012 to 2015, Answers has reported magazine circulation of 300,000. But over the same period, website visits nearly doubled to 23.4 million, and website page views grew from 31 million to 43.3 million.

The amount of contributions to the ministry reached $9.6 million during the year that ended June 30, 2008, the year after the museum opened. After that, the amount gradually fell until it reached $7 million in Fiscal 2012.

In Fiscal 2014, it spiked up to $13.4 million. That spike, Hatton said, came primarily from a $4.4 million donation of property to Answers from Crosswater Canyon LLC, a nonprofit that exists to support Answers and that shares employees with it.

The property is where, last month, Answers opened the Ark Encounter park. The park is owned by Ark Encounter LLC, a for-profit corporation whose only member is Crosswater Canyon.

The $80 million cost of constructing Ark Encounter was financed through donations and through $62 million in taxable, industrial building-revenue bonds issued by the city of Williamstown.

Both Answers and Crosswater finished Fiscal 2015 with an enviable balance sheet.

As WCPO.com has previously reported, Answers keeps several members of the Ham family on the payroll, including founder and CEO Ken Ham, whose Fiscal 2015 compensation from Answers or related organizations was $204,000.

There were seven family members on the Answers payroll in Fiscal 2015, who collectively earned $266,000. The total cost of payroll/benefits that year was $11.5 million for 348 employees.

The seven are still on the payroll this year, Hatton said.

Accounting for 56 percent of total expenses, payroll and employee benefits was the largest expense item for Answers in Fiscal 2015. Other large expenses included $2 million in office expenses and $1.4 million for advertising/promotion.