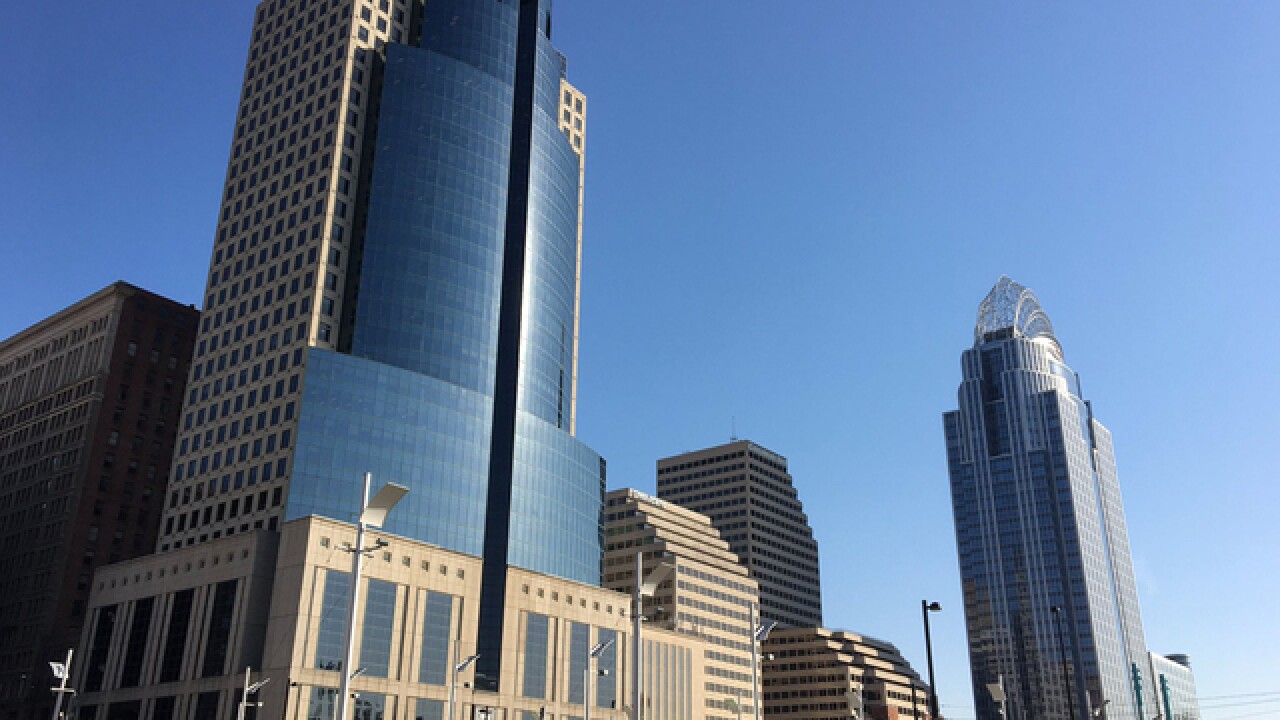 CORRECTION: This story was modified to clarify earnings results and more clearly explain the earnings-call exchange between CEO Adam Symson and a Gabelli & Co. analyst.

CINCINNATI -- The E.W. Scripps Co. is planning “a large scale corporate restructuring” in the next several quarters and has written off as a loss most of its investment in the online humor site, Cracked.

Those developments plus lower than expected revenue for the quarter sent Scripps shares tumbling 6 percent to $15.63 in Friday trades. Scripps is WCPO’s parent company. It reported a $26.7 million loss on revenue of $216.5 million. Excluding asset impairment and restructuring charges, the company posted earnings of 3 cents per share, two cents better than analysts were predicting. Revenue was about $3 million short of expectations.

“We're acting with great urgency as we move through the next several quarters to take a disciplined and comprehensive look at our cost structure,” Scripps CEO Adam Symson said in a conference call with analysts. “We are strongly committed to improving performance and positioning ourselves for continued growth.”

Scripps took a $35.7 million accounting charge to reduce its estimated value of Cracked, an online humor site that the company paid $39 million to acquire in April, 2016. Symson said Cracked “clearly has not lived up to our expectations” in terms of revenue growth since the acquisition, so it’s cutting expenses there.

“We've often said that we would pull back on investment, any of these national businesses, and run them for profit if we felt like they weren't meeting our expectations,” Symson said. “That’s essentially what's happened at Cracked.”

Scripps eliminated four jobs at Cracked in the quarter, but has not provided estimates on potential job reductions associated with future restructuring. The company recognized $2.4 million in restructuring expenses during the quarter and expects such costs to continue for several quarters.

In an interview, Symson said more details will be revealed in February about job reductions and cost-saving targets. The goal of the restructuring is to improve short-term operating performance so the company can continue to invest in local journalism.

"We're setting the table for the future growth of the company," he said.

An important analyst who follows the company said the problems at Cracked “calls into question” whether the company is prepared to capitalize on an expected new wave of consolidation in local television driven by a pending Federal Communications Commission rule change.

The FCC voted Oct. 24 to eliminate the Main Studio Rule, which requires broadcasters to maintain a local studio in each city where they operate. Local station owners, led by Sinclair Broadcast Group Inc., have lobbied the FCC to eliminate the rule, arguing technology now enables companies to cover local news from afar.

None of that was discussed in Friday’s earnings call. But Barry Lucas, an analyst for Gabelli & Co., did press Symson to “give investors more confidence” that increased debt from digital investments will not prevent the company from making necessary investments in local TV. Two investment funds affiliated with Gabelli own nearly 15 percent percent of Scripps stock.

Symson told Lucas that Scripps is “very focused on the opportunity” to beef up its local TV holdings, either by trading stations or acquiring them. He said the rest of Scripps’ digital properties – including Midroll, Newsy and the recently acquired Katz Networks – are growing. So, Scripps will be able to participate in the next wave of industry consolidation.

Katz Networks added about $300 million in debt to Scripps’ balance sheet, boosting total debt to more than $500 million. But Symson said he expects it will grow revenue and profit by roughly 15 percent in the next few years. So, it shouldn’t inhibit future growth plans.

“We have always felt like it's possible to both deliver terrific short-term results as well as set the table for a long-term value creation,” Symson said. “I think the company has a history of doing that over the years and we intend to continue to execute that strategy moving forward.”