'A funky space with a retro feel and good music' 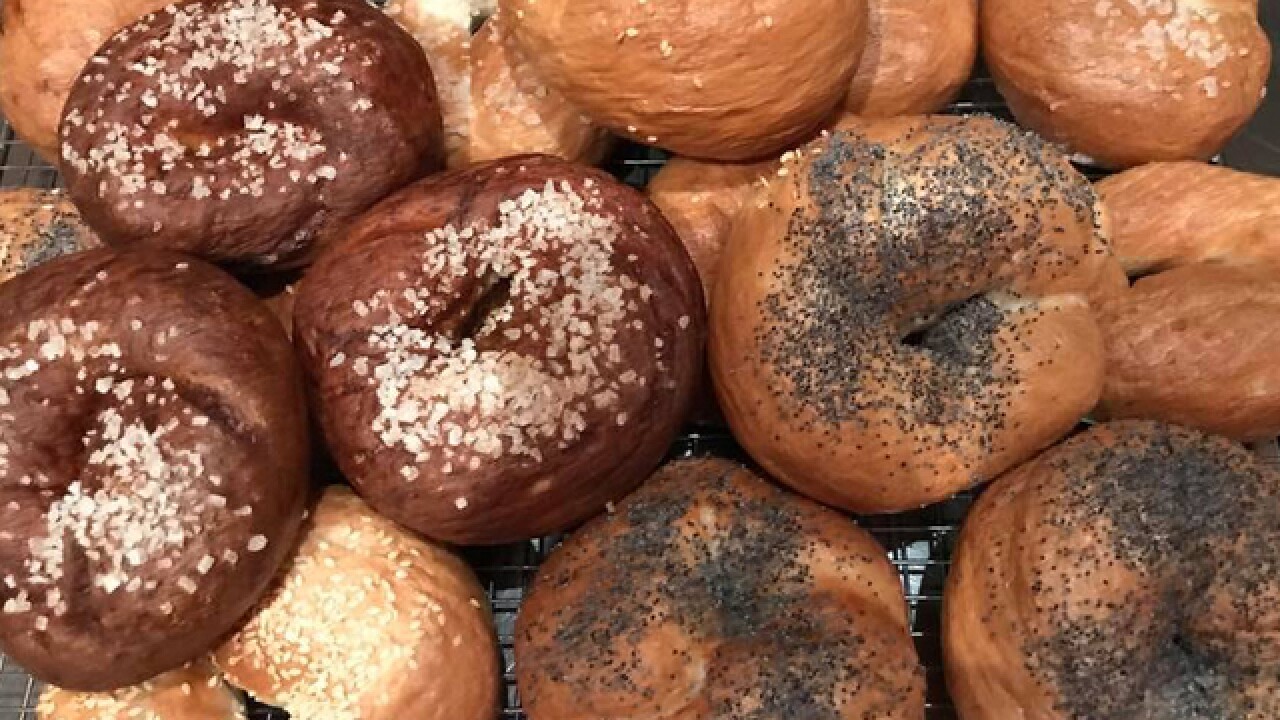 OTR Bagel Bar is projected to open in August at 107 W. Elder St. in the space formerly occupied by Daisy Mae's Market. Co-owner and operator Marshall Mann said he envisions a cafe-style menu that includes bagel sandwiches, soups and salads.

"There will 24 different types of bagels, some gluten-free, and a lot of variety of cream cheese, including soy-based ones," he said.

Mann said he is still finalizing the menu but plans to use ingredients like goetta, bacon, turkey, roast beef and even Spam for the bagel sandwiches. Cream cheese varieties will run the gamut from jalapeno to strawberry to sauerkraut. He also plans to include the more traditional lineup of smoked salmon or lox with capers and cream cheese. The bagel bar also will offer non-alcoholic beverages.

OTR Bagel Bar will cater to breakfast and lunch crowds with the possibility of extending its hours on select days to coincide with Findlay Market activities, Mann said, citing as an example the "Groceries & Grilling" event on Wednesday evenings through September.

The bagel bar will have seating for 30 to 40 inside, with about 16 more outside on the sidewalk in front. Mann said renovation of the space is underway, including removal of the existing walk-in refrigerator at the back of the store to become the prep area. A new bathroom also will be built. The 1,000-square-foot space will not have a production kitchen, though; Mann plans to make the bagels at nearby Findlay Kitchen.

Market Square was a big draw

Mann said he and his business partner, Chris Cavallaro, were drawn to the location in part because of the Market Square development on Race Street, just east of Findlay Market.

Market Square includes housing and retail development and aims to transform the area into a "live-work-play" district. The developer, The Model Group, announced on its Facebook page in March that Deeper Roots Coffee, Streetpops and Cherbourg Bakery have signed on as additional retail tenants and will join Epicurean Mercantile Co. in the 1800 block of Race Street.

Mann is no stranger to entrepreneurial ventures. He opened Wunderbar in Covington in 2012 and sold it in 2013. He moved on to start Wienerwurst Mike Frankfurtary, an eatery that serves food like sausages, Bavarian pretzels and stuffed sandwiches in the Christian Moerlein Malt House Taproom.

Mann met Cavallaro, the community planner at Brewery District Community Urban Redevelopment Corp., while Cavallaro was bartending at the taproom. The pair started talking in January and the idea flourished.

Born and raised in Cincinnati, Mann moved to New York to pursue a career in painting after graduating from the School for Creative & Performing Arts.

"I had some art shows there and I was (also) bartending," he said. "I'd always worked in restaurants."

Mann lived in New York and Jersey City for 15 years before coming home in 2012 to open Wunderbar. By then, he had developed a taste for New York bagels.

"I was missing the New York-style bagels," he said. "They're very chewy and moist."

Although Mann went to culinary school for a period of time, he left, thinking he was "not ever going to do this for a living."

Mann, who taught himself to cook, habitually goes in to work early in the taproom to try out new things. He has put unconventional combinations such as grilled Spam and pineapple cream cheese on a bagel, which he said was a hit.

"On Saturdays, I'd go in early and make bagels for people to try, just to practice," he said.

In addition to food and drink, OTR Bagel Bar also will serve as a venue for art shows once or twice a month.

"It's going to be a very funky space with kind of a retro feel and good music," he said. "There will be an energy to it."

OTR Bagel Bar will not have a liquor license initially, but Mann said they would be open to taking that next step if things took off. For now, he and Cavallaro are focused on getting the venture off the ground.