Rivertown brewery closes its Lockland location to regroup and renovate

But it wants to 'come back with a bang' 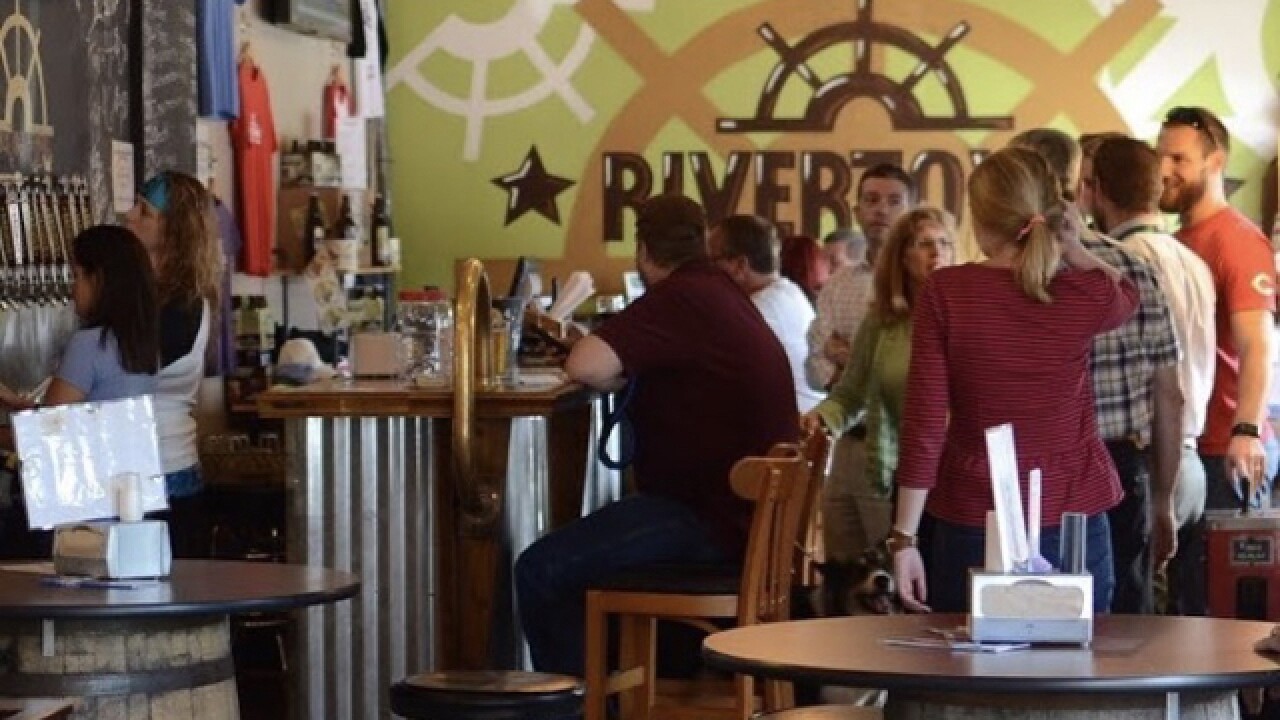 Copyright 2017 Scripps Media, Inc. All rights reserved. This material may not be published, broadcast, rewritten, or redistributed.
Liz Engel | WCPO contributor
<p>Rivertown brewery has temporarily closed its Lockland operation to renovate and rethink its present operation in that location.</p>

LOCKLAND, Ohio -- Rivertown has temporarily closed the doors at its Lockland location as part of a planned renovation. Although little is known about the particulars of the project, the brewery is certainly looking to significantly shrink its footprint in the Cincinnati suburb where it started.

Per a social media post Monday afternoon, the closure was effective immediately.

Although Rivertown said the taproom upgrades will "allow for more food options and better service," the brewery has few other details, and there's no timeline for its completion. That's partly on purpose.

Rivertown's "dream facilitator," Lindsey Roeper, said business leaders are carefully studying their options. There are plans to add a full kitchen at Lockland, but there's also the opportunity to "think outside the box."

"Like everything we do, we really wanted to be intentional with it," she said. "We've been working on renovations, but we decided we really needed to pause for a second, step back and figure out what we want to do. It's important to us that, as we continue to grow, what we do in Lockland is purposeful. So we're going to take our time, because we want to do it right."

Rivertown opened in Lockland in 2009 and expanded there in 2015, adding taps and a separate arcade. But it hasn't brewed beer in its original location for much of this year. Production moved entirely to its new $6 million facility in Monroe, which opened in January. That leaves a plethora of space in the Lockland location.

Rivertown is actively looking to sublease a majority of its 16,000 square feet -- it needs only about a fourth of that, Roeper said, while its own lease runs until 2020. Rivertown recently inked an artisan cheese maker -- while talks continue with others behind similar ventures -- but Roeper couldn't disclose further details.

"The space -- it's huge," Roeper said. "Even if we were to add a small brewing system, which is still part of the goal, too, we don't need 16,000 square feet to do that. ... We're excited because it's going to add to that whole artisan maker district we already have here in Lockland."

The stretch of industrial buildings on Shepherd Drive, where the brewery is located, also includes La Terza Coffee Roasterie and Fab Ferments, which makes hand-crafted food like sauerkraut, cultured veggies and kombucha tea.

"Our vision is really to work to build that kind of area. This could be so much bigger than what we originally set out with," Roeper said.

As for its own plans, "there's lots of really, really cool stuff on the table," Roeper said.

And Rivertown hopes food will play a big part. Lockland has lacked an in-house option -- slow-smoked barbecue -- since March 2016, and she said they're pursuing a different license in order to operate a full kitchen.

"We're getting the building ready for that to meet inspection, with all the plumbing, et cetera," Roeper added. "And that takes time."

Which means there's no reopening date, for now. The Lockland taproom already had been open for limited hours.

"We don't like to talk timelines unless we definitely have one, and we really don't have one," Roeper said.

But it's all good news, she said.

"We have a $6 million facility that we just built up in Monroe, so our stick is in the concrete; we're not going anywhere," Roeper said. "But when it comes to Lockland, we want to do justice in that space, and do what we need to do and not have to worry about guests coming in or out. And then, really, come back with a bang."