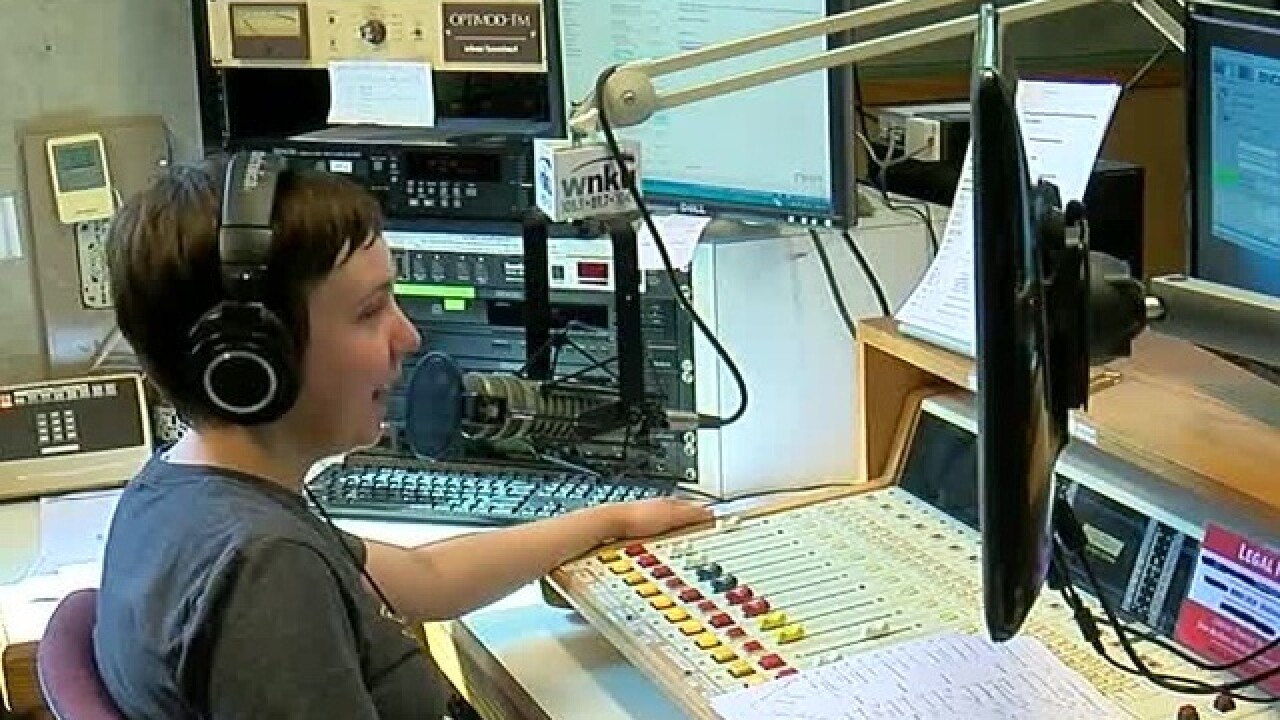 "We would like to go back and do it all again," former host Mary Peale said. "Not to change anything, just to do it again."

Dry Ridge-based Grant County Broadcasters made a $5.3 million deal in July to buy the frequency from Northern Kentucky University, which said it was too expensive to keep operating. At the time, general manager and CEO Jeff Ziesmann said Grant County Broadcasters would consider the potential revenue and ratings of all programming options, including WNKU’s current adult album alternative (triple-A) format.

"Realize after today, that’s gone also -- local music. You can go around town to listen to … all the great local music in the Cincinnati area, but you’re not going to hear it on a radio station. Nobody’s got the guts to do it but us," WNKU host Gary Keegan said on air Thursday morning.

After a few days of silence on 105.9, Grant County Broadcasters signed on early Monday with its "Classic Country" format, mostly focusing on '90s-era country but also playing tunes from the '60s through 2007, according to Peter Zolnowski, vice president of programming and operations.

“Today’s country music has evolved to include elements of rap and harder rock music,” Zolnowski said. "There’s an audience for that, and there are several radio stations serving that up. Our goal is to satisfy the pure country listener with the likes of Alan Jackson, George Strait, The Judds, Reba (McEntire), Clint Black and more.”

Watch Monks training with WNKR staff in the video below.

"There's a buzz happening in Covington that is palpable. You can feel it. And you feel this search in Northern Kentucky for who are we? Where are we going?" Monks said. "I think by uniting The River City News with WNKR in Dry Ridge, we together are going to help map that story out. We’re going to help facilitate that necessary conversation."

This collaboration stems from an article Monks wrote in July on WNKU’s sale. He was curious how a station he "loves and listens to on the daily" was able to buy one of the larger signals in southwest Ohio.

"Before I left the building that day, we decided that we would cross-promote one another, and I would start hosting their Sunday morning show 'Northern Kentucky Focus,' " Monks said. "They were touting being Northern Kentucky’s voice long before I was. Where they have the more rural presence, I have the more urban presence. And in a lot of ways we're uniting a region in great need of unification."

WNKU was a staple of the community, Monks said, but he emphasized that a changing media landscape led to its closure -- not Grant County Broadcasters.

"A lot of people are sad to see it go. It is something that had a true Northern Kentucky identity attached to it. I would say the good news is while the sound may be different, it will be handled by a strong, good steward that is based in Northern Kentucky that has proven over the past 25 years that they have the community's best interest at heart," Monks said.

The River City News isn’t a one-man operation, but Monks does an exorbitant amount of the heavy lifting from his website’s Madison Avenue office in Covington. From the second his eyes open until they close at night (minus a daily nap), he’s dashing off articles, handling social media, taking out the trash -- anything to keep the six-year-old organization up and running.

Monks hopes to keep up that frenetic pace as he works early mornings in Grant County and then returns to Kenton County by mid-morning to carry on The River City News’ daily newsgathering.

No matter if 105.9’s listeners prefer WNKU's former indie sounds or the new classic country, Monks views them as neighbors and lets that guide his coverage.

"Whether they like Reba (McEntire) or something on one of the pop stations, they live close to where I live," Monks said. "I’m going to let them know what matters to our area."