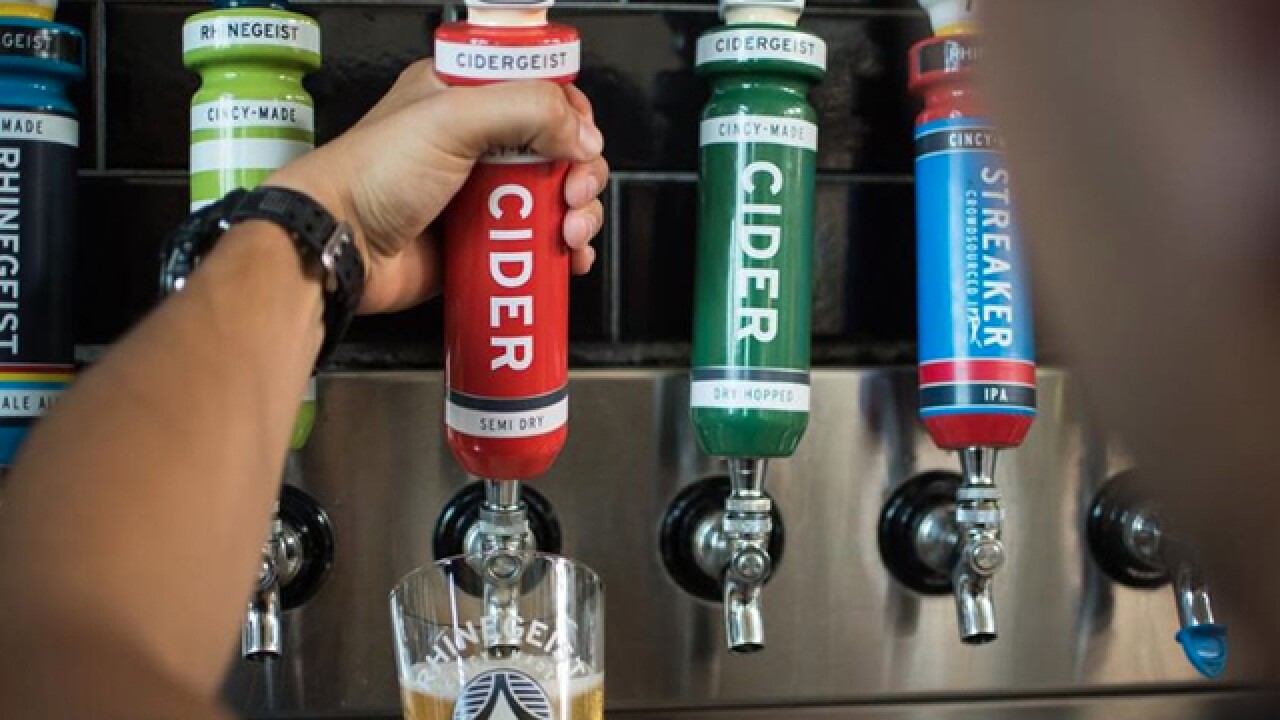 CINCINNATI — Rhinegeist Brewery has a lot to celebrate during its daylong Three Years of Thirst anniversary party Saturday.

“It’s been another hell of a year and a hell of a three years,” said Rhinegeist president Bob Bonder. He and business partner Bryant Goulding opened Rhinegeist in June 2013 inside of the former Christian Moerlein Brewing bottling factory at 1910 Elm St. in Over-the-Rhine.

The company, which started with five employees, now boasts 150 people on its payroll to sustain significant increases in the production and sales of its beer. It capped off a $10 million facility expansion with the opening of a rooftop bar and patio on Reds Opening Day.

The company also reached a milestone, selling more than 30,000 barrels of beer in 2015.

“I think that makes us the first to ever reach the 30,000-barrel mark in craft brewing so quickly,” Bonder said. “And we sold that beer almost entirely in Ohio and Kentucky. I guess we have a thirsty population that loves to drink what’s local.”

Rhinegeist also has introduced barrel-aged beers and a line of ciders with Cidergeist in its third year. Bonder said the brewery’s growth presents its greatest challenge. He wants employees to be creative and challenge processes and avoid having the company become impersonal due to its size.

“That is a fragile balance,” he said. "We are really trying to keep a tight, close eye on that balance.

“I think not only about the growth of our team and the culture they built, but also the community involvement we managed to have -- just how much a part of Cincinnati we’ve become,” Bonder said.  “And it’s not just us, but the return of craft brewing in Cincinnati. None of that is anything we ever anticipated. All of that combines to make it so much more rewarding than I ever imagined.”

He said Saturday’s party, which will include specialty beer taps, music and themed party rooms at the brewery, will reflect the culture and quirkiness Rhinegeist has built over the past three years. He added that in the next year, the company will focus on maintaining that culture and strengthening community ties.

“I think the rest of this calendar year we plan on rounding out distribution in Ohio and working our way up into Cleveland,” Bonder said. "That may be it. We really want to bring focus back in-house. We want to make sure that our company’s cultural heart is still beating strong. I think it’s healthy for us to calm it a bit.”