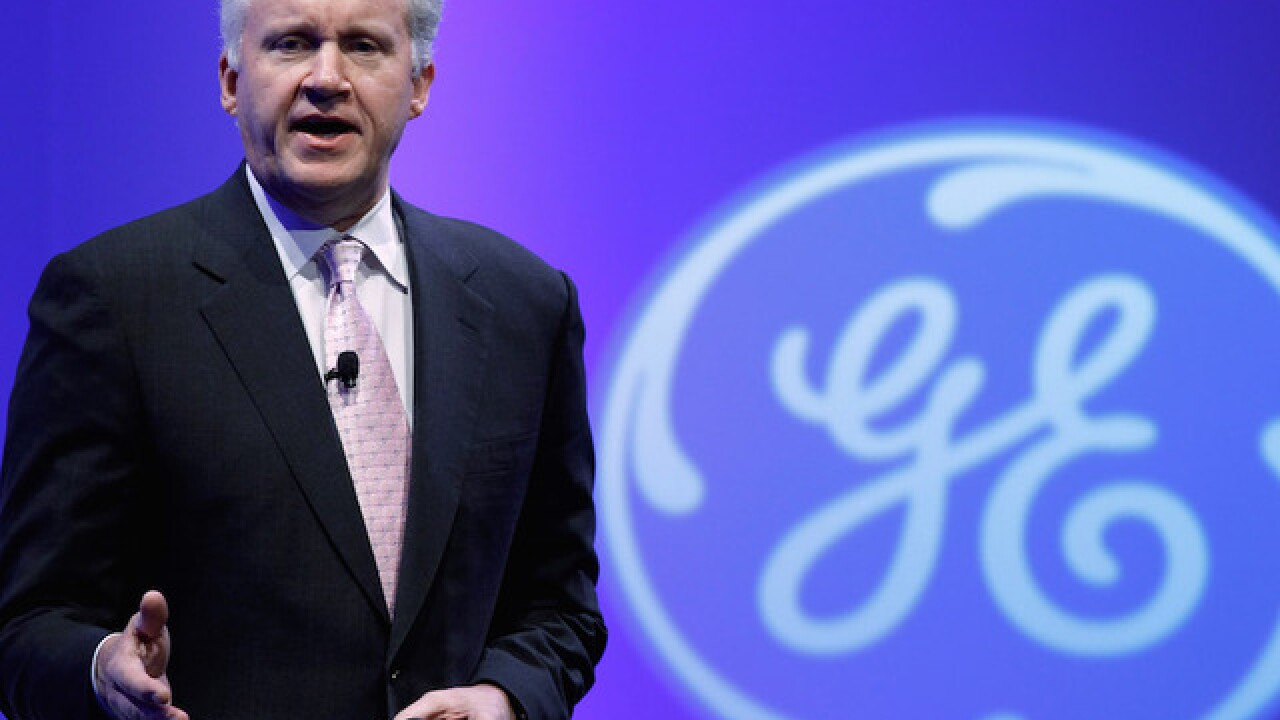 CINCINNATI - He had a Harvard MBA and a career that spanned the global plastics, appliance, health care and finance units at General Electric Co.

“This is a place where people feel like they’re welcome to do business,” Immelt told reporters last October at the grand opening of GE's Global Operations Center at the Banks. “I always wear two hats. I’m a GE guy through and through. But look, I love this city. In my career, there’s just been a great marriage between the city and the company that’s been a true win-win.”

It’s not hard to find ways that Immelt has positively impacted his hometown.

GE Aviation is at the tail end of a $500 million expansion in Southwest Ohio as the company builds a research lab for ceramic engine parts at Evendale and beefs up its 3-D printing capabilities following its 2012 acquisition of Morris Technologies.

The GE Global Operations Center brought a new daytime population to Cincinnati's riverfront, making it more than just a bar and restaurant district.

RELATED: GE at the Banks is Cincinnati's newest talent magnet

And the company’s future as a cutting-edge developer of big-data tools to design and maintain jet engines has taken root in Evendale, with the creation last March of digital division that now employs several hundred.

“He’s pretty much supported every development program we've proposed,” said GE spokesman Rick Kennedy. “He knows it’s a long cycle business. A lot of the decisions Jeff made in aviation will benefit the city 25 years from now. I mean, right now we’re booming because of decisions made in the mid-80s. You don’t get your return on investments in aviation for 15 to 20 years. Jeff has made a lot of decisions that’ll cast a big shadow for Cincinnati.”

During Immelt’s 16 years as CEO, Kennedy said GE Aviation grew from $1.4 billion in annual revenue to $26 billion, Kennedy said. It now has 44,000 employees worldwide, including 9,200 in Cincinnati and Dayton.

But its long-term business cycle has created problems for GE, which faces increasing investor pressure to cut costs and boost profits. Activist investor Trian Partners has led the charge for change at GE, but Kennedy doesn't think the activist forced Immelt's departure. He said GE announced four years ago that a new CEO would be named by 2017.

Trian Partners has also taken a sizable stake in Procter & Gamble Co., a move that some predict will lead the consumer-products giant to consider a breakup. CEO David Taylor told CNBC recently that his talks with the fund led by billionaire Nelson Peltz have been "ongoing, active" and "constructive."

Cincinnati Public Schools has received more than $25 million from a series of GE Foundation grants aimed at encouraging math and science education. It was the largest non-government grant ever received by the district and came with "an army of volunteers, tutors and mentors," said CPS Superintendent Mary Ronan.

Every Thursday, a bus load of GE engineers arrives at Evantson Academy for math tutoring.

"That's just an amazing commitment and it's been going on for years," she said.

Although Ronan's interaction with GE Aviation has come mainly through the division's President David Joyce, she met Immelt "several years ago. You could see that tone of corporate giving comes from the top."

The Finneytown School District received about $1.5 million in personal donations from Immelt, who asked the school district not to disclose the gifts publicly.

“I live in Finneytown,” Kennedy said. “I was involved with it directly. I saw the money he gave. I mean, it’s the reason we had a track, the reason we finished the stands, the entrance. So, Finneytown High School looks different because of one of its graduates.”

Hamilton County Commissioner Chris Monzel, who also works for GE, agreed that Immelt had “a huge impact” on the region.

“His role at GE over the last 16 years has definitely shaped our community, from that grant with Cincinnati Public Schools to the Global Operations Center on the Banks to the investments he’s made in the G.E. Aviation industries, which has a ripple effect on all the other companies on our local vendors and suppliers,” Monzel said.

It’s a point of pride for many sons of Finneytown that one of their own rose to such lofty heights. Monzel recalls a story told by Ohio Supreme Court Justice Patrick Fischer.

“He grew up in that area,” Monzel said. ”His brother called him up” in 2001, when the financial channels were covering Immelt’s hiring as CEO. His brother told Fischer to turn on the TV, adding: “You used to cover him in back yard football.”