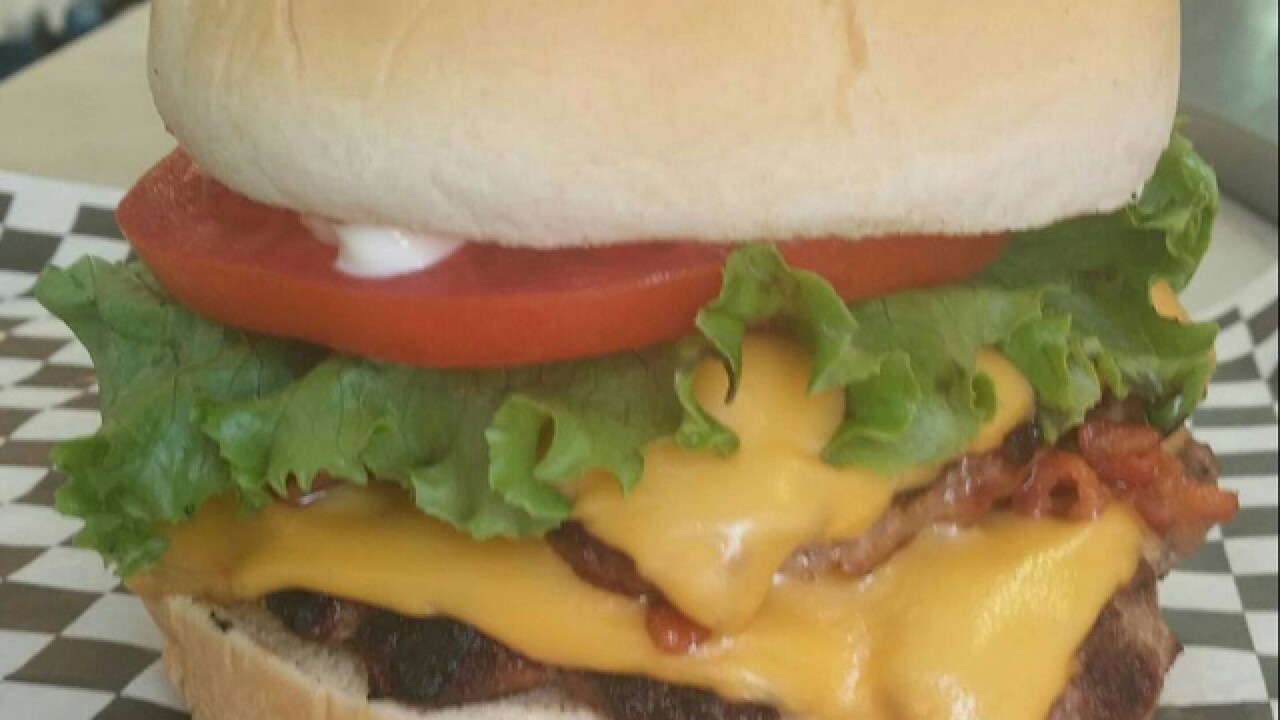 Copyright 2017 Scripps Media, Inc. All rights reserved. This material may not be published, broadcast, rewritten, or redistributed.
<p>Renegade Street Eats is known for its hand-formed burgers. </p>

Renegade Street Eats, the food truck that serves wings every Thursday at the Dana Avenue brewery, opened a permanent location inside Listermann this week. Renegade will serve its signature char-grilled wings and hand-formed burgers, alongside a slew of new items, Wednesday through Saturday at the taproom.

A grand opening party is scheduled for June 24.

"It's exciting and scary at the same time," said Kris Buening, Renegade's owner and operator. "Our business and our menu is expanding. Having the kitchen opens up the door for new menu items -- things I just can't do on the truck."

Fries are one of those things. The single deep fryer on the truck, which Buening and her husband retrofitted themselves, has had to be reserved for wings. The Listermann kitchen has two deep fryers, and that means homemade fries -- double-fried for extra crispiness.

"They'll stand up to all the toppings we're going to throw on them," Buening said.

Renegade also is adding boiled shrimp to its menu. People can choose to have the shrimp smothered in the garlic sauce that already is a popular choice for wings or plain and ready to dip into the homemade remoulade sauce Buening created for Renegade's blackened Cajun burger.

And Listermann customers will be able to get favorites like the gyro burger -- hand-formed with beef and ground gyro meat, then served with tzatziki sauce -- and the chipotle wing sauce -- made with Listermann's Lateral 562 milk stout -- four nights a week instead of one. Listermann expects this to grow the taproom's business along with Renegade's.

"We have a lot of people that come up for one beer, two, and then they either order in or they leave to go somewhere else," Listermann general manager Jason Brewer said. "Now, they don't have to leave."

The kitchen opening is the latest in a string of taproom improvements Listermann has made over the last several years. The business moved its brewing store to open up a large gathering space beyond the front taproom, which once offered just a dozen seats. An outdoor patio and a large new bar -- hand-built by Buening's father-in-law, Chip Kussmaul -- expanded seating, and a bold mural celebrating beer brightened the space.

Listermann also gained the ability to serve in glassware instead of plastic cups with its kitchen permit.

The decision to have Renegade Street Eats operate the kitchen was an easy one, Brewer said.

Listermann first worked with Renegade in 2013, the same year Buening started operating the food truck. But the business began as an idea three years earlier, when a family illness made Buening and her husband, Dave, think about what they really wanted to do with their time. A restaurant was their first thought.

"Every Saturday, that was our thing: We cooked for each other," Buening said.

Food trucks were just starting to pop up around the region, and Buening said it seemed like a safer bet to try that than a permanent location. They spent a year researching and another year gutting and rebuilding a camper trailer as Renegade Street Eats.

By 2015, less than two years after first rolling out the truck, Renegade Street Eats was doing so much business, Buening had to quit her full-time job.

Renegade still is a family project, with Buening's husband and daughters helping often with the truck. But Buening has had to hire two full-time employees and an army of part-time employees to cover the Listermann kitchen and Renegade's full calendar of events. The truck still will be offering Wednesday wing nights at Mount Carmel Brewing and traveling around the region for events and festivals.

But Listermann will be the only place where Renegade Street Eats offers its full menu. The kitchen will be open 4 to 9 p.m. Wednesday and Thursday, 4 to 11 p.m. Friday, and noon to 11 p.m. Saturday. Hours might vary before the June 24 opening, but hours and new menu items will be announced on Renegade's Facebook and Twitter accounts.