Remember This: Western-themed Roundup Club had pool, stage coach and, for a while, even a live bear 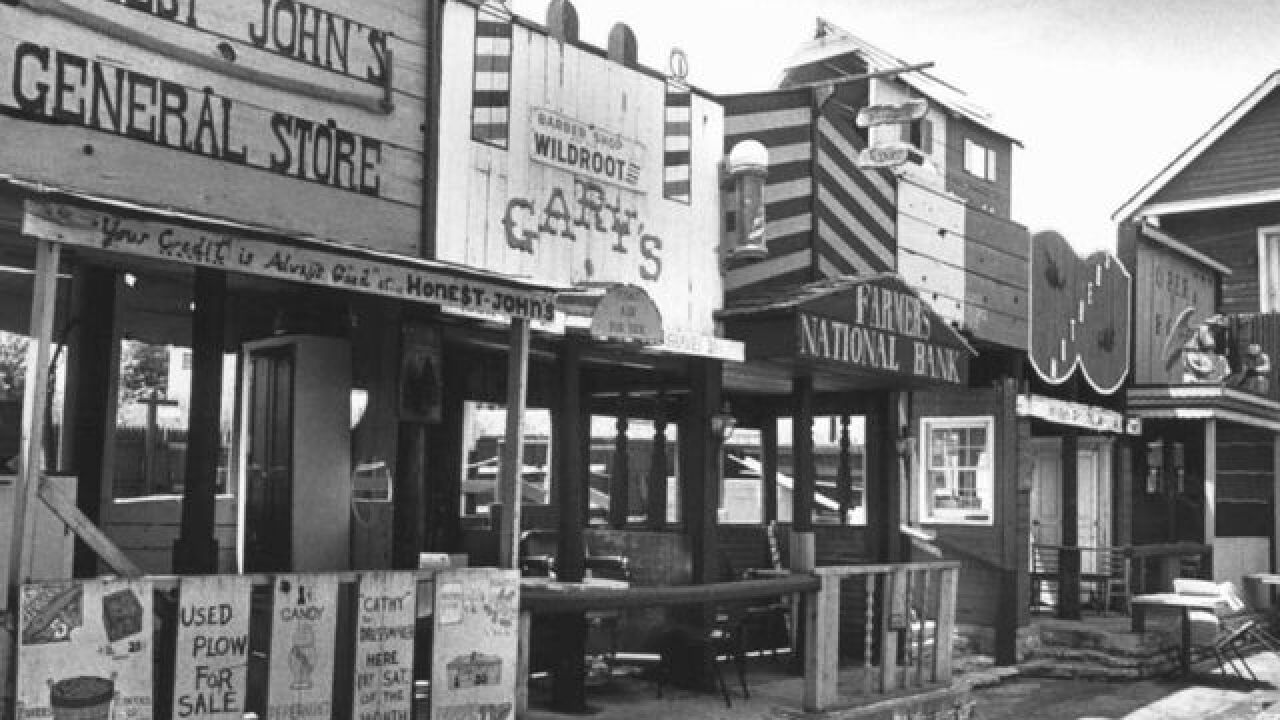 Copyright 2017 Scripps Media, Inc. All rights reserved. This material may not be published, broadcast, rewritten, or redistributed.
<p>The Roundup Club in Erlanger featured a Western theme with a stage coach and covered wagon outside as well as facades on an outside wall that replicated an old Western town with a general store, barber shop and bank. (Photo courtesy of Kenton County Public Library)</p>

ERLANGER, Ky. -- On the corner of Kenton Lands Road and Dixie Highway in Erlanger, where a Chipotle restaurant now sits, was once the famed night spot The Roundup Club.

Starting out as a tiny carry-out restaurant of the same name in the 1950s, it was purchased by local businessman Gene Kenney, who turned it into a nightclub.

"It originally held about 40 people," said Kenney's son, Chris, 61, of Villa Hills. "My dad kept expanding it backwards, away from Dixie Highway, and by the time we closed it could hold about 1,000 people."

Owner Gene Kenney, who is now deceased, created a club in a Western theme with a full-size train caboose on the side the building, an authentic stage coach and covered wagon in the parking lot and real wagon wheels and totem poles throughout the club. One of the outside walls was the recreation of a Western town with facades of a general store, barber shop and bank.

There were seven full-service bars and two back-to-back stages for live bands. The club was known for bringing in high-quality local talent, so on weekends it was packed.

"My dad knew that people would leave when the band would take a break," said Chris. "So, they would time it so the second band would start playing within five seconds of the first band stopping. That way no one would leave because the music stopped."

Gene was a noted carpenter, and people knew to alert him when they were tearing down a barn or building. Eventually the walls, doors or windows might become part of The Roundup.

"He wasn't doing it to be green -- that wasn't in style yet. He just didn't want to spend money on materials," said Chris. "But it made the building very memorable.

Regulars remember The Roundup as a series of rooms and additions, all built before the days of enforced fire codes, sprinkler systems and mandatory exit doors.

"I'm surprised it never went up in flames," said Gil Foltz, 60, of Union, who went to The Roundup to listen to bands in the late 1970s. "I remember the wood floors and walls, and the ceiling wasn't very tall. It was always very dark."

Chris, who worked at the club in the 1970s from age 14 to 22, did all sorts of jobs there, including not checking IDs.

"We weren't real strict about people being 21 to enter. That's just the way it was then," he said.

Another memorable feature of The Roundup was Beaver the Bear. Yes, Beaver, was a full-grown Asian sun bear that Gene acquired along the way.

"The story was that someone ordered the bear through a nearby Pets-n-Such store but then backed out when he was delivered," said Chris. "So, dad bought him at a discounted price."

Gene, carpenter that he was, built a bear cage at the end of the coat-check with a plexiglass wall so people could see him, both from Dixie Highway and inside the club. Chris recalls that the cage had holes in it and as people started drinking they sometimes gave alcohol to the bear. One night, Beaver got out and tore up the coat check before being corralled.

"We had the bear for a couple years, but after that dad gave him to some exotic animal farm," Chris said.

Another attraction was a giant in-ground swimming pool that Gene had installed. His plan was to sell cheap memberships so kids could swim on summer days while the adults hit the bar.

This outdoor area also featured a dance floor. In the winter, Gene put up a giant tent with fireplaces, so the outdoor space could be used almost year-round.

Chris said The Roundup Club's demise coincided with the popularity of disco music.

"This was a dance club featuring live bands, but as disco became all the rage, people realized they didn't need a band when a DJ would do," he said.

The club started hosting harder rock bands, which brought in a rougher clientele.

"These people were drinking beer and not the mixed drinks that had been popular," he said. "It just was not as lucrative."

In the early 1980s, Gene Kenny, who was then in his 50s, closed up shop. He decided to sell the land to the owners of a medical office building next door, and The Roundup was torn down and paved for a larger parking lot.

"It seems like everybody has a story about The Roundup. They met their boyfriend or girlfriend, future spouse there, you name it," said Chris. "In its heyday, it was the place to be."