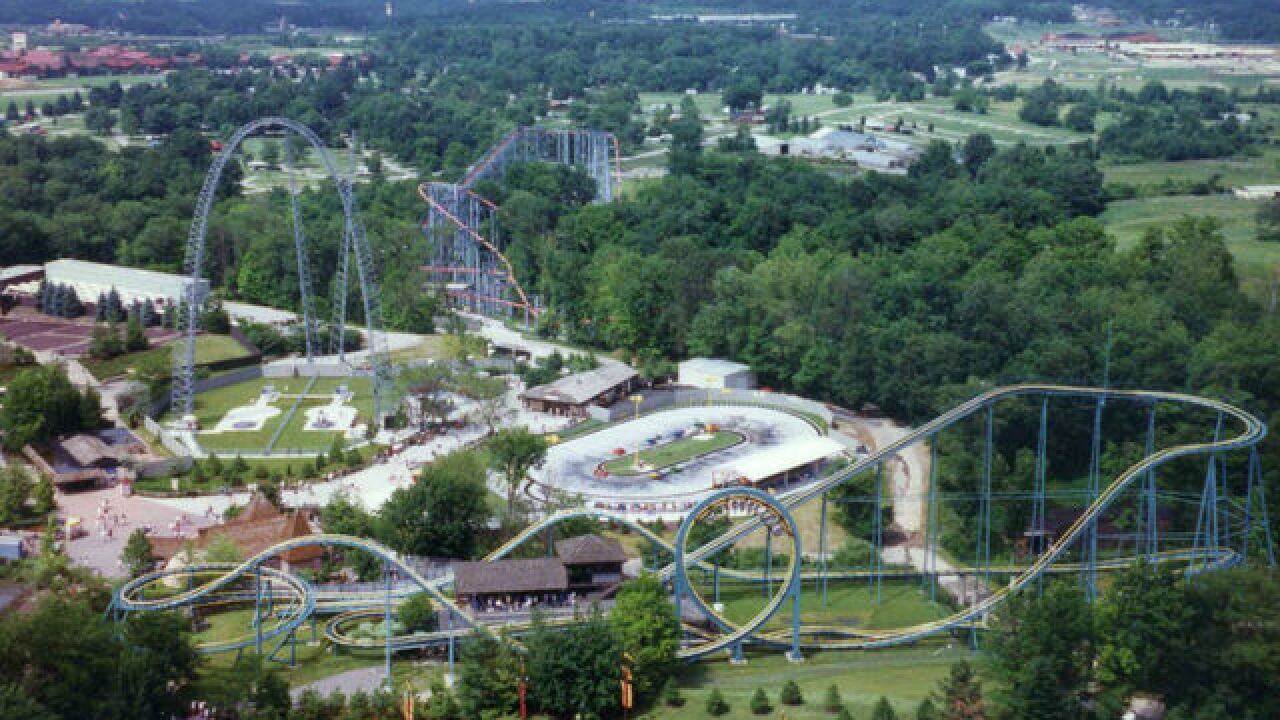 Copyright 2017 Scripps Media, Inc. All rights reserved. This material may not be published, broadcast, rewritten, or redistributed.
<p>The King Cobra slithered through the center of Kings Island from 1984 through 2001. The standup roller coaster featured plenty of thrills, including a 540-degree helix. (Photo provided)</p>

MASON, Ohio -- Kings Island has long ruled the coaster community. The park has served up cutting-edge designs since 1972, giving Tri-State adrenaline junkies some of the fastest, tallest and coolest rides in the country.

But when it comes to innovative construction, one coaster stands tall above the rest. Long before Diamondback slithered its way into the center of the park, the King Cobra reigned supreme. The King Cobra first sunk its teeth into the thrill-seeking public in 1984 as the first coaster in the nation built from the ground up to be a standup coaster. Its unique design and one-of-a kind experience brought fans from across the country to Cincinnati.

Don Helbig was among the first to ride the King Cobra when it was unveiled to super-fans and media. He rode the coaster 37 times that day and went on to ride it 808 times during its lifespan.

"It gave some nice airtime moments, little hops in the track where you'd come up (out of your seat) a little bit. It was just a really, really fun ride, something you could do over and over again and not get tired of it," said Helbig, who today serves as digital marketing area manager at Kings Island.

As if standing during the ride wasn't enough, the coaster gave its daredevil riders two minutes of twists and turns. The ride started with a climb up a 95-foot hill and a quick 180-degree turn followed by the first drop. Riders were then treated to a 360-degree vertical loop, a camelback hill and then a 540-degree helix.

Easily among the favorites when it was built, as one of only five coasters in the park -- along with the Beast, Racers, Screamin' Demon and Woodstock -- the coaster remained tremendously popular until it was removed from the park at the end of the 2001 season. A total of 18.2 million rides were taken on the King Cobra before its demise. The standup design was duplicated in parks across the country, though none still operate today.

It became necessary for the ride to be removed after its manufacturer, TOGO, went out of business, making it impossible to get replacement parts needed to maintain rider safety.

Lore says that the great snake still lies in the park's boneyard, a place where retired rides are laid to rest. This rumor is no longer true, according to Helbig. All pieces and parts of the coaster have been removed, having either been scrapped or donated to Kings Dominion in Virginia to use as replacement parts for its now-defunct standup coaster, Shockwave. The King Cobra did, however, leave its mark. Its footers, or foundations, can be seen in the ground behind the area where the Banshee now stands by those lucky enough to get a behind-the-scenes tour.

"It was a fun ride and a great visual with the green and the yellow and its awesome logo," said Helbig. "We still see people wearing King Cobra shirts around. Everyone remembers their first ride on the King Cobra."

Despite the many coasters that have come and gone, and the 16 that exist in the park today, the King Cobra is still held in high regard. And although standing coasters have been replaced by faster and fancier thrill rides, Helbig thinks we'll see them again.

"Everything goes in a cycle. There will come a time again that standup coasters will be back," he said.