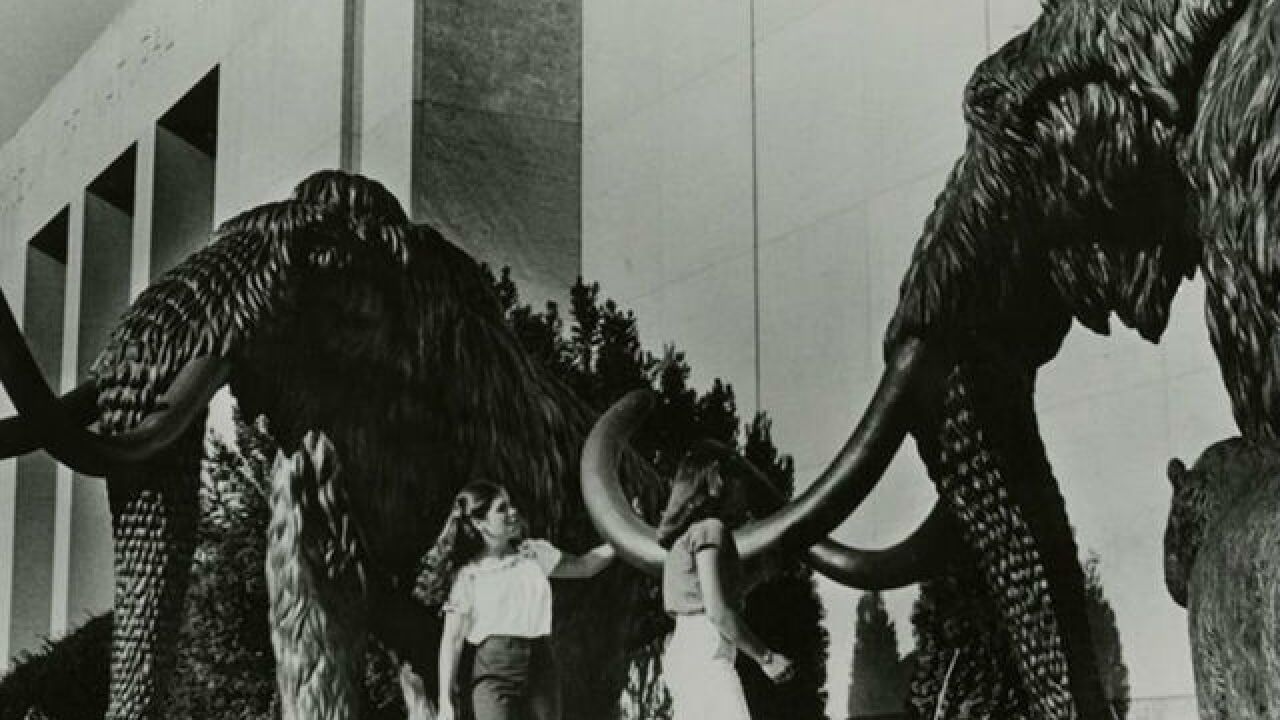 A roomful of bugs.

The Cincinnati Museum of Natural History and Planetarium provided plenty of chills and thrills during its nearly 40-year run on Gilbert Avenue, but it was a glass bridge that instilled fear into the hearts of thousands of visitors. And yet, the lure of a cave and the mysteries it held persuaded most to close their eyes and step into the unknown.

“Walking over that glass bridge was so scary. I loved the sounds inside of the cave. The woolly mammoths were always a source of fascination for me. It was the first time I realized something could go extinct,” said Karen Geraci. “We would go visit Eden Park after the museum. I loved the science aspect of it. I was sad when they moved. I never really got into the Museum Center.”

The glass bridge, a perfectly safe 3 inches of safety glass and Herculite, led visitors to the hands-down favorite exhibit in the Museum of Natural History – the multiple-story cave.

Completed in 1967, the cave exhibit featured all the characteristics of a real cave, including dome pits, one of which was 40 feet high, and an underground stream. Designers used Mammoth Cave as inspiration and required workers with extensive knowledge of caves, rather than general contractors, to sculpt the walls and floors from gunite to create a realistic structure, according to Tom Klekamp, a member of the Louisiana Board of Professional Geoscientists who helped construct the cave, or the cavern as it was officially called.

“The glass bridge was amazing, scared the daylights out of me as a kid. But no trip was complete without it, and we loved the caves,” said Candace Cappel-Mapes.

Sitting in the shadow of Elsinore Arch on Gilbert Avenue, the museum captured the imaginations and hearts of generations of kids who discovered a love of (or at least an appreciation for) history thanks to creative and interactive displays. Visitors were greeted by massive woolly mammoths outside the building and a life-size Allosaurus just inside the doors. Cavemen dioramas, polar bears, shrunken heads, a petrified tree and views of the galaxy were among the many artifacts and displays waiting to be explored.

“This was one of my favorite places to visit as a kid. The museum and its exhibits are some of the things that would set me on my career path. Even as a tween getting to see the Pink Floyd laser show in the planetarium was a high point,” said Tiffany Hoffman, assistant director of education at the National Infantry Museum, who has also worked as an archaeological field technician. “Every child has a happy place, somewhere that sparks something inside, igniting their interest, and inspiring them to find out more. The Natural History Museum was definitely mine.

“Every exhibit within the museum offered me a window into a bigger world, even the bug one that gave me the heebie-jeebies. I found myself wanting to know more, but it, through time, has also inspired me to pass the same experiences on to others, which is how I fell into the education side of the house.”

Built in 1957, the museum quickly became a staple for local schools’ field trips, offering something of interest for all grade levels and history topics. While some were fascinated by the Native American arrowheads or the taxidermic birds prepared by John James Audubon, others were more captivated by some of history’s more lurid details.

“A favorite exhibit for all us boys was the mummy's skull accompanied by a description of how the Egyptian embalmers removed the brain – through the nose. Of course, that was also a favorite place for the girls to say, ‘Eeewww,’” said Allan Landwehr, who visited the museum on field trips during his time at Grace Lutheran School in Westwood.

The museum wasn’t only for field trips. Families happily explored the exhibits, many coming regularly or for special occasions.

“I was an astronomy nerd as a kid, so my parents made all my friends come to the planetarium for my 6th birthday party in 1986. I put on a real spacesuit, we ate space cake, and we all saw what the sky looked like on the night I was born. The other kids may have been bored silly, but I loved it,” said Jonah Knobler.