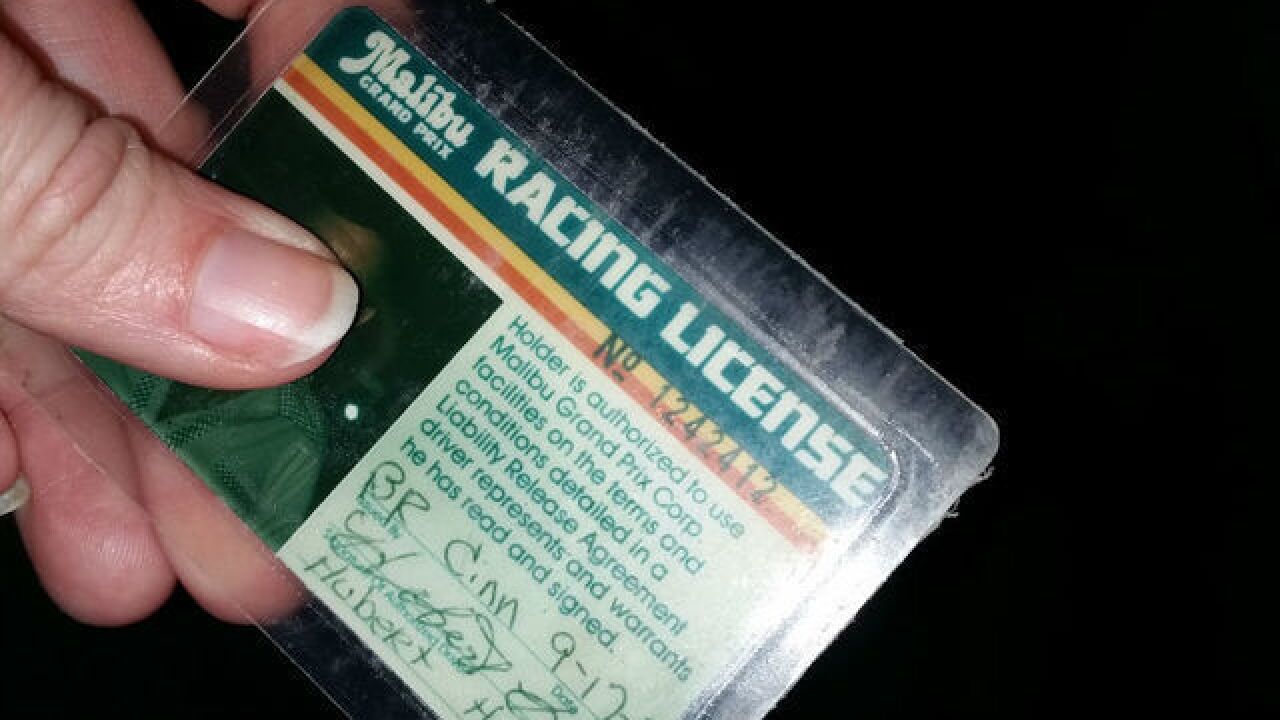 CINCINNATI – Whether they were racing against the clock or their best buddies, teenagers and adults alike could play out their high-speed fantasies in itty-bitty Indy cars at Malibu Grand Prix.

Popular during the 1980s and 90s, Malibu Grand Prix was a destination spot for Tri-State adrenaline junkies who got their go-karts and pulses racing on the outdoor track. For a couple of bucks per lap and the purchase of a Malibu Grand Prix Racing License, drivers could fill their need for speed in three-quarter-scale versions of Formula-style race cars.

Though capable of speeds up to 60 miles per hour, the 26-horsepower karts were kept closer to the 30 to 40 mph range thanks to the curvy track design.

“The turns were so intense if you were hitting those top speeds you were drifting, and I didn’t ever see anyone drift,” said Kick Lee, a successful music producer from Clifton with fond memories of Malibu Grand Prix and his visits there as a child. “For me, it was a group activity. I was a foster kid at the time, so when I would visit my family on my dad’s side it was where we’d go. I remember it so clearly. It was huge to me, so full of life and color.”

Too young to drive the full-size karts, which were limited to drivers 16 and older, Lee enviously watched his older cousins speed around the track while he and other tweens were relegated to the Roadrunner karts – smaller, slower versions of the Virage.

Located on Dowlin Drive, just off Interstate 75, the track drew crowds from across the state and those visiting the area on vacation.

“It was so visible from the highway. You’d drive past it and get excited and want to go,” said Lee.

Malibu Grand Prix offered more entertainment than extreme speeds. For those not wanting to race or only wanting to do so virtually, the complex also featured a large, modern video arcade filled with the most popular games of the day. The arcade, which featured about 75 games, was honored for “Best Video Games” multiple times by Cincinnati Magazine in its Best and Worst Awards during the 1980s.

“Believe it or not, I only rode the go-karts one or two times. We spent a lot of time in the arcade,” said Matt Rolfes of Sharonville, who visited the center often with his friends and family during his high school years in the early 1990s. “My first visit there was during July of 1992. It was on my cousin’s birthday. I spent the time playing Street Fighter 2 with my cousins and our friends. It was just a great and happy time there that day. I was hooked on the place from that day.”

At its height, the entertainment company had 45 locations across the country, including three locations in Ohio – Sharonville, Columbus and Dayton – and one in Louisville. In the mid-80s, when its core audience had graduated to Nintendo, Atari and real racing, the company faced a financial downslide. The Sharonville location closed in the late 1990s, much to the dismay of race enthusiasts, and the building was eventually demolished to make way for a Hilton Garden Inn.

In 2002, the company shuttered its doors for good, selling its three remaining locations – Redwood City, California; Norcross, Georgia; and San Antonio, Texas – to Palace Entertainment. Of those, only the Georgia location remains open today.