Remember This: In the '80s, Markets International gave us a taste of the exotic

Springdale complex was THE place to hang out 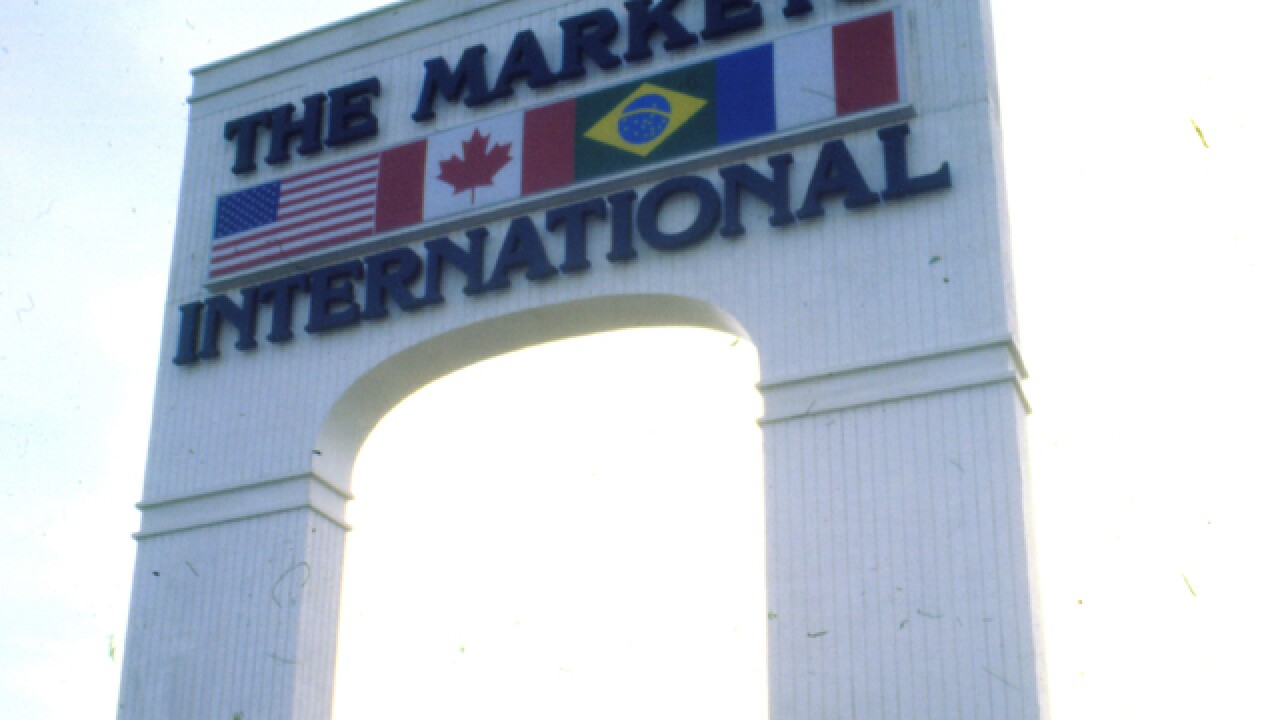 Copyright 2017 Scripps Media, Inc. All rights reserved. This material may not be published, broadcast, rewritten, or redistributed.
Provided
<p>The Markets International was a popular Springdale hangout in the 1980s. (Photo provided by City of Springdale)</p>

SPRINGDALE -- For most of her life, Angela Gayle has had a thirst for new experiences and a love of seeing the world. The Cincinnati native has lived in South Korea for seven years, teaching English at a university and traveling extensively throughout Asia. She also spent three years in the U.S. Army, stationed in Germany and has traveled throughout Europe.

Gayle wonders if the catalyst for her wanderlust comes from a relatively simple place -- a shopping and dining complex called The Markets International that operated in Springdale during the 1980s.

By today's standards, when international restaurants can be found even in the smallest of suburbs and global goods can be purchased with the click of a mouse, Markets International might not sound that exotic. But for many Cincinnatians, the mall introduced them to the idea that there was a whole big world out there.

"I learned there's more to life than Cincinnati and Skyline," Gayle joked.

Not that she doesn't enjoy the beloved local chili, but her palette is adventurous and she loves to try all kinds of new foods. She first visited the Markets International food court when she was about 9 and remembers how unusual even an eggroll and duck sauce seemed.

"My mom would take us on the weekends and loved to try foods from around the world," said Gayle, who grew up in Mount Healthy. "She would get something and I'd think I wouldn't like it, then I'd try it and it'd be really good."

Located on Merchant Street in Springdale, just a bit off the beaten track in relation to the Tri-County Mall and other shopping and dining options of the time, Markets International featured more than 50 specialty shops and restaurants. The retail choices ranged from a bookstore and a shop that sold flags from around the world to places that featured only knitting supplies or brass goods or high-end teas.

As for the dining options, the complex had 14 restaurants along with 11 food counters, according to an advertisement from the mid-80s.

Mike Smiddy of Dallas remembers liking all kinds of food stores, including one that sold only popcorn and another that sold only jellybeans. He tried a gyro for the first time at Markets International and was hooked.

"They had a little bit of everything, but the Greek food was what we loved the most -- that and hanging out at the arcade," said Smiddy, who grew up in Glendale and spent countless afternoons and evenings hanging out at the market with his three brothers.

Smiddy and his friends and brothers loved to walk around the market, read magazines in the bookstore, try new and unusual foods when they had some pocket money and just take in the atmosphere. He even learned to drive a stick shift in the mall's parking lot and practiced throwing a football there.

"It was an oasis for us, something we really loved," Smiddy said.

For Thomas Meyer of Milford, Markets International was also the first time he'd ever seen a gyro, much less tasted one, and he was hooked right away. Watching the cooks at the Greek restaurant shave the lamb from the spit fascinated him. He'd walk the aisles of the market taking advantage of the free samples of cheese, seafood and candy offered by vendors.

Meyer visited the market almost every weekend for years with his mom, grandma and two sisters. When he thinks back on the place, it's the memories of spending time with his family that mean the most. His grandma loved to try new foods and see what was new in the shops and encouraged him to do the same.

"She instilled in me an attitude to not be afraid to try new things," he said. "I always did that with my kids later, and I still do it with my grandkids."

Diedrich Jones, who grew up in Springdale, remembers visiting Markets International with his mom and brother frequently. His mom, Debbie Jones, worked in a deli at the mall for a while.

"That place was really cool," said Jones, singer of The Cliftones, a popular local reggae band with a national reputation and a host of local entertainment awards. "I remember the feeling that you could get things there that you didn't see everywhere else. It was kind of like the Findlay Market of the suburbs."

But unlike Findlay, which has been in operation since 1852, Markets International was short-lived, operating just through the 1980s.

Christine Russell, economic development director for the city of Springdale, said the development was built in 1979 or 1980, according to building permit records. She couldn't immediately determine when the mall closed, but development letters dated 1990 lay out plans for redeveloping the site.

While it wasn't in operation long, Markets International seems to have provided plenty of memories for Cincinnatians of expanding their horizons and spending time with their families and friends.

For Gayle, the market gave her mom a chance to experience a bit of the world, even though she never was able to travel internationally. She loved that her daughter is living the global life she wanted to live. When her mom died 2½ years ago, Gayle spread her ashes in several locations around the world.

For a while, in the 1980s, Markets International scratched the travel and exotic food bug for Gayle's mom and who knows how many others in Cincinnati.

"It was almost ahead of its time," said Gayle. "I don't think Cincinnati was ready for it then."