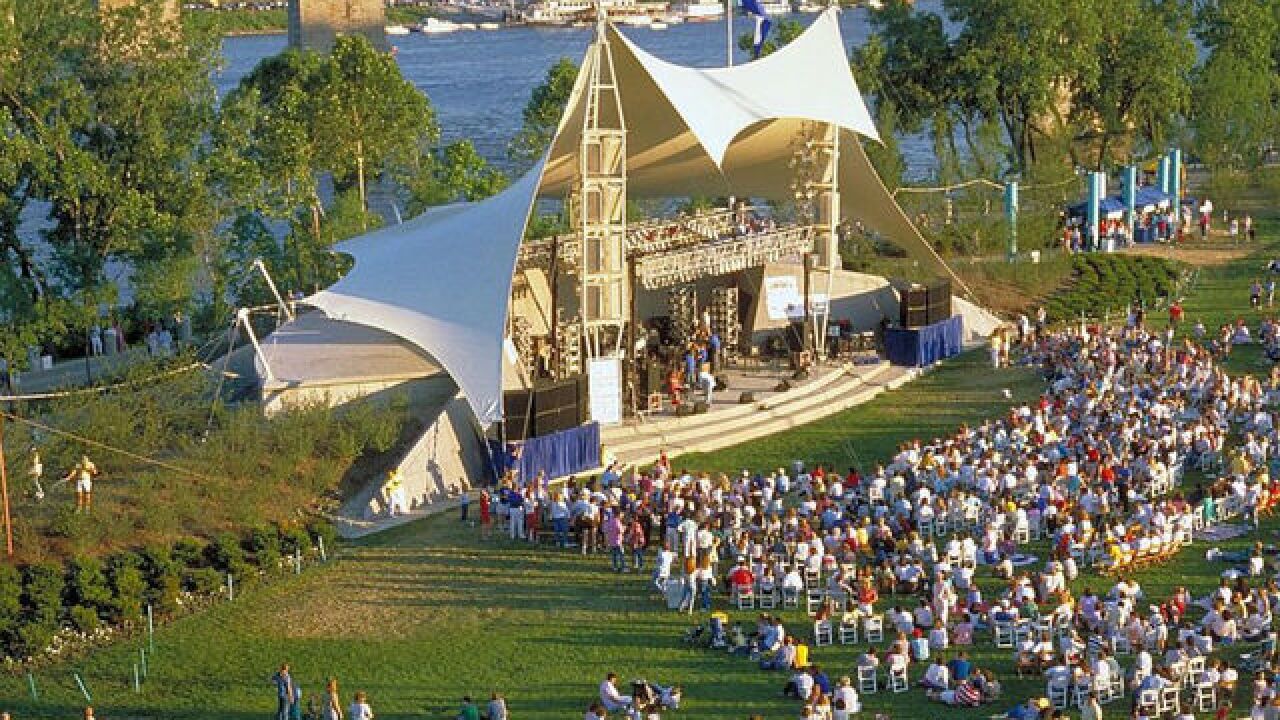 It was more than successful, selling out events, filling hotel rooms, generating phenomenal media coverage and enhancing our riverfront in ways that still pay off today.

Vice Mayor David Mann was Cincinnati’s mayor in the early 1980s and appointed the leaders who made up the Bicentennial Commission before leaving office in 1982.

“They brought this tremendous celebration to life,” he said.

Rick Greiwe, now principal of Greiwe Development, was hired a few years prior to 1988 to be the executive director of the Cincinnati Bicentennial.

“For a year and a half, I gave a speech at every association, neighborhood and institution in the area, collecting ideas and creating a very ambitious wish list,” he said. “Then, about two years out, we went to businesses to ask for financial help.”

The word got out, financial support came in, and the result was a yearlong event that came together with the help of 5,000 volunteers and 700 corporate sponsors.

“Plus, we had a young and ambitious staff who thought anything was possible,” said Greiwe.

As the calendar flipped to 1988, huge events like Major League Baseball’s All-Star Game and the first Tall Stacks Festival were about to take off. Throughout the city, smaller events like the Bicentennial International Chess Challenge, Bicentennial Quilt Exhibit, Bicentennial Mayor’s Cup Regatta and Bicentennial Charity Ball Fashion Show were also lined up.

June marked the ribbon-cutting for Bicentennial Commons at Sawyer Point, in the place of a former scrap yard, effectively adding a welcome mat along the river. In 1988, the $14 million park covered 22 acres and included two stages, P&G Pavilion and Schott Amphitheater; eight tennis courts; a skating rink; two volleyball courts; a fishing pier; and the massive Cincinnatus statue.

And although there was much excitement surrounding the park opening, what generated quite a bit of press was the opposition to some sculptures that would be at the entrance to the park. Designed by Andrew Leicester, an internationally known artist based in Minneapolis, the statues used the city’s history for inspiration. Calling on our roots in pork production, and the city’s nickname Porkopolis, Leicester designed several bronze pigs, with wings, to sit atop 30-foot-tall riverboat smokestacks.

“When the idea of the flying pig statues became public, there were people who thought that was not very complementary to our city,” said Mann. “We had a public hearing, and I arranged for the Cincinnati Zoo to have an Asian pig at the meeting, to indicate my support.”

In the end, the statues with winged pigs won and were placed at the entrance.

“The pigs brought a lot of attention to the project and added a neat aspect to the park,” said Mann.

July brought the Homecoming Celebration, which lasted about two weeks. It kicked off with a parade and a night of fireworks shot from Downtown rooftops to resemble candles on a birthday cake, and it culminated with the 59th All Star Game. Vice President George H.W. Bush threw out the first pitch, and 56,000 fans packed Riverfront Stadium

The largest event of the year was in October, the first Tall Stacks Music, Arts, and Heritage Festival. The three-day festival reported an attendance of 700,000 people who came to see, tour and cruise the 14 riverboats. In addition to barbershop quartets and strolling musicians, the event featured six stages and more than 35 acts, including Glen Campbell.

Cincinnati's 200th birthday year came to an end in December with a Bicentennial Ball, held at the Phoenix and attended by 2,500 people.

As the celebrations came to an end, Greiwe said, he was proud of all that was accomplished, including $60 million in initiatives. Those include the permanent Bicentennial Commons, which includes the Riverwalk in Newport and Covington, as well as millions of dollars in national and international press coverage, which got the word out about the Queen City.

“It was exciting as it unfolded,” he said. “And it exceeded our expectations.”