Remember This: For years, we laughed at corny Kwik Brothers commercials -- then ran out for an Icee 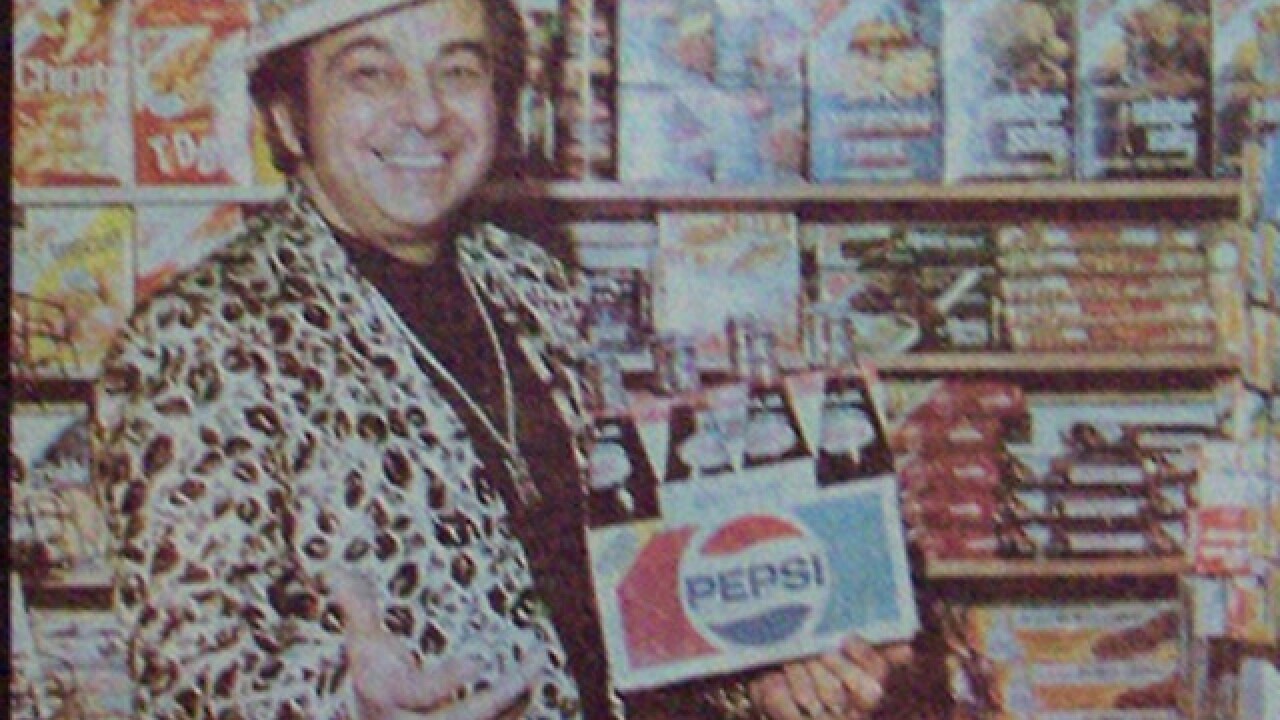 Copyright 2018 Scripps Media, Inc. All rights reserved. This material may not be published, broadcast, rewritten, or redistributed.
Provided
<p>For many Cincinnatians, there will never be another pitchman quite like Mike Tangi, who played both King Kwik Brothers</p>

CINCINNATI -- There's been no shortage of interesting, compelling or just plain head-scratchingly odd pitchmen working their magic in local TV commercials over the years.

And a veritable who's who of Cincinnati athletes, comics, wacky characters and borderline con men in cheap suits have sold everything from pizzas to legal services to basement sealant on local airwaves through the decades.

But for many locals, there will never be another pitchman -- er, make that pitchmen -- quite like the King Kwik Brothers.

Throughout the 1970s and into the '80s, the Kwik Brothers were among the most recognizable faces in the city, thanks to their ubiquitous and campy commercials for the King Kwik chain of convenience stores.

These days, there's a United Dairy Farmers or Speedway on seemingly every corner. But back then, King Kwik reigned supreme. The chain stood out from competitors with its recognizable red, white and blue logo, its popular promotions such as Big Red Machine drinking glasses, and its offering of the "coldest drink in town," the Icee.

But it was the store's TV pitchmen, the Kwik Brothers, that drew legions of fans with their oddly charming commercials.

"They were so corny they were funny," said Mike Ireland. "They had a weird vibe that was perfect for late-night TV. Cincinnati had a very eclectic local commercial scene back then."

Dressed in matching polyester sport coats and straw hats better suited for paddle-wheeler captains, the Kwik Brothers implored TV audiences to visit the store with silly but catchy songs: "Who's open when they're not? King Kwik! Who offers you a lot? King Kwik!"

In one commercial, the Kwik Brothers sang and danced down a staircase in tuxedos, swinging canes and surrounded by beauty pageant contestants The Kwikettes.

Like their songs, the brothers' catchphrases were also deceptively simple but effective, as they promised a "dime good cup of coffee" -- only 10 cents, get it!? -- or signed off with their signature "See you … pleeeeeeease!?"

Ireland, who lives in Savannah, Georgia, but grew up in Cheviot, has tried to explain the commercials' charm to people in other areas. It's easier, he's found, to just show them the old commercials on YouTube.

For Maurice Johnson, the local King Kwik was an important part of his childhood and teen years in Bond Hill. Like most people in the neighborhood, he and his family hit up the store nearly every day for this, that or the other, and it was a big day in his life when he hit the age of 10 and was allowed to walk to King Kwik without an adult.

Like most Cincinnati kids, Johnson loved the sugary-icy drink Icee best of all, and the Kwik Brothers commercials were a favorite.

"I recently re-watched them, and they were hilarious," Johnson said. "They brought back a lot of memories."

When he was 12, Johnson was bummed to find that some of the kids from the neighborhood were in a commercial shot at the Bond Hill location -- he didn't find out until two days later.

But he was more bummed when he discovered that the iconic Kwik Brothers were merely one man. Yep, it's true, the beloved twins who entertained countless locals were played by one person -- local advertising whiz Mike Tangi, who had been a director and character voice-over actor for WCPO's wildly popular "The Uncle Al Show."

With the not-very-advanced TV technology of the time, it perhaps shouldn't have been so hard to tell it was just one guy playing both roles. But as hard as it is to believe in this day of no-secrets social-media saturation, plenty of people fervently believed the Kwik Brothers were twin actors.

Heck, Ireland believed it until he was interviewed for this story.

"I bought it hook, line and sinker that they were identical twins," he said. "I believed it until, well, until just now."

Johnson discovered the Tangi secret as a kid during an event at the Cincinnati Gardens, where local TV personalities such as Uncle Al and Wendy, the Cool Ghoul and a twin-less Mike Tangi made appearances.

"People told me it was one guy, but I'd argue them up and down," Johnson said. "It was like finding out about Santa Claus."

Ron Ball of Springdale remembers the actor being at a benefit at the zoo when a woman told him, "I just love you. I like the Kwik Brothers, but I really love the one on the left."

To which Tangi responded with a straight face, "Yes, that one's me!"

Ball spent a memorable 12-hour day with Tangi in the early 1980s. His family had hired the adman to help position their business, Aurora Stoves & Swimming Pools, in the Columbus market, and the two took a daylong road trip to the city.

"He told me the original budget for King Kwik was just a couple hundred bucks per month, so the admen couldn't afford a spokesperson," Ball said. "Tangi thought, 'You always need someone to play off of in a commercial … I'll just play off of myself."

Ball still remembers the impression Tangi made on him with his big personality and hilarious jokes.

"But he wasn't a clown," he said. "He was obviously incredibly smart and had a serious side, and he did lots of volunteering for the community."

Like the once-popular King Kwik retail chain, Mike Tangi is no longer with us, but it's safe to say he (and, er, his twin brother) have a permanent place in Cincinnati TV history.

Indeed, those who talk about him say they can still hear him imploring, "See you … pleeeeeeease!"