Remember This: For local athletes, or those who just wanted to look cool, Brendamour's hit the mark 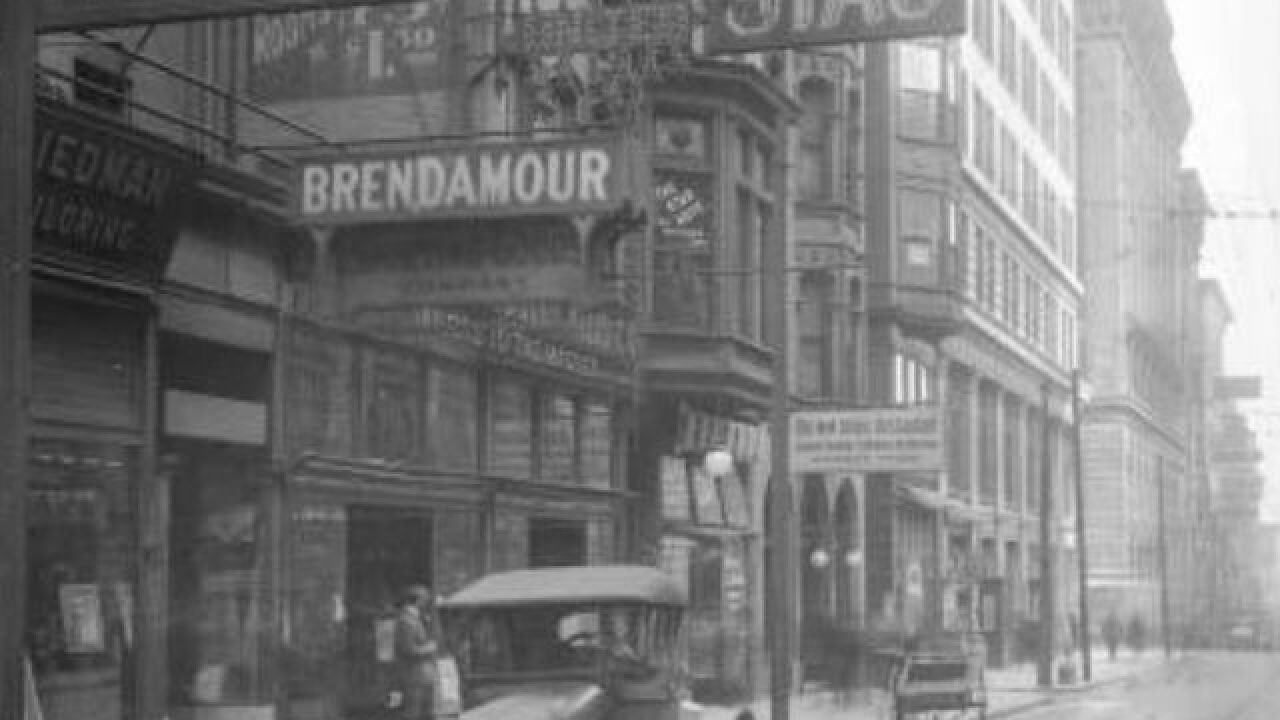 Copyright 2017 Scripps Media, Inc. All rights reserved. This material may not be published, broadcast, rewritten, or redistributed.
<p>The Brendamour’s chain has its roots in a location Downtown. Later, in 1937, Edward Brendamour Jr. launched the iteration of the retailer that would become the popular local chain. (Photo courtesy of Kenton County Public Library)</p>

CINCINNATI -- Whether you were looking for sporting equipment to better your game or the newest sneakers to improve your image, you had to be a fan of Brendamour's.

From 1937 to 1997, the sporting goods chain provided local athletes (or their paying parents) a one-stop shop for all their athletic needs. From balls, gloves, rackets and clubs to less common equipment like pucks, discs and darts, the store prided itself on the diversity of merchandise, even offering an entire department of futbol gear long before Cincinnati became the soccer-loving city it is today.

"Soccer was a big part of our business. Probably as a single sport, we sold more than any other sports. We sold a lot of soccer shoes and gear -- shin guards, Sambas, Umbros," said Doug Stevens, who worked for the chain for 12 years beginning when he was just 16. Eventually working his way up to management, Stevens worked at multiple locations including Middletown, Tri-County, Western Hills, Northgate, Downtown, Eastgate, Beechmont, Florence, Dayton and the home office.

But not all shoppers were there to play. For those just looking to make sure their style game was on point, the stores carried a wide range of popular shoe and apparel brands. Mr. B knew what was hot, at least according to the store's commercials.

"My mom always bought my Tretorns for peewee cheerleading from there. That was always a big day for me when I was young," said Emily Neller. "I was in fourth grade at Maple Dale when I began peewee cheering for the Sycamore Athletic Club. I was so excited to finally be able to have the cool shoes like my friends that had cheered in years prior to me.

"I remember that smell when you walk in the door -- the smell of brand new sneakers that smacks you in the face. … I remember walking out of Brendamour's feeling like a queen of the castle," Neller said. "I'm now a soon-to-be 40-year-old with a sneaker obsession that is slightly abnormal for someone of my demographic. I credit my earlier years in cheerleading and those original Tretorns."

Cheerleading squads weren't the only teams shopping at Brendamour's. High school and community teams often purchased their uniforms at the store, which had a team sports division offering gear, uniforms, school jackets and screen printing services.

"Brendamour's was one of the only stores at Northgate Mall that carried Speedos that we had to wear for our swim team, the Hillandale Dolphins," said Rod Hallgath.

Founded in 1937 by Edward Brendamour Jr., the store began with a single storefront Downtown. A second location was added at the Tri-County Mall in 1959, and others quickly followed. Brendamour sold the business, which had grown to eight locations, in 1976 to Jerry Gordon, a former college basketball player who led Columbia University to an undefeated 1952 season.

Gordon grew the chain to a whopping 28 locations in 14 years and built its reputation through sponsorship deals including the Cincinnati ATP and the purchase of the Cincinnati Slammers, a Continental Basketball Association team, in the mid-1980s.

While the store became one of the largest sporting goods chains in the Midwest, it still offered a hometown feel to customers thanks in part to solid customer service and the long tenure of its staff.

"I remember their return policy. … I bought soccer shoes on Saturday and came in to return them on Sunday, with a cast on my arm. I got a refund, no questions asked," said Sandi Conover.

Increased competition in the sports market, with the introduction of a myriad of mall-based sports shops and big-box retailers offering low-ball prices, eventually cut into Brendamour's profits.

"Brendamour's, unfortunately, chose to compete on clothing and shoes where there were larger profits but where there was a lot of competition," said Stevens.

The chain began closing stores in 1994. The final blow came in 1997 when it lost its financing and filed bankruptcy. All remaining locations closed that year.