Remember This: Every trip to Wizard Records was a magical mystery tour of its own 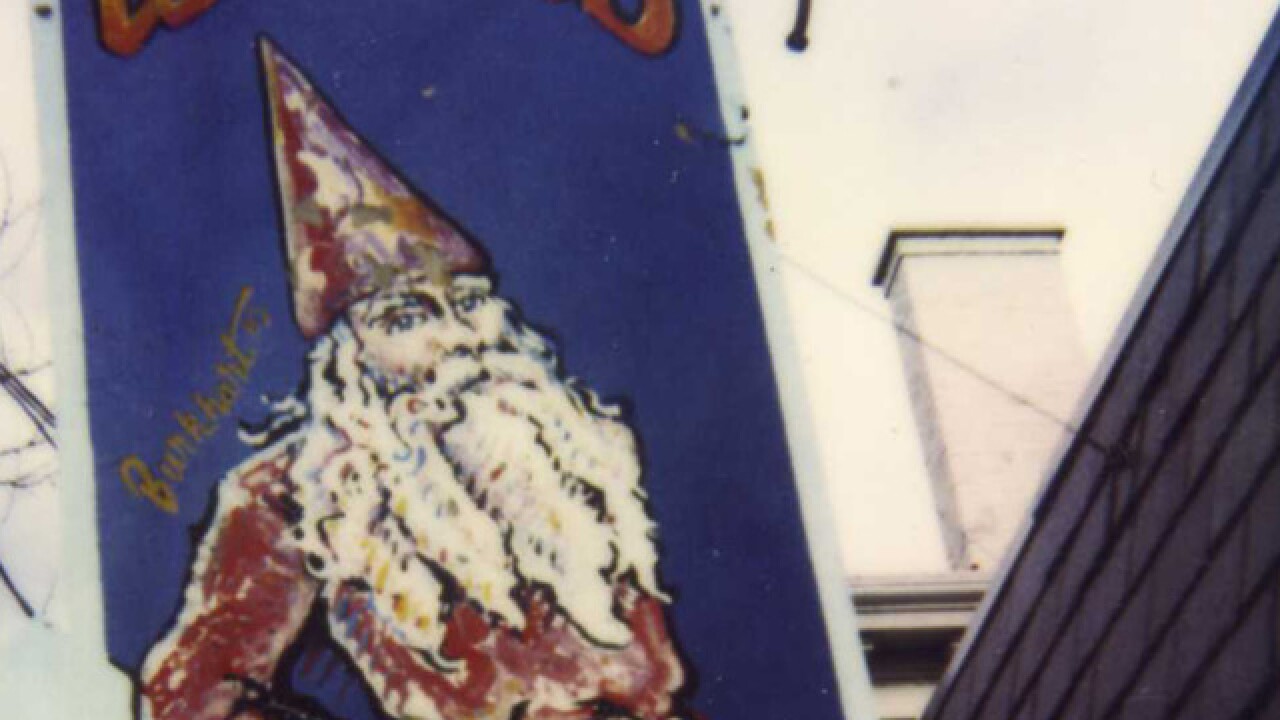 Copyright 2017 Scripps Media, Inc. All rights reserved. This material may not be published, broadcast, rewritten, or redistributed.
Provided
<p>Wizard Record & Tapes had a sign designed by well-known artist Fred Burkhart, who designed signs for many businesses in Cincinnati. (Photo provided by John James)</p>

CINCINNATI -- Once upon a time in a land not very far, far away, there was a place that seemed downright enchanted.

Musicians from throughout the land, both world-famous and struggling locals, would visit. Music lovers and "crate diggers" -- treasure hunters who loved rifling through peach crates of old vinyl LPs – frequented it. Wizened city dwellers searched for gold alongside wide-eyed suburban teens making their first trip into "the big city."

This place was in a land called Corryville, and even its name conveyed the sense of sorcery its many fans felt it deserved: Wizard. Or, more precisely, Wizard Records & Tapes.

"We lived in magical times," said John James, former owner. "There was something so magical about Wizard. Bands playing at Bogart's would do sound checks and then come hang out. We'd have their stuff displayed in the window."

Over the years, a who's-who hung around. Billy Gibbons of ZZ Top bought cassettes. Hardcore punk legend Henry Rollins shot the breeze with customers and even held someone's baby. Marilyn Manson and guitarist Twiggy Ramirez wandered in unannounced, dressed in meant-to-shock outfits -- floor-length, electric-orange dusters and Nazi gear. They said nothing and began catwalking, vogueing and sashaying around the store, then swaggered out just as silently and weirdly.

James remembers two sons of legends visiting the record store in a single week: Bob Dylan's son, Jakob, was in town with his band The Wallflowers, and John Lennon's son Sean was touring with Cibo Matto.

Wizard had three homes in the Short Vine area over the years. The original spot below street level on West Charlton had been Another Record Store when Tony Santone -- who owned Schoolkids Records in Athens -- bought it and created Wizard. James came in as manager on Halloween 1985, later becoming half-owner and, finally, owner. Wizard moved around the corner to Short Vine, with the West Charlton spot becoming The Cave, focused on used stock, and then across the street to a two-level store with a stage.

And they all, it seemed, wandered into Wizard at one time or another.

"Short Vine was the Greenwich Village or Soho of the area for so long -- the epicenter of the creative scene," said James. "All these great bands were in the area. Around the corner, Nirvana even played at Murphy's Pub."

So they did. Years before they became "Change the Music World Forever" Nirvana, Kurt Cobain and company played the local pub in 1989 and wandered the streets of Clifton and Corryville.

Bob Jonas was one of many suburbanites who found Wizard by chance and never wanted to leave. Today he's director of planning services for the Boone County Planning Commission, but in 1987, he was a University of Cincinnati freshman fresh out of Glen Este High School. A lifelong music lover and Beatles fanatic, Jonas found Wizard by accident and was soon spending hours a day between classes looking through albums and CDs and soaking up the vibe.

"I thought I had heard it all, everything commercially that you could buy," Jonas said. "I remember walking into the Cave and thinking, 'What is this?!' I'm seeing all these bootlegs and hearing songs I hadn't heard of, finding unreleased stuff from shows. Wow, new worlds opened up."

Discovering this magical new world thrilled Jonas, and he and his friends would dig for hours to find bootleg recordings. He and his friends still own several vinyl bootlegs from Led Zeppelin and the Beatles. James, too, still owns treasures from his Wizard days, including test pressings and acetates from famed Cincinnati label King Records.

"I remember walking into Wizard, especially the Cave, you had this mischievous feeling like you had a secret," Jonas said. "You went in with an anticipation of learning something completely new. Today there's nothing new under the sun, you know months in advance about any release. … But then, you'd walk in and hear about a tour you hadn't heard of."

Curious customers like Jonas were what made Wizard so much fun, James said, and the staff full of local musicians and aficionados separated the store from the pack. James said he probably employed half the musicians in Cincinnati at some point, along with people still influential on the music scene, such as Darren Blase, co-owner of record store and music label Shake It Records in Northside.

In 2000, with the Short Vine area becoming more rundown and dangerous, James moved Wizard to Oxford. He threw in the towel about a year later, with the economics of running a record store pressing in on him and the writing on the wall about the digitization of music. He was seeing all the college kids in the area starting to have CD burners on their computers, and, as he says, "You can't beat free."

Ever the music fan, James still loves to see live shows and discover new musicians. He "gobbles up" all the free stuff online on SoundCloud and the like. Still, he sure did love the Wizard Records days, when the hunt was half the fun.

"Every day was like a surprise," he said. "All the great music, it was like being in a museum. You were touching fossils, dinosaur bones and rare gems."

For those who loved it, Wizard was a small magical kingdom right in their backyard.