Remember This: Decades before Walmart, Cincinnatians bought everything they needed at Swallen's

They sold it all, 'from appliances to zucchini' 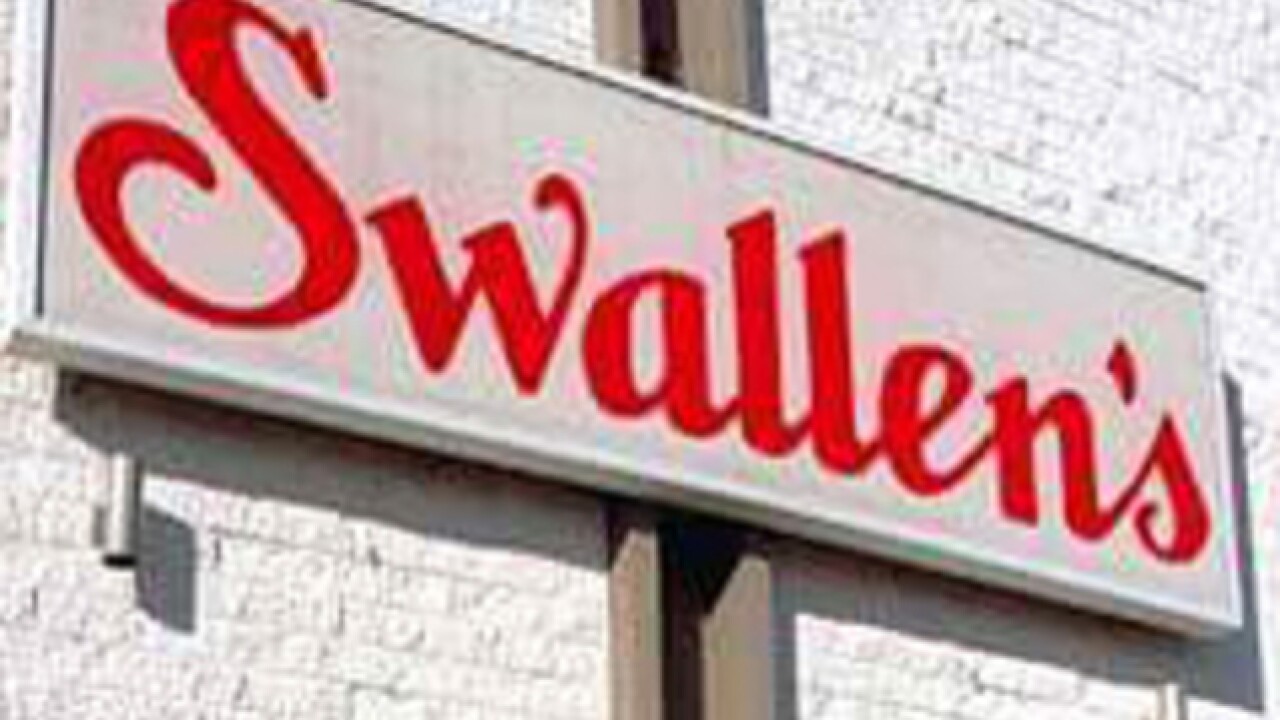 For generations of Cincinnatians, there was only one place to go when they needed something: Swallen's. Whether it was a new catcher's mitt for the kid or a headlight for the family sedan, the venerable local retail chain was almost certain to have it.

If you were looking for an album or a video game -- no problem. Set of radial tires? Outfit for your big date? A loveseat? Check, check and check.

But that's not all. Whether you needed an Easy-Bake Oven or a new kitchen range, a fireplace or a firearm, a pet hamster or even a pet rock, Swallen's could hook you up.

In fact, the iconic retailer once ran an ad claiming it sold everything "from appliances to zucchini."

"You could buy anything from diapers to a bass boat," said Tom Blasing, who was a Swallen's shopper all his life and worked there for 13 years after high school, until the chain went out of business in December 1995.

In this era, when Walmarts dot the U.S. landscape from sea to sea and countless other superstore chains compete to offer everything from an eye exam to imported cigars, the breadth and depth of Swallen's' selection might not sound so unusual. However, the Cincinnati chain was doing all this for decades before Walmart moved into the Ohio market in the late 1980s.

Although it grew to be a Cincinnati institution beloved by many, the value retailer had a modest start. Wilbur "Pat" Swallen, seeing an opportunity to sell to veterans returning from World War II, opened a discount store out of the basement and garage of his family's home on Red Bank Road in 1948.

The way Kevin Swallen has always heard the story, his great-grandfather Pat was so eager to succeed, "he literally sold their bedroom suite one night." The chain would eventually be run by Kevin Swallen's grandfather, Don Swallen.

By 1953, the burgeoning business had outgrown the family home, and Swallen built the first store in nearby Fairfax. Over the years, the chain would grow to have eight locations around the Tri-State and a reported $131 million in annual revenue in 1993.

Besides the huge variety of items offered, Swallen's was best known for the knowledge of its employees and the quality of its merchandise -- particularly considering the absolutely no-frills look of its stores, which had concrete floors, exposed duct work and zero interior design.

"It didn't just carry low-grade products, despite being a value chain," said Blasing, of Union Township. "It was often mid-grade and upper-grade items."

You can't mention Swallen's to longtime Cincinnatians or search on social media without hearing about families still using a toaster or vacuum or recliner purchased decades ago. Kris Noll of Morrow is still using an end table and coffee table she bought 20-something years ago. Not only are they sturdy as heck, but their simple design fits right in with her contemporary decor.

Noll had grown up shopping at Swallen's with her parents and siblings, so when she needed furniture for her own place in the 1990s, the $75-per-table sale price was hard to resist. Little did she know the pieces would last half her life.

Peter Mayer of Greenhills still uses the Sunbeam mixer he bought at the Tri-County store in the early 1980s.

"My wife and I laugh about it every time I make crepes. It's still going strong," he said.

Mayer also still has plenty of albums purchased in the Swallen's music department, including the popular WEBN Album Project releases (a musician, he was featured on two of the albums).

"I used to shop there a lot, especially for records and stereo equipment -- good-quality audio equipment," Mayer said. "The guy who ran the record department knew a lot about music, and I would sit and talk to him all the time."

The employees' understanding of the merchandise stood out for Blasing during his years working at Swallen's.

"It was a big differentiator -- they knew the products inside and out," he said.

During his 13 years as an employee, Blasing had plenty of laughs, learned a lot, and saw some interesting things, including a comedy-of-errors series of events one day that led to police pulling a gun on a questionable shopper, causing an employee to faint.

The beloved chain began having financial problems and coming to the close of its run in the mid-1990s and, Blasing said, it was sad to watch, with departments closing one by one and the amount of merchandise -- once a hallmark of the chain -- shrinking.

When the end came for Swallen's, it wasn't pretty. The company filed for bankruptcy in late 1995 and closed all locations by the year's end. Lawsuits and bad feelings followed, as some former employees grappled with financial losses from bonds issued by the company.

These days, Swallen's appears to retain its status as a beloved experience. Bringing up the name of the company almost anywhere draws out stories and memories. Kevin Swallen said members of his family are often approached by people wanting to share memories of shopping at one of the stores. And tons of former employees swap memories, photos and laughs on a Facebook page.

These days, you don't have to look far to find stores offering everything under the sun. But what they don't offer is the quirky, uniquely Cincinnati experience of Swallen's.