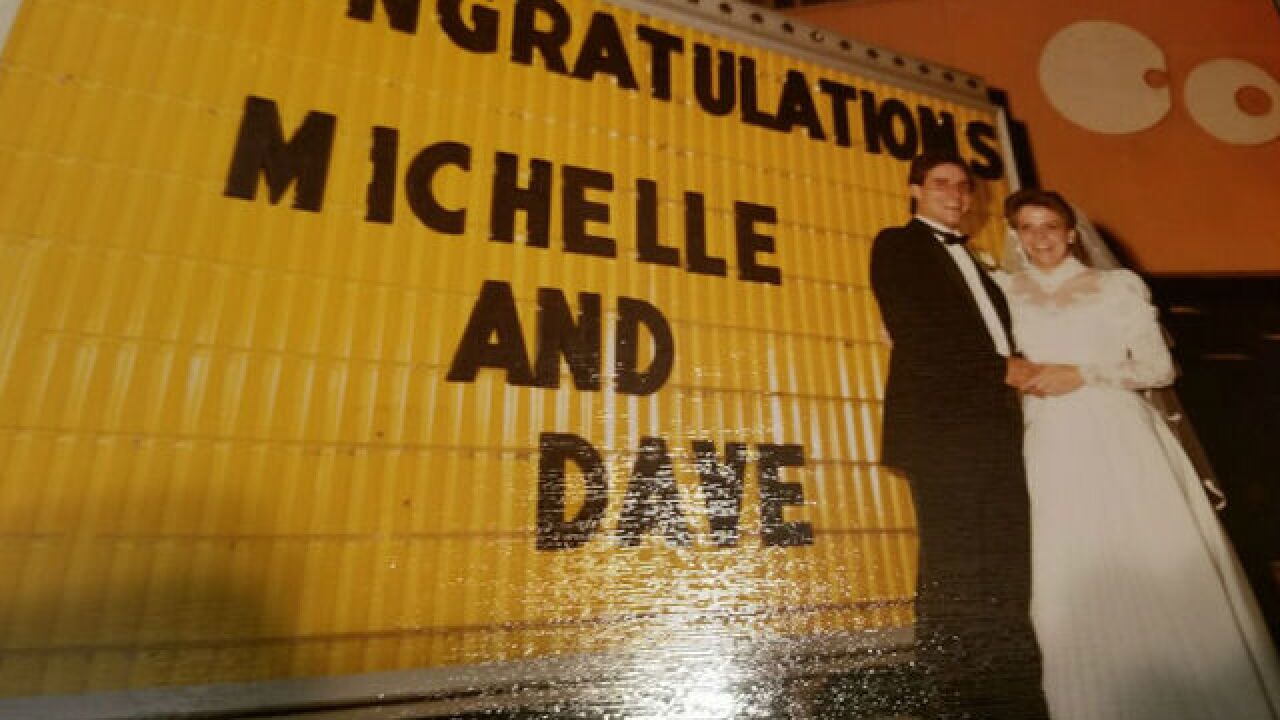 Copyright 2017 Scripps Media, Inc. All rights reserved. This material may not be published, broadcast, rewritten, or redistributed.
<p>The Chili Company was a crowd-pleasing restaurant chain in the Tri-State for years. Dave and Michelle Kolb, who met at the Cheviot restaurant, took wedding photos in front of the building. The couple will be married 33 years on Dec. 1. (Photo provided)</p>

Correction: A prior version of this story misstated the original location of The Chili Company. It was in the White Oak area of Colerain Township. WCPO regrets this error.

CINCINNATI – Cincinnati has a long history as a chili town, with no shortage of restaurants serving up the regional favorite. While locals disagree on which restaurant serves it best today, most chili lovers can agree that the Cincinnati chili world lost one of the greats when The Chili Company closed its doors in the late 1990s.

Like other chili-based restaurants, The Chili Company dished out coneys and three-ways, but it offered up a few extras that still have people talking nearly 20 years after it went out of business – cottage fries (with cheese!) that were as popular as the chili, pancakes, late-night hours and unlimited servings.

Free refills? Pretty please with cheese on top. Free refills weren’t just limited to beverages. All three-ways, four-ways and five-ways were unlimited, with many a patron testing the limits of the offer and their stomachs. Chili also came in a range of spice levels, starting with a traditional Cincinnati recipe and climaxing with the mouth-burning Torpedo flavor, a fan favorite.

Dave Kolb enjoyed the Torpedo flavor, but it was the late-night hours that drew him and his Colerain High School alums together after a night of adult beverages. Whether they were closing down Kipplings Pub, staggering across the street from The Knotty Pine or coming from any number of clubs Downtown, bar-goers made The Chili Company a must-stop destination before calling it a night.

“That was our hangout. We all went to different places during the night, but everyone ended up at The Chili Company,” Kolb said.

While all of the locations drew a late-night crowd, the original location in Colerain Township, which was managed for a few years in the 1980s by Dave Rose, brother of Pete Rose, was particularly busy once the bars closed.

“Every Friday and Saturday night was an adventure,” said Shelley Lang, who worked third shift at the Colerain location for two years in the late ‘80s. “The owners were amazing, the food was good and it was the only restaurant open after the bars closed in that area.”

It was during one of those late-night visits that Kolb met a sweet waitress named Michelle.

“She went to the University of Dayton and worked the drunk shift, or the late shift, on the weekend. She was the prettiest thing I’d ever scene, and if I hadn’t already been overserved I may not have had the nerve to ask her out,” he said. “I left her a $10 tip. Thirty-five years ago, that was a lot of money.”

Two years later, the couple was married. They marked the spicy start to their relationship by including the restaurant in some of their wedding photos. They will celebrate their 33rd anniversary on Dec. 1. While they’ve since given their chili loyalty to Skyline, they still have a soft spot for The Chili Company.

Not many people found their soulmate at the restaurant, but lots of people fell in love … with the cottage fries. Online posts about the restaurant include as many, if not more, enthusiastic posts about the fries – layered and topped with cheese, of course – than the chili. The side item was a real fan favorite, especially for those who couldn’t stomach a chili-topped late-night snack after an evening of drinking.

But the restaurant wasn’t busy only after the bars closed. Crowds lined up on weekend mornings for a cheap, chili-free meal. And some students were known to skip morning classes to enjoy a hearty breakfast on the weekdays. Breakfast specials included pancakes, potatoes, bacon or sausage and toast for less than $2.

Sadly, pancakes did not come with free refills.