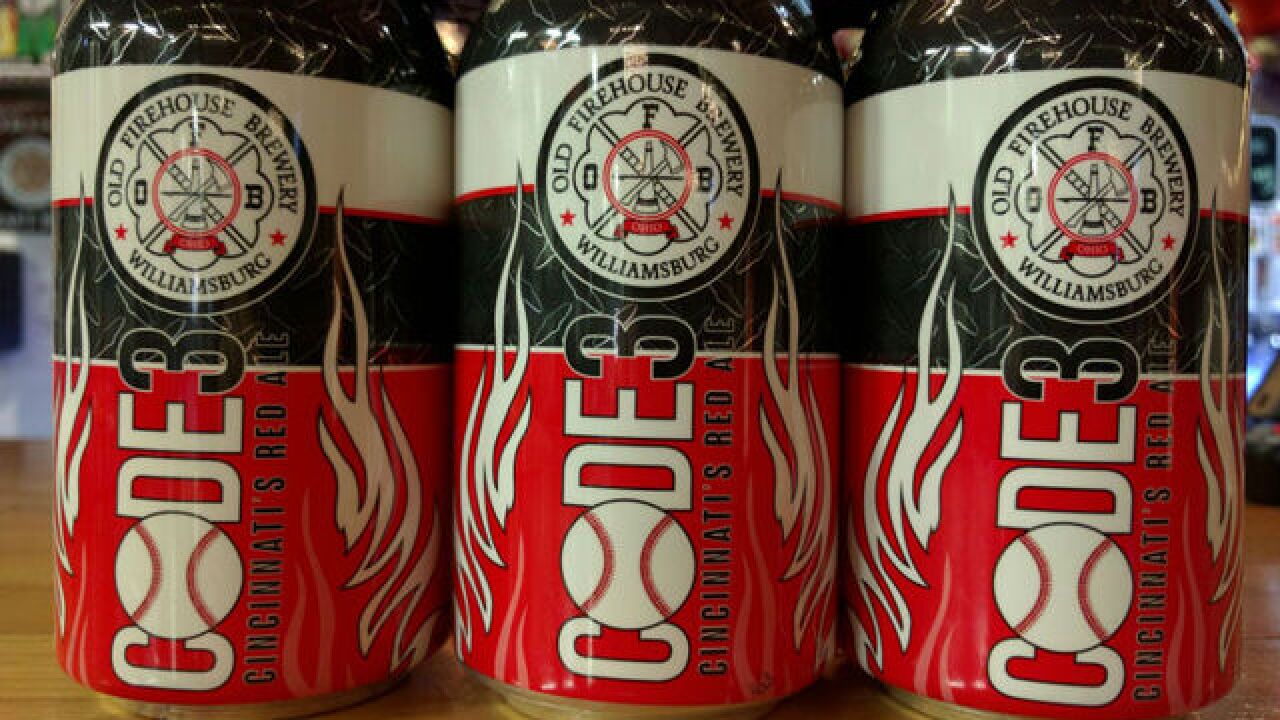 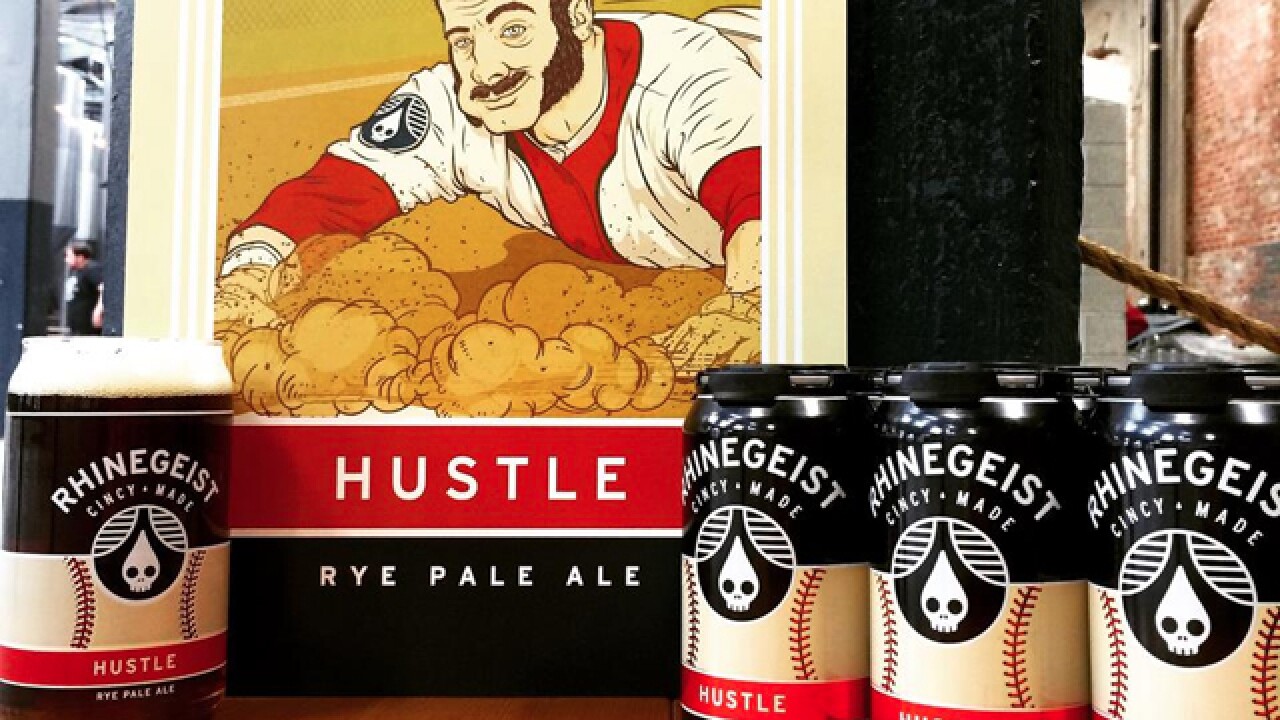 Opening Day will welcome not only a new baseball season, but a slew of baseball-related beers with it.

Two beers pay homage to Joe Nuxhall, the legendary Reds pitcher and broadcaster. MadTree’s Rounding Third is a salute to Nuxhall's famous radio sign-off, "This is the old left-hander rounding third and heading for home."

Rounding Third is MadTree's spring seasonal meant to celebrate Opening Day and the hope that comes from a new season of baseball. This beer is perfect for sitting on the porch listening to the ballgame on the radio. The recipe is available here for any homebrewers that want to re-create it themselves.

“We are really excited to be serving Rounding Third at Great American Ball Park this season. You'll find it at a few places around the stadium and it is easy to spot with the baseball bat tap handle,” said Mike Stuart of MadTree. “There will be lots of Rounding Third available on Opening Day at Fountain Square as we team up with Give Back Cincinnati to take over the square.”

Rivertown is offering the second tip of the cap to the Old Lefthander with Nuxy's Red Rye-P-A. It is a one-off batch to celebrate the Reds, first made last year to celebrate the city of Cincinnati for hosting the All-Star Game.

DogBerry might be the most baseball-crazed brewery in the area, though, with five different beers inspired by the local nine.

Turnin' Two IPA refers to a double play, On the Black IPA refers to a pitch that just caught the edge of the plate and On the Aisle Kolsch refers to Dogberry’s seats at the ballpark. Specific players inspired two more beers: Red No. 14 Amber refers to Pete Rose, and Eric the Red English IPA was inspired by Eric Davis, the electrifying centerfielder from the 1980s and early '90s.

“There is a poster in our taproom that shows Eric Davis with an oversized .44 Magnum pistol with baseballs for bullets; we use magnum hops to bitter this beer,” said Tony Meyer of DogBerry.

Taft’s Ale House has Second Base, an American lager that won Cincinnati's oldest homebrewers competition, earning a spot on tap at the brewpub. Second Base is meant to be a ballpark lager – an alternative to the mass-produced American lagers currently served at ballgames. It's a beer that head brewer Kevin Moreland said his father and grandfather – men who "drank the cheapest of beers" – would love, but it also will appeal to craft beer enthusiasts.

Old Wooden Tooth, a nod to George Washington, is a Russian Imperial Stout that has been aging in bourbon barrels for the past year. Packaged in 500-milliliter bottles, each one comes with a custom branded wooden box. Each neck flag and label are custom printed with nine colors, including a metallic copper ink on a cherry veneer label, and the bottles will be available for purchase on Opening Day at 9 a.m. in Nellie's Tap Room (Taft's ground-level bar), with a two-bottle limit.

Moerlein Red Lager, billed as “the perfect complement to spring weather and baseball,” also will be released in time for Opening Day. It will be red in color, in honor of the hometown team, and have a light caramel flavor without being hoppy.

Rhinegeist’s Hustle Rye Pale Ale already has begun popping up around town in its distinctive baseball-looking can. The name is a play on Pete Rose’s nickname, Charlie Hustle, and the taste reflects its namesake, offering a variety of flavors without being overpowering.

Fibonacci’s Belgian Tripel is called the Dummy Tripel and is named after Dummy Hoy, a baseball player who played for the Reds in the 19th century. The brewery has honored Hoy, the only player to ever throw three runners out at home in the same inning, by naming its Tripel (triple) beer after him.

Other baseball beers this season include Old Firehouse Brewing’s Code 3 Red Ale, which features a baseball on its new can; Ei8ht Ball’s popular Red Drink Red IPA, which features an homage to Ken Griffey Jr. on the label; Cellar Dweller's shout-out to the Reds’ mascot, a Red Rye IPA called Gapper; and Braxton’s Sparky, a hoppy wheat ale that will be in the taproom during baseball season only.

With so many beers to choose from, baseball and beer fans should be content this spring and summer – even if the mighty Casey does strike out.