Reds: Win or lose, fans can still have good time 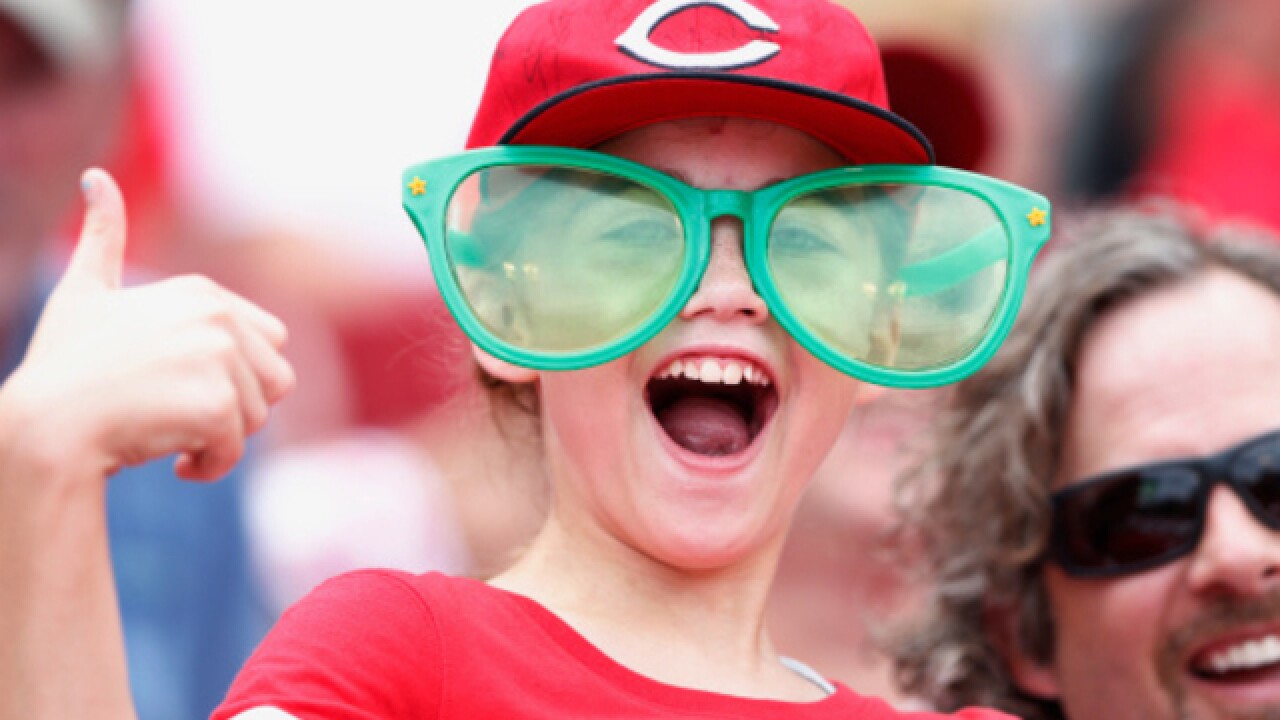 Joe Robbins/Getty Images
<p>The Reds are coming off a 98-loss season and have only promised to try to compete this year. Attendance is off this spring, but Phil Castellini, the Reds' chief operating officer, is trying to sell the Great American experience. "It's still a great place to come and see a ballgame," he says.</p>

The Reds knew this season would be a hard sell for the ticket department. No All-Star Game. And, more importantly, no promise from the baseball side that this year’s team would be a contender.

The results so far have been what you might expect.

If that average continues, the Reds will draw just under 1.8 million this year. They drew 2.4 million last year. They haven’t been below 2 million since 2009.

Phil Castellini, the club’s chief operating officer, is still hopeful that things will turn around — somewhat.

“Our core season-ticket holders are still with us,” Castellini said. “We had a lot of brokers that bought in for All-Star tickets. We knew they’d go away after. And the same with corporate. They’ve stuck with us. We’ve pretty much held the line with a little bit of growth. A lot of renewals of long-term relationships.

“So a lot of corporations are sticking with us. … It’s about the single-game sales. Weather, opponent, day of the week, all that stuff affects it. At the end of the day, our job is to sell the venue and the experience. We continue to do that. We’re doing all the stuff we normally do with the fireworks weekends, Sunday family days, good giveaways for Saturdays.”

The tried-and-true-giveaways, like player bobblehead promotions, are still pulling in fans. Joey Votto Super Hero Bobblehead giveaway on April 23 drew a sellout crowd of 41,660. That was the only sellout since Opening Day.

The Star Wars X-Wing Fighter Mr. Redlegs bobblehead did not do so well on Saturday. That game drew only 27,567.

The Reds gave away four current-player bobbleheads last year — Todd Frazier, Billy Hamilton, Brandon Phillips and Devin Mesoraco. Only Frazier’s, which was on a Wednesday night in April, didn’t draw well. It drew 23,012. Hamilton’s pulled in 36,291, Phillips’ 36,755 and Mesoraco’s a sellout of 42,285.

New this year, the Reds added the Fioptics District Rooftop patio in left field with views of the city. It’s the kind of place that will, hopefully, attract millennials.

“The reception has been great,” Castellini said. “The weather’s not there yet. I think during the peak summer months it’s going to be a home run. The first week was dicey. The next home stands, when the weather was better, we had a lot of people up there. Great feedback.

“Similarly, with Scene 75 in the Machine Room, all the kids that are going to it love it. Adding that arcade with the family restaurant is great. Wait till the kids get out of school and we’ll have a lot more volume. I think these things will continue to get traction as the season goes on.”

Castellini and the business folks, of course, are at the mercy of the baseball operation. Every team in Cincinnati knows this: You’ve got to win to draw. The Reds are coming off a 98-loss season and have only promised to try to compete this year.

Again, that’s hard to sell. So Castellini is trying to sell the Great American experience.

“I think the formula is in place for what we normally do,” he said. “It’s still a great place to come and see a ballgame. I think it’s an exciting team to watch. I think June, July and August will be great.

“Whenever we create new experiences at the ballpark, it takes time to get that word out. I think when that happens, things will pick up.”