Fay: Layne Somsen is the right guy for right now 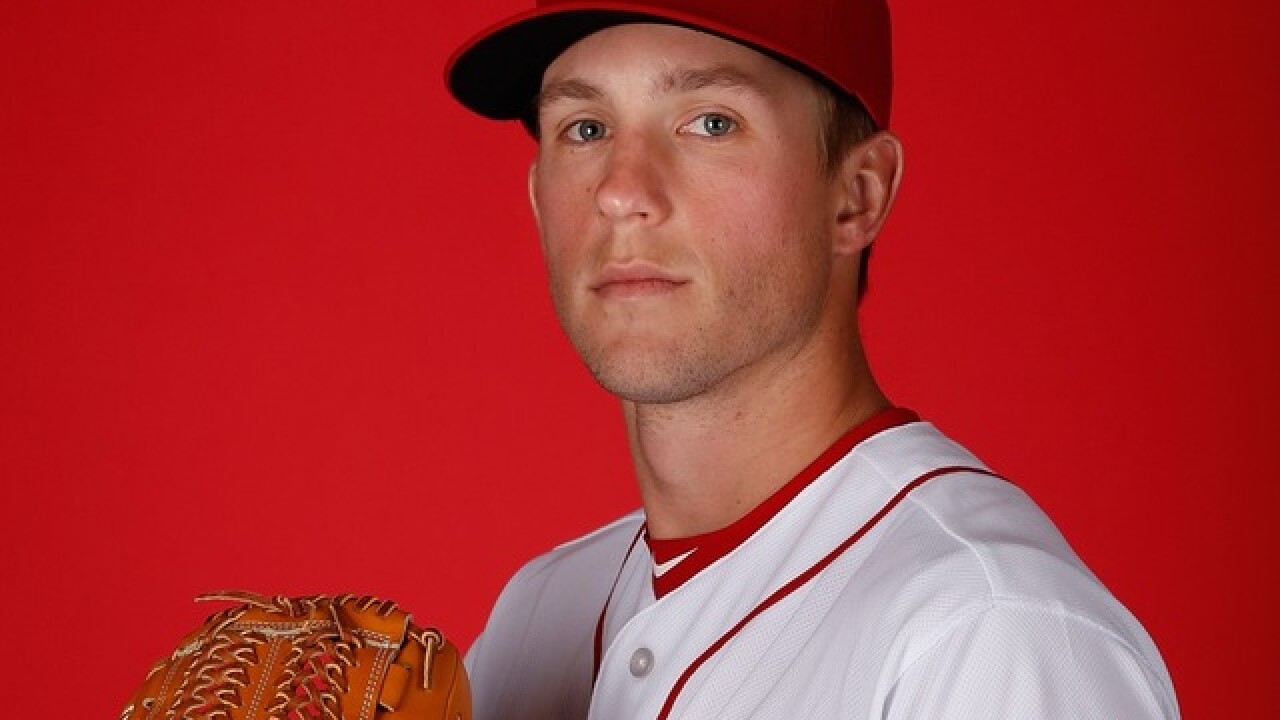 CINCINNATI — The Reds got it right with their daily roster move involving the beleaguered bullpen.

They called up right-hander Layne Somsen.

But Somsen was the right guy to call up. Why? Because he’s pitching the best of any reliever in Triple-A, and he hasn’t gotten a chance in the big leagues yet.

The Reds' last move with the bullpen was to bring back Drew Hayes to replace J.J. Hoover. In his previous stint with the Reds, Hayes allowed runs in three of his four outings, had a 7.56 ERA, had allowed 14 baserunners and three home runs in 8 1/3 innings.

Hayes did not pitch after being optioned back to Louisville. So what exactly led the Reds to expect he’d be any better upon his return? He wasn’t. He gave up a run on two hits in his first outing after returning.

At least Somsen comes up with a clean slate and great numbers at Triple-A. He pitched in eight games for the Bats and had a 1.29 ERA. He allowed six hits, six walks and struck out 15 in 14 innings.

Somsen, 26, has had good numbers at every stop in the minors since the Reds made him their 22nd-round pick in the 2013 draft out of South Dakota State — a 2.57 career ERA coming into this year.

Somsen was on the roster early this year while Jay Bruce was on paternity leave, but he did not get in a game. Somsen took Kyle Waldrop’s spot, meaning the Reds have an eight-man bullpen.

He was invited to big league camp for the first time this year, so Reds manager Bryan Price is familiar with him.

“He’s got some deception in the delivery, and he’s got a nice three-pitch mix with fastball, curveball, changeup,” Price said. “He’s been a multiple-inning guy. That has value for us at this point.”

The Reds have been reluctant to bring up their top prospects — Robert Stephenson and Cody Reed — in order to keep them under control for another year.

But they also have a lot of relievers who aren’t big-time prospects throwing well. Somsen was at the top of that list. So, again, good move in calling him up.

When the next opening arises in the bullpen (and that seems like just a matter of time), why not look at Double-A, where Daniel Wright, Nick Routt and Alejandro Pena all have ERAs of under 1.00?

At this point, it makes sense to wait until early June to make sure they don’t qualify as Super 2s. But this season will get more interesting when the Reds can — finally — safely bring up the elite prospects without fear of having them become eligible for arbitration a year early.

Until then, it makes sense to try a guy like Somsen. Or Wright. Or Routt.

Could they be any worse than what the Reds have gotten so far from the relief corps?