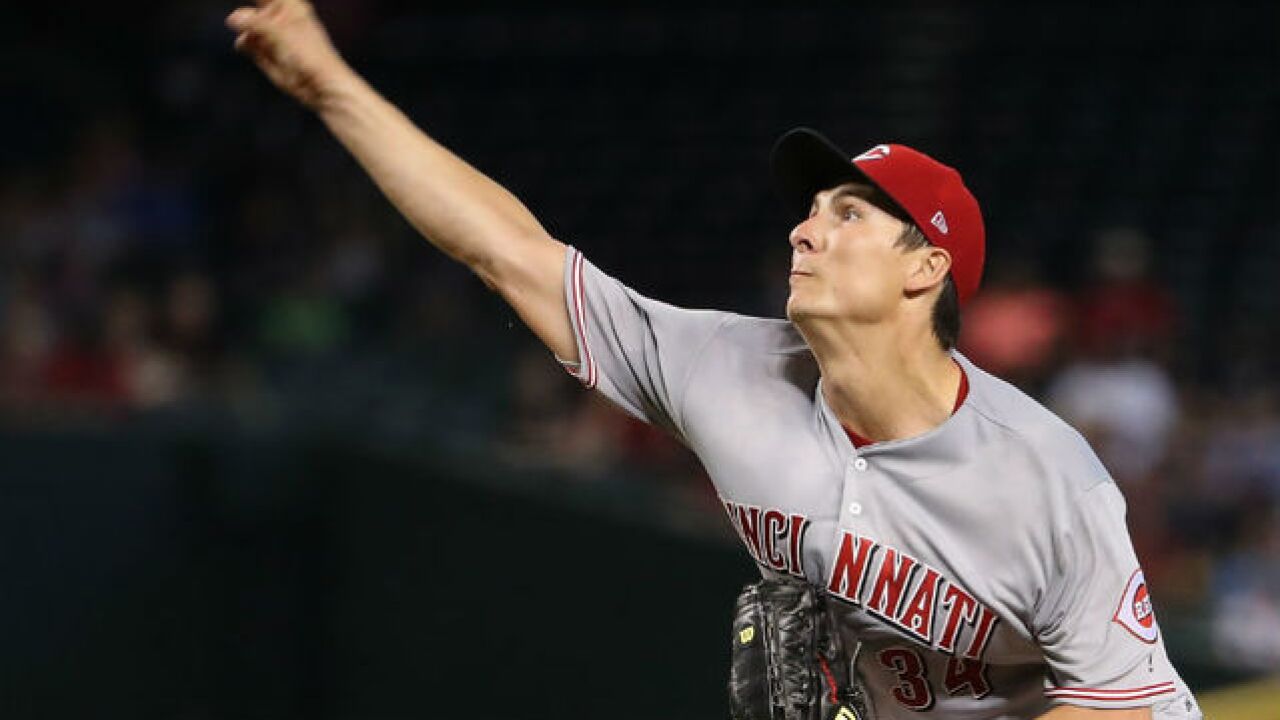 A team with a veteran, proven rotation would have a tough time surviving that. The Reds rotation was shaky coming into the season. When they lost the three guys expected to be at the top of it -- Homer Bailey, Anthony DeSclafani and Brandon Finnegan -- for huge chunks of time, the season was doomed.

If you’re a Reds fan, this is incredibly frustrating.

This doesn’t happen to other teams, does it? The Reds have to be among the most injured teams in baseball, right?

It does happen to other teams -- and the Reds aren’t in the top quarter of the big leagues in terms of pitching injuries.

Pitching staffs around baseball have been devastated by injuries this year. Through Friday, 107 starters and 122 relievers had spent time on the disabled list, according to spotrac.com. That number is incredible, particularly as far as starters, when you consider in theory teams would only need 150 starting pitchers combined to get through a season.

This year will likely blow those numbers away.

The Reds have had nine pitchers overall on the DL. Seven teams have exceeded that number: the Los Angeles Dodgers (15), Texas (14), Oakland (12), Seattle (11), Boston (11), the Los Angeles Angels (11) and Tampa Bay (10). Atlanta, the Chicago White Sox, Colorado, the New York Mets, San Diego and Toronto have had nine as well.

“The Reds have had some years where they’re a little bit higher,” said Will Carroll, who writes under The Injury Expert title and has studied injuries extensively. “But they’re never been way outside the normal.”

So the problem is baseball-wide. Spotrac.com calculated that pitchers were paid $444 million last year while on the DL.

The ways of measuring the impact of injuries vary.

“The days lost or dollars lost really doesn’t tell us anything,” he said. “For years, I’ve been trying to come up with a better measure. I think the thing you have to take into account with the Reds is how many young pitchers they have. There’s very likely some age adjustment. I just don’t know enough math to do it. I think (with) the Reds it’s bad. But they aren’t far outside the norms.”

The root of all these injuries, the experts say, is what the fans love -- the flame throwing that is routine these days.

“Velocity,” Carroll said. “Velocity and bad mechanics. Combine those two things and it only gets worse. What we’re asking guys to do is sprint a marathon. If you take a look back to the '60s and '70s -- there were pitching injuries, don’t get me wrong -- but once we got to the point where we could fix them, it seems to have done nothing but go up. Pitch counts certainly haven’t helped.”

“Maybe this is the price to pay for more velocity.”

“No. 1, I think the investment that teams are putting into these pitchers, they’re pulling the plug a lot earlier, (saying) ‘We’re not letting you pitch through this,”’ Kremchek said. “I think they see the investment and they don’t want to lose someone for the rest of their career. That’s No. 1.

“These kids are having arm problems in their 20s when they’re about to hit the big-league or high-minor league level and they’re struggling.”

The trend is likely to continue because more pitchers are throwing harder. The Reds drafted Hunter Greene, a right-hander, who threw 102 as a 17-year-old.

“You can see over the last five years (injuries) go up with the massive increase in velocity,” Carroll said. “A couple years ago, I came down with a friend. The Reds were up on the Padres. The Padres brought in this guy. I’m like, ‘Who is this guy?’ My friend’s says ‘you’re the baseball writer, you tell me.’ I had never heard of this guy in my life, and his first two pitches were 95, 96. When I was a kid, if somebody threw 95, I would know his name, his stats, what his dog’s name was.

The Reds are a shining example of that. They’ve had four pitchers -- Raisel Iglesias, Michael Lorenzen, Luis Castillo and Ariel Hernandez -- touch 100 this year.

The Reds and every team are looking for answers. The Reds hired Dr. Charles Leddon as the team’s director of sports science initiatives.

Job one for him: injury prevention.

“We try to incorporate all the different aspects of sports medicine, biomechanics, motor control, exercise physiology, nutrition, sleep,” Leddon said. “We look at all those things to see how to make our athletes better and how to prevent injuries.”

The Reds have done better in recent years in at least getting their top prospects to the majors. Ty Howington and Chris Gruler, two of the highest-picked pitchers in team history, were done in by shoulder injuries before they ever reached Triple-A.

Howington threw 141 2/3 innings his first year in pro ball. While there’s no magic pill to prevent arm and shoulder injuries, teams are much more cautious from the the start.

“I think the breakthrough is understanding,” Kremchek said. “You can’t avoid it. These kids are throwing more than they’ve ever thrown before they’re drafted. The one thing we’re trying to monitor is their overall health. Those are things we haven’t done as much in the past. Make sure that their core’s not tight. We really didn’t watch as much before. We’re watching their innings. The other thing that causes injuries is fatigue. We’re making sure the minor league kids don’t over pitch. That’s happened in the past with our kids."

Kremcheck added that every team is taking similar measures.

Carroll works for Motus Global, manufacturer of wearable devices. The Bengals, for instance, use GPS tracking to track players' heart rate, speed, effort level and other measurables during practice and adjust workload accordingly.

“What (Motus Global) makes is biomechanical sensors,” Carroll said. “What we have is a sleeve with a sensor in it. You slide it over your arm and it does a motion capture. We can tell with each and every pitch how much force you’re putting on your elbow and monitor the workload. You can slide it on every single starter with the Reds and know how many are over that limit.”

Motus is one of three companies that makes wearables approved for game use by Major League Baseball.

Price was a pitching coach for 25 years before he took over as Reds manager. He was in charge when the Reds had the healthiest starting staff in baseball. None of the five starters missed a start in 2012.

He is hesitant to try to explain why so many pitchers are getting hurt.

“There’s an epidemic of arm injuries,” he said. “I don’t know the answer. I know what my speculation is. I’m not a physical expert. All I know is the things I saw as a young pitching coach that matured into an old pitching coach. There’s been changes. But you can’t then, in turn, say the changes in the game are directly related to why we have more injuries.”

But he does know this: The Reds have to have a better rotation to compete. And what's the most important thing in building a rotation?

“We have to first of all stay healthy,” he said.