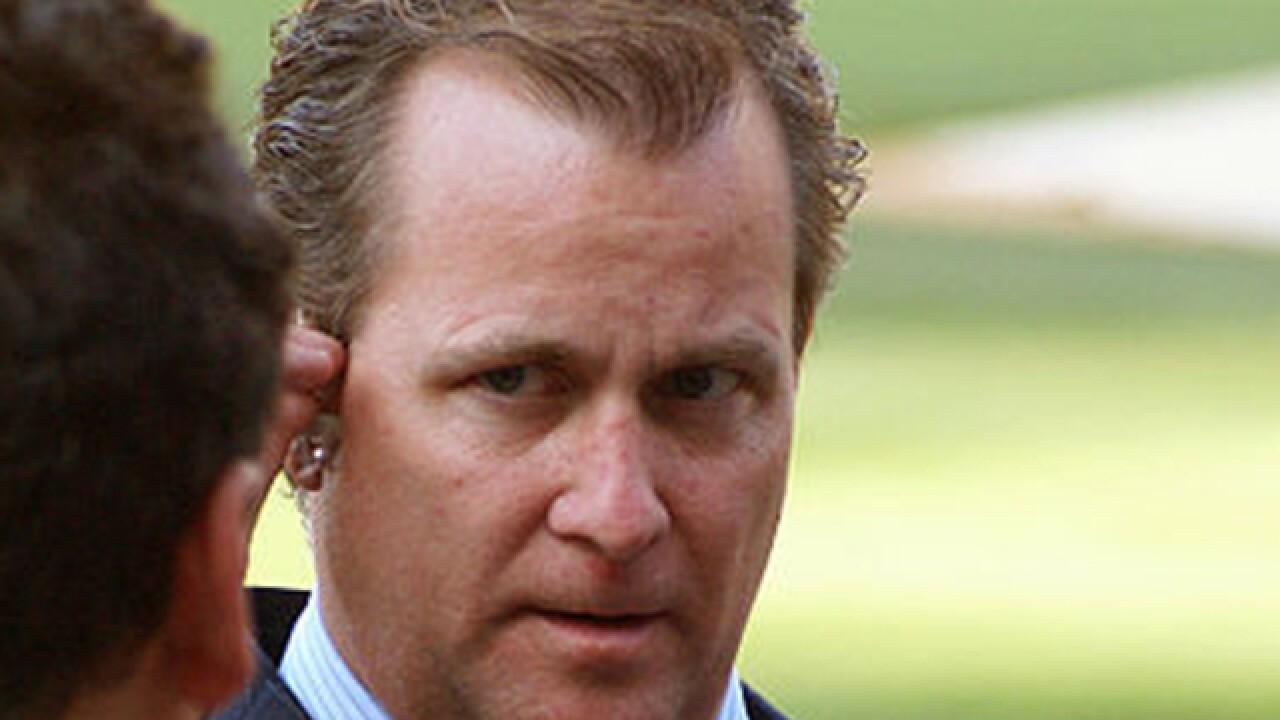 Creative Commons
<p>In a 14-year pitching career, Jeff Brantley has lived the pain of losing and knows what the Reds have been going through.</p>

CINCINNATI -- The tone is familiar. It’s the sound of uncertainty — unqualified doubt. It’s been around as long as baseball itself, no stranger to any clubhouse in the game. At one time or another, it has affected every team, every player.

In a 14-year career, Jeff Brantley has experienced it, heard it — lived it.

He laughed, then, like a man remembering a date gone badly — no harm, no foul, but an unforgettable experience, nonetheless.

After 11 years with teams that won more than they lost — the Giants, Reds and Cardinals — Brantley found himself doing time with the Phillies in 1999 and 2000.

“You find yourself looking around at one another, wondering, ‘How we gonna lose this one? What’s gonna happen today?’” he said. “Instead of coming to the park expecting to win, you come in hoping you don’t lose. You can’t have that. It don’t work … You’re not saying it out loud, but it’s in your head, and when it reaches that point, that’s when you’re pretty well lost.”

He knows what losing can do. At its extreme it can be corrosive, deteriorating.

“It can rob you of your drive, your belief in yourself," he said. "That’s the big thing. Once you’ve lost that, brother, might as well pack it in.”

In his 10th year as a Reds broadcaster and analyst, he watches a team swim upstream against a current of losses. Of course, there is a great difference between losing and losing. Right now, the Reds are fighting to avoid the latter, and without much success.

They recently completed a stretch of 10 losses in 12 games, including six straight. In that stretch was a demeaning 16-0 loss to the first-place Chicago Cubs in which they not only were battered about on their home field, but also were no-hit by Jake Arietta, the 2015 Cy Young Award winner.

Afterward, manager Bryan Price met with members of the media. One reporter asked what the mood was like in the clubhouse.

For a long moment, he looked at the reporter. Then he turned to assess the expressions of those around him awaiting his response. Surely it was a question that didn’t require an answer. Yet, he answered in quiet, measured tones.

It was “demeaning,” he said. He described it as “humiliating.”

In a few words, he said plenty. They lost the next day, 8-1, before getting a 13-5 win against John Lackey and the Cubs. Then came six straight losses, a stretch in which they scored 10 runs and allowed 32.

“After a point,” Brantley said, “it starts to get to you — weighs on you — and you really can’t get away from it.”

Leaving the job at the office is more ambition than realization, especially for a ballplayer whose success or failure is broadcast news — and around the clock.

The news leaks in as tight as the shell might appear to be:

•The Reds rank 24th in the latest power rankings

•In their first 25 games, they had eight quality starts

It doesn’t stop, and, somehow, the good news never seems as loud, or as bold, as the bad.

“The position players — are okay,” Brantley said. “If Billy Hamilton can find a way to get on base, that changes everything. When he’s on base, he’s by far the most electric player I’ve ever seen. But he still has to get on base…

“You have to give him as much rope as you possibly can because of his talents on the bases and in the outfield. I don’t know that you can say there is anybody out there in center field as good as he is.

“And sooner or later, you gotta believe Joey Votto is gonna hit (as of May 4th, he had four extra-base hits), but now you got Devin Mesoraco hurt.”

Injuries, Brantley said, are complicating matters even further, and especially when it comes to pitching.

“But right now with Homer Bailey hurt and Anthony DeSclafani, you got a lot of young kids (starting pitchers) trying to find their way,” he said.

“When it comes to the bullpen, it’s a whole different matter,” he continued. “You got to wonder if the guy (you call on) is gonna throw strikes, or if anybody can throw strikes.

“That’s what makes it so difficult: not being able to count on winning a ballgame when you have the lead late in the game. It starts to make the manager leave starters in longer than he should, and hitters press to score more runs earlier in the game, and that has the opposite effect.

“Then, it puts an extreme amount of pressure on every reliever in the bullpen because they don’t want to be that guy (who gives up the lead). You end up with a loss of confidence that takes away from the entire club.”

For now, that’s where they stand.

“They are hoping when they get Bailey and DeSclafani back, it will be a real boost in their confidence,” Brantley said. “But, when will that be?”