What are OTR's Top 9 historic redevelopments? 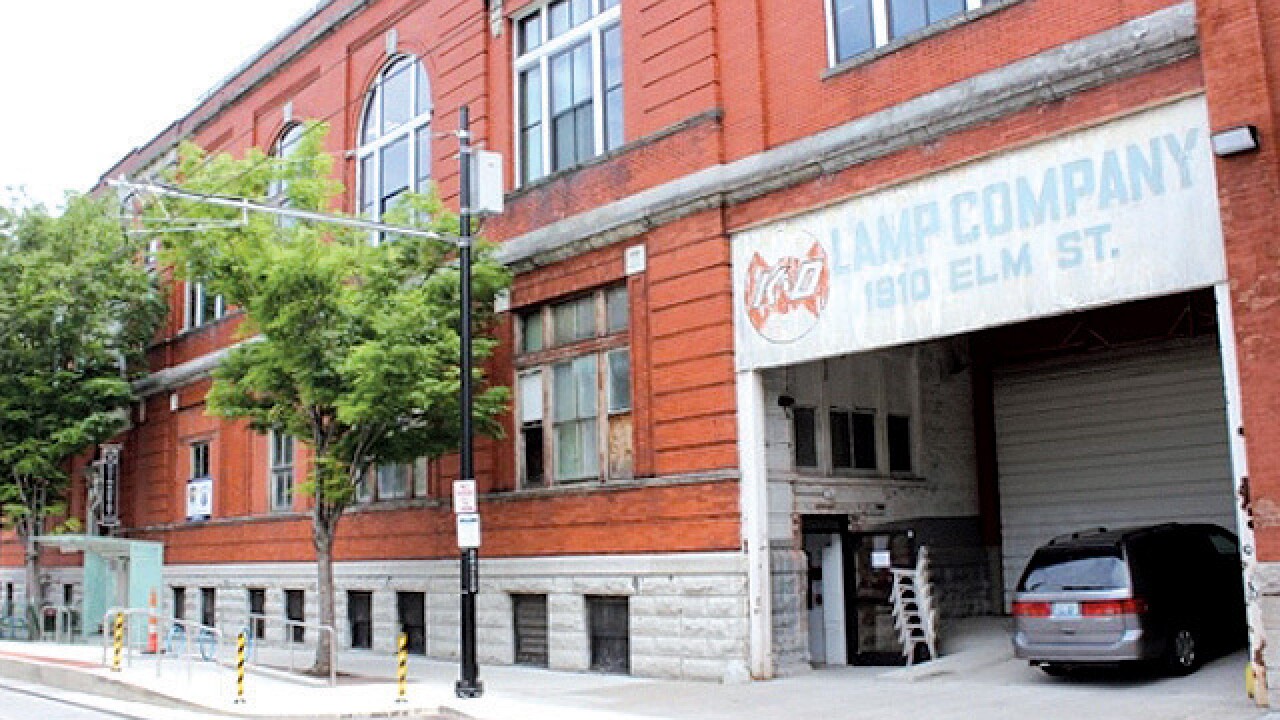 <p>The three-year-old Rhinegeist brewery and taproom is in the former Moerlein Brewing Co. bottling plant on Elm Street in Over-the-Rhine. Starting in September it will be a streetcar stop. (Greg Paeth for WCPO)</p>

This is the first of three stories on the redevelopment of historic buildings in the Tri-State.

CINCINNATI — Architects, preservationists and others who know that a keystone isn’t just a brand of beer were asked to provide their thoughts about some of the best recent building redevelopment projects in Over-the-Rhine.

We asked for top-of-the-mind opinions, not the product of lengthy research.

We received about 15 candidates for this list, then whittled that down to the Top 9 so that the final product reflected some variety in building use. For better or worse — and with no claim of being comprehensive or academic — here’s our take:

1. Rothenberg Preparatory Academy (241 E. Clifton Ave.): Although the school doesn’t date to the 1800s like most of the other buildings on these lists, there was a huge debate in the community and in the school system about whether Rothenberg should stay or whether it should go. Margo Warminski, preservation director for the Cincinnati Preservation Association, said the school had been threatened with demolition for 10 years and that it was saved through persistent advocacy by the Over-the-Rhine Foundation and community groups. It eventually was renovated by Cincinnati Public Schools, and the project received a preservation association award two years ago.

2. The Transept (1205 Elm St.): The event space and bar that opened in October gets high marks from John Blatchford. He’s co-founder of the Cincinnati Preservation Collective, a board member of the organization that wants to create a museum in Over-the-Rhine and the owner of Kunst, a small development company that specializes in historic restoration and historic tax-credit projects. The German Gothic revival-style building was built in 1868 as the home of the German Evangelical and Reformed Church. The congregations, one of the city’s oldest, dates to 1814. It became St. John’s Unitarian Church in 1924; that congregation moved to Clifton in the 1940s.

3. Taft’s Ale House (1429 Race St.): The brewpub opened in the former German Protestant church in April of last year after the owners invested about $9 million in the building, including about $1 million from the Cincinnati Center City Development Corp., the nonprofit known as 3CDC that has been a driving force in Downtown and OTR development.

Chris Meyer, an architect with Hub + Weber Architects in Covington and a member of Covington’s Urban Design Review Board, offered high praise for the project. “… The Taft’s Ale House renovation is really incredible, both inside and out. It has a new contemporary interior that’s totally compatible with the historic character of the building,” Meyer said in an email. Blatchford of the preservation collective also had good things to say about this project.

4. Elm Street Senior Housing (1500-1506 Elm St.): Built as an icehouse for beer baron Christian Moerlein, the three buildings were adapted for 15 units of affordable senior housing by Over-the-Rhine Community Housing and the Model Group, according to the preservation association, which recognized the project with an award two years ago. Vacant for more than a decade, the buildings needed top-to-bottom rehabilitation. More than 60 percent of the joists were replaced, the association said. Many of the original features were preserved, including the arcaded stone storefront and the stained glass storefront transom windows.

5. Rhinegeist (1910 Elm St.): This building was another part of the Moerlein brewing complex at the turn of the 20th Century. Rhinegeist’s three-year-old brewery and taproom are in the old bottling plant for the Moerlein Brewing Co., which traces its Cincinnati roots to 1853. The Elm Street building dates to about 1895, around the time when the city was home to 38 breweries, according to a building history put together by Rhinegeist. The Moerlein brewery closed down right around 1920, when Prohibition became law throughout the country. The Moerlein brand was re-introduced in 1981.

6. Parvis Lofts (1401-1423 Vine St.): The $12 million project included 32 apartments and more than 15,000 square feet of retail space in 10 buildings on the west side of Vine Street. The project is described as the first market-rate apartment project for 3CDC. Warminski of the preservation association had good things to say about Parvis Lofts and pointed out that it received an award from her organization in 2011.

7. Crown OTR (1739 Elm St.): The building just across from Findlay Market had been occupied by the Crown Furniture Co. from 1930 until the furniture store vanished a while back and the first floor was converted into a convenience store. The building, which is on the streetcar line, has four apartments, office space on the second floor and a first floor designed to house a restaurant. At this point, however, the owners have not found a tenant for the restaurant space. The building dates to 1865, according to the Crown OTR website.

8. Magnolia Street rowhouses (between Central Parkway and Elm Street): Warminski said she’s impressed with all of the work that individual property owners are doing with six attached brick rowhouses between 217 and 227 Magnolia. Some of the buildings have considerably less than 2,000 square feet of space, which is relatively modest when compared to some of the other older homes in Over-the-Rhine.

9. Artichoke (1824 Elm St.): This building, on the fringe of Findlay Market, is one of the best examples of how old buildings can be brought back to life with a little creativity, according to Blatchford of the preservation collective. Brad and Karen Hughes opened the cookware store and demonstration kitchen last year. “As longtime customers at Findlay Market, we saw the need for a store specializing in cookware. While the market has a wealth of wonderful foods of all kinds, we often found ourselves having to travel elsewhere to find that special pot or prep tool,” the owners say on their website. The four-story Nieman Building, which the owners rehabbed, is Italianate Victorian in design.

Top 9 endangered buildings across the Tri-State.