Redevelopment Authority's involvement could save $1 million on downtown Kroger construction 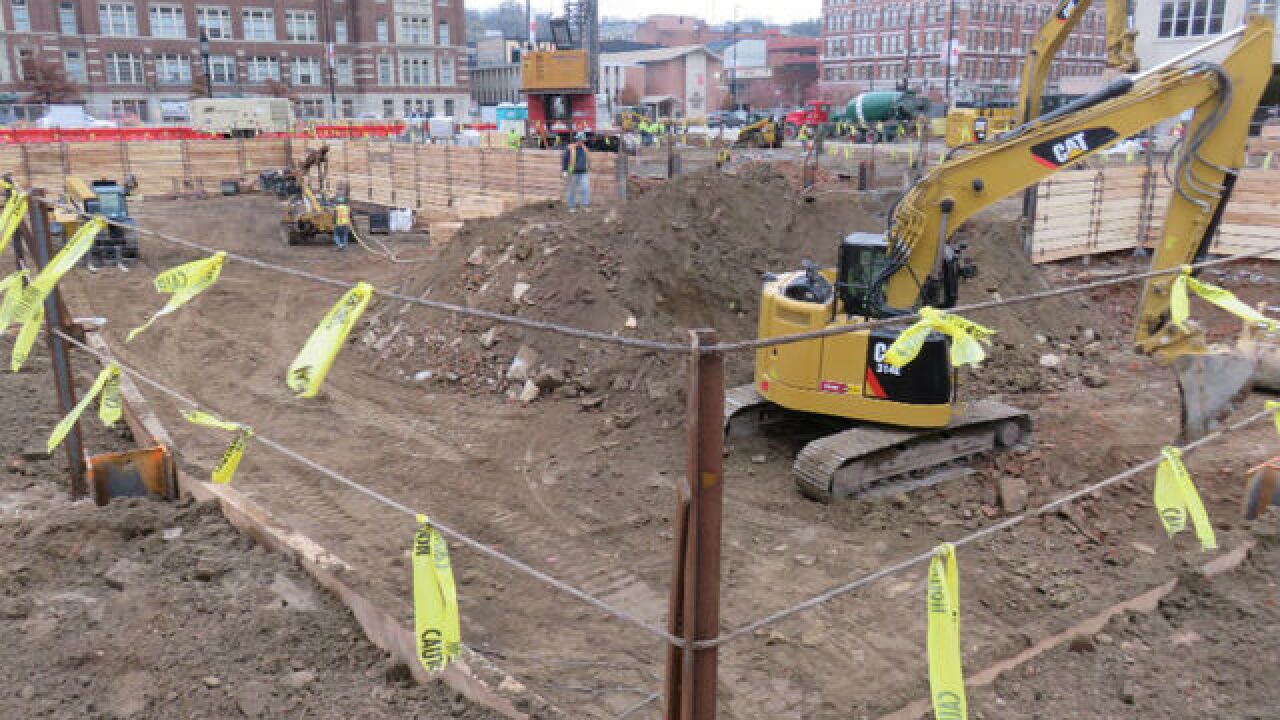 Copyright 2017 Scripps Media, Inc. All rights reserved. This material may not be published, broadcast, rewritten, or redistributed.
Provided/3CDC
<p>Construction at the corner of Court and Walnut streets -- the site of a $90 million development that includes a Downtown Kroger -- began in September. (Provided/3CDC)</p>

CINCINNATI -- The Greater Cincinnati Redevelopment Authority will have a hand in a multi-million-dollar Downtown development that includes a long-anticipated Kroger grocery store.

The agency, sometimes referred to as the port authority, extended a capital lease to the company on Wednesday that will help offset construction costs on the building at the corner of Court and Walnut streets. The store is part of a $90 million, 18-story, multi-use development that also includes a 555-space parking garage and 139 multi-family apartments.

The Redevelopment Authority will either issue bonds or execute similar lease agreements for those aforementioned projects, too. Those financing tools offer cost savings for developers and investors.

“We are very, very pleased and excited to be involved in this big, catalytic project," said Todd Castellini, vice president of public finance for the Redevelopment Authority. "It's significant."

The Redevelopment Authority will own the Kroger site and lease it back to the company. That will help offset construction costs -- the agency is exempt from paying sales tax on building materials.

The Authority will also execute a capital lease with CW Joint Venture LLC, a joint venture between North American Properties and Rookwood Properties, for the planned apartments. Construction on that component of the development is expected to begin in the third quarter 2018.

Castellini said, conservatively, the agreements could save Kroger and CW more than $1 million combined.

Kroger's estimated investment stands at $21.5 million, while CW Joint Venture's is $32.6 million. The Redevelopment Authority will receive one-time revenues of $60,000 and $125,000, respectively, in the lease deals.

The Redevelopment Authority, in addition, will issue up to $10.5 million in tax-exempt bonds to finance part of the parking garage build. As a quasi-governmental agency, the Authority is an eligible issuer of conduit bonds, which offer a lower cost of interest. The bonds will be financed by PNC and Fifth Third banks.

The agency will also authorize up to $7 million in TIF, or tax increment financing, bonds for the remainder of the parking structure.

A portion of the garage will be owned by the city of Cincinnati and leased to and operated by Cincinnati Center City Development Corp. (3CDC), the project developer. The other portion will be owned by a 3CDC affiliate, Castellini said. Of the 555 spots, he said 139 will be reserved for Kroger customers.

"This is all hands on deck. The project itself was so tight (financially)," he added. "It's an important thing for the city, and it's that missing piece that connects Downtown to Over-the-Rhine."

Overall, the project is expected to create 1,200 construction jobs with a $7 million annual payroll. Kroger itself expects to hire 65 permanent full-time employees with an annual payroll of $3.6 million, agency officials said.

Construction at the site began in September. Kroger expects to open in spring 2019, per Redevelopment Authority documents.